The USPTO refused to register the proposed mark PARMA COFFEE for "chocolate; chocolate-based beverages; cocoa; cocoa-based beverages; coffee extracts; coffee and coffee substitutes; honey; honey substitutes; natural sweetener; sugar; tea; tea extracts; tea-based beverages; preparations for making coffee-based beverages" [COFFEE disclaimed], deeming it primarily geographically descriptive under Section 2(e)(2). Applicant conceded that Parma is an Italian city "well known for its architecture, music, art, ham and cheese," but not for the products identified in the application. How do you think this came out? In re A. ZETA S.R.L., Serial No. 88300086 (September 21, 2021) [not precedential] (Opinion by Judge Thomas W. Wellington). 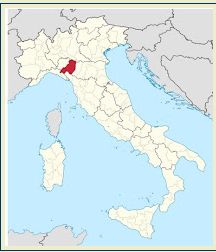 The test for geographical descriptiveness under Section 2(e)(2) has three required elements:

The inclusion of the generic term COFFEE in applicant's mark does not alter the Section 2(e)(2) analysis.

Applicant pointed to six third-party registrations for the mark PARMA for various goods and services, as well as its own EU registration for the proposed mark. The Board once again pointed out that each application must be examined on its own record, regardless of any earlier mistake the Office may have made in registering another mark. The EU registration, the Board observed, is irrelevant.