The Scotch Whisky Associaton opposed an application to regiter the mark BURNS NIGHT for "Malt whisky; Whiskey" on two grounds: geographically deceptive misdescriptiveness under Section 2(e)(3), and deptiveness under Section 2(a). The Board had denied Applicant ASW's Rule 12(b)(6) motion to dismiss for failure to state a claim, but on reconsideration granted the motion in part. It ruled that the Association had failed to plead a claim under Section 2(e)(3) and under the "wines and spirits" provision of Section 2(a), but did sufficiently plead a claim under the general deceptiveness portion of that Section. The Scotch Whisky Association Ltd. v. ASW Distillery, LLC, Opposition No. 91252682 (February 16, 2021) [precedential].

Section 2(a): ASW argued that the Board erred in allowing opposer's claim under the more general deceptiveness provision of Section 2(a) because, it asserted, only the portion that specifically pertains to wines and spirits should apply here, and the Association failed to satisfy that portion. Section 2(a), in pertinent part, reads as follows:

The Board disagreed. First, it observed that "the plain language of the general deceptiveness provision does not exclude wines and spirits, and that provision has previously been held to apply to spirits." See In re Spirits Int'l, N.V., 562 F.3d 1347, 90 U.S.P.Q.2d 1489 (Fed. Cir. 2009). As to ASW's argument that the addition of the "wine and spirits" provision in 1996 made the general provision inapplicable, the Board pointed out that this language was added as a result of the implementation of TRIPS in order to provide "[a]dditional [p]rotection" for wines and spirits. Congress did not say that this addition rendered the general portion of the Section 2(a) descriptiveness provision inapplicable. Nor did Congress overrule the decision in Scotch Whiskey Ass'n v. U.S. Distilled Prods. Co., 952 F.2d 1317, 21 .U.S.P.Q2d 1145, 1146-7 (Fed. Cir. 1991), which applied the general provision in a case involving the mark MACADAMS for whisky.

The Board agreed, however, that opposer failed to state a claim under the "wines and spirits" portion of Section 2(a), which specifically refers to a "geographical indication" that "identifies a place."

The Notice of Opposition alleges only that the involved mark BURNS NIGHT "is highly evocative of Scotland when used on a whisky product" because the mark refers to celebration of Scottish poet Robert Burns' birthday (1 TTABVUE 5, paragraph 7). While Opposer, in the ESTTA cover form of the notice of opposition, alleges that the mark is a "[g]eographic indication which, if used on or in connection with wine or spirits, identifies a place other than the origin of the goods" (1 TTABVUE 1), the mere general mention of a claim in the ESTTA cover form for a complaint is insufficient to plead that claim. See Embarcadero Techs. Inc. v. RStudio Inc., 105 U.S.P.Q.2d 1825, 1827 n.2 (T.T.A.B. 2013).

The Board nevertheless found these allegations sufficient to plead a claim under the general deceptiveness provision of Section 2(a). 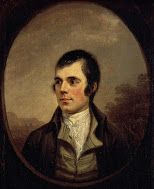 Section 2(e)(3): A mark is primarily geographically deceptively misdescriptive when (1) the primary significance of the mark is a generally known geographic location, (2) the goods or services do not originate in the place identified in the mark, and (3) purchasers would be likely to believe that the goods or services originate in the geographic place identified in the mark, and the misrepresentation is a material factor in a significant portion of the relevant consumer's decision to buy the goods or use the services. See In re Miracle Tuesday, LLC, 695 F.3d 1339, 1343, 104 U.S.P.Q.2d 1330, 1332 (Fed. Cir. 2012).

ASW contended that a required element for a Section 2(e)(3) claim is missing from the Notice of Opposition: that the primary significance of the mark is a generally known geographic location. The Board agreed, and so it dismissed this claim.

Conclusion: The Board granted the request for reconsideration as to the "wines and spirits" and the Section 2(e)(3) claim but denied it otherwise. The association was allowed twenty days "to file an amended notice of opposition in accordance with the foregoing." [Presumably meaning that the Association may add the required geographical language to its rejected claims].