[This guest post was written by Kira-Khanh McCarthy, a law clerk in the Trademark Group at Wolf, Greenfield & Sacks, P.C.].Following an analysis of the oft-cited Benthin factors, the Board reversed a Section 2(e)(4) refusal to register THE MERRIWEATHER for hotel services.The Examining Attorney rejected the mark as primarily merely a surname, citing search results and other online sources as evidence.Applicant IMC Columbia, LLC argued, inter alia, that "Merriweather" has additional, non-surname meanings and that the addition of the definite article "the" gives the mark "the look and feel of the name of a building rather than a surname."In re IMC Columbia, LLC, Serial No. 88094045 (November 17, 2020) [not precedential] (Opinion by Judge Thomas W. Wellington). 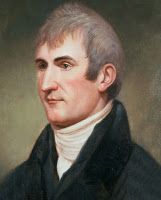 Consumers' Exposure to MERRIWEATHER Used as a Surname: U.S. Census data submitted by the Examining Attorney shows that approximately 4,793 people have Merriweather as a surname, and it is ranked 6,989th in total numbers as a surname in the U.S.The Examining Attorney also submitted evidence showing "Merriweather" used as a surname by individuals such as NFL player Mike Merriweather, pianist and singer "Big Maceo" Merriweather, and Harlem Globetrotters player "Money" Merriweather.Despite this evidence, the Board determined that "Merriweather" is not a common surname.However, "[t]he relevant question is not simply how frequently a surname appears . . . but whether the purchasing public for Applicant's services is more likely to perceive Applicant's proposed mark as a surname rather than as anything else."In re Beds & Bars Ltd., 122 USPQ2d 1546, 1551 (TTAB 2017).Although the evidence showing several individuals of notoriety have "Merriweather" as a surname, the Board found "it is very unlikely that the purchasing public encounter individuals with [that] surname."

No One Associated with Applicant has Surname MERRIWEATHER: Applicant confirmed, and the Examining Attorney acknowledged, that no person associated with IMC has the surname Merriweather.This factor was thus neutral in the Board's analysis.

Any Recognized Non-Surname Meaning for MERRIWEATHER: The Examining Attorney submitted "negative dictionary" evidence (i.e., printouts from a dictionary database showing that "Merriweather" has no defined meaning) to show that there is no recognized meaning of the term.Applicant asserted that "Merriweather" may also be recognized as a given name such as in Marjorie Merriweather Post and Meriwether Lewis (of Lewis and Clark).Applicant also pointed to an outdoor concert venue in Maryland referred to as the "Merriweather Post Pavilion."The Board agreed with IMC that the term "Merriweather" may have multiple non-surname meanings; particularly, it "may be understood as a first name given the notoriety of the American explorer Meriwether Lewis."(Pictured above.)

Structure and Pronunciation: The Examining Attorney and Applicant debated whether the addition of the definite article "the" in the proposed mark "negates any perception that the overall mark is primarily and merely a surname."The Examining Attorney noted that, generally, the addition of the word "the" in marks has "been held to have little significance as to the mark's overall commercial impression and little, if any, source-identifying value."Conversely, Applicant contends that the addition gives the proposed mark "the look and feel of the name of a building rather than a surname."It submitted Internet evidence showing other hotels with names prefaced by "the" including, The Ritz-Carlton, The Bellevue, The Warwick, and The Plaza.The Board, acknowledging that it must consider "what the purchasing public would think when confronted with the mark as a whole," agreed with Applicant.In re Hutchinson Tech. Inc., 852 F.2d 552, 7 USPQ2d 1490, 1492 (Fed. Cir. 1988) (emphasis added).

Because "Merriweather" is singular and prefaced by "the," it is more likely the relevant public would believe the mark is merely identifying the physical hotel.In this regard, Applicant's evidence regarding other hotel names prefaced by the word "the" is probative because it helps show that consumers often encounter names of hotels or buildings that begin with the word "the."

Conclusion: Since Applicant sought registration of the proposed mark in standard character format, the Board did not consider the last Benthin factor (the manner in which the mark is displayed) in its analysis.See In re Yeley, 85 USPQ2d 1150, 1151 (TTAB 2007).Applying the above-mentioned factors, it found that "the structure of the mark THE MERRIWEATHER, in the context of an uncommon name and one with other meanings, is such that consumers may not perceive it as primarily merely a surname."And so, the Board reversed this refusal to register.