In this proceeding seeking cancellation of a registration for the mark PURISIMA & Design for wine, Respondent Transcend moved for summary judgment on two grounds: that Petitioner Spanishtown (1) is prohibited from seeking cancellation because it is suspended from doing business in its state of incorporation, and (2) lacks "standing" to assert the alleged date of first use underlying its Section 2(d) claim because the mark was used by two individuasl who are not parties to this proceeding. The Board denied the motion. Spanishtown Enterprises, Inc. v. Transcend Resources, Inc., Cancellation No. 92070340 (November 23, 2020) [precedential] (Order by the Board). 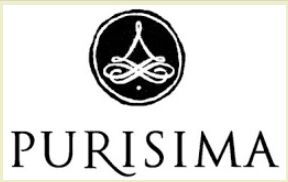 "Standing": The Board first observed that the CAFC, in Australian Therapeutics, recently pointed out that the inquiry regarding "standing" "is more accurately referred to as an entitlement to a statutory cause of action." Even more recently, the CAFC, in Corcamore, ruled that the proper analytical framework to be applied in determining entitlement to a cause of action under Section 13 and 14 of the Lanham Act is that of Lexmark Int'l, Inc. v. Static Control Components, Inc., 572 U.S. 118, 129-134 (2014). Under Lexmark, the Board must assess "whether the party demonstrated (i) an interest falling within the zone of interests protected by the statute and (ii) proximate causation."

The CAFC in Corcamore noted that there is "no meaningful, substantive difference in the analysis" between the requirements of Lexmark compared to the CAFC's and the Board's prior decisions that analyzed the issue in terms of whether a party demonstrated a "real interest" in the proceeding and a "reasonable belief in damage" by the registration of the mark.

Petitioner's Capacity to Sue: Respondent Transcend maintained that because Spanishtown stands suspended by the State of California for failure to pay certain corporate taxes and penalties, Spanishtown is precluded by FRCP 17(b) from pursuing its petition for cancellation because it lacks the capacity to sue or be sued. The Board agreed with Spanishtown that this is an issue of capacity and is different from the question of entitlement to bring a statutory cause of action.

Under FRCP 17(b) a party that intends to raise the issue of capacity to sue "must do so by specific denial, which must state any supporting facts that are peculiarly with the part's knowledge." The specific denial should be made in the party's responsive pleading or via motion prior to the answer.

Here Transcend failed to raise the issue of capacity in a timely manner. The general denial in its answer that it lacked knowledge or information regarding Spanishtown's corporate status was not sufficient. Therefore, the Board concluded that Transcend failed to give fair notice of this defense and so the Board denied its summary judgment motion as to this ground. However, the Board allowed Transcend twenty days to amend its answer to include this defense, while noting that a suspended corporation, upon revival after payment of taxes, may proceed before the Board.

Use of Mark by Individual Owners: Transcend contended that Spanishtown is not entitled to bring a petition for cancellation based on priority and likelihood of confusion because it cannot rely on the dates of first use of the mark PURISSIMA for vodka by the corporation's individual owners before the corporation was legally created. Wrong again, said the Board.

Transcend couched this argument in terms of "prudential standing" but the Board again pointed out that the Lexmark framework applies and the issue "is not properly described as a question of 'prudential standing.'" See Lexmark, 109 USPQ2d at 2067.

Furthermore, it is well established that a party may prove priority on the basis of prior use by a predecessor in interest. See, for example, Metro Traffic Control, Inc. v. Shadow Network Inc., 104 F.3d 336, 41 USPQ2d 1369, 1372 (Fed. Cir. 1997) (Board correctly found that petitioner's predecessor-in-interest used the mark before respondent's predecessor-in-interest). Spanishtown alleged that "[i]t is owned by Cesar and Ulrike Bisono," and that the corporation and the Bisonos have been using a "virtually identical" mark since October 2014. In a prior order, the Board had found these allegations, if proven, sufficient to establish entitlement to a statutory cause of action under Section 14.

And so the Board denied Transcend's motion for summary judgment as to the second ground.

TTABlogger comment: A tip of the TTABlog tophat to Spanishtown's counsel and FOB Paul Reidl.