by Seth C. Farber and Paul Victor
Dewey & LeBoeuf LLP
To print this article, all you need is to be registered or login on Mondaq.com.

Dear Readers, Welcome to the eighth edition of Dewey & LeBoeuf's Antitrust Enforcement: Focus on Criminal Cartels, a quarterly newsletter devoted to developments in criminal antitrust enforcement of international cartels in the United States and around the world.

The charts below are included in each newsletter and track the highest and most recent penalties imposed upon both individuals and corporations for criminal cartel conduct. 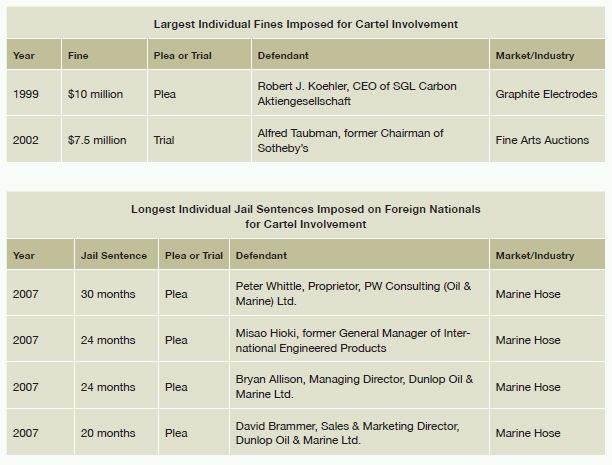 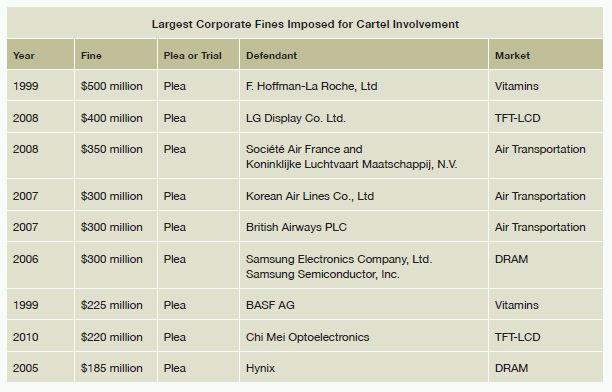 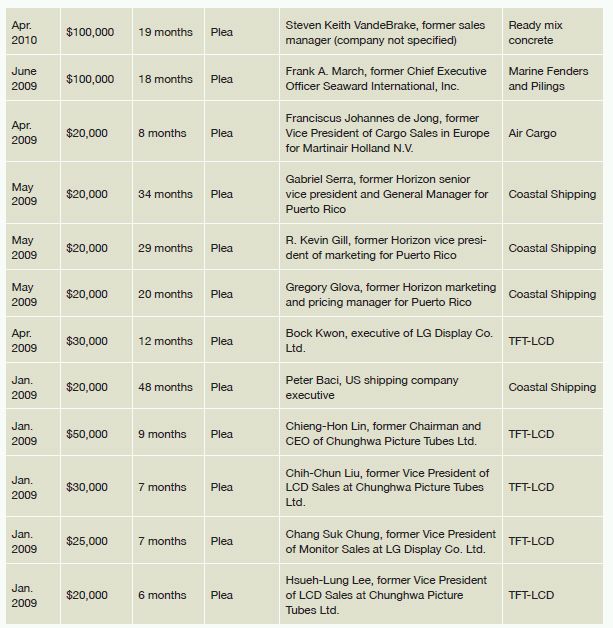 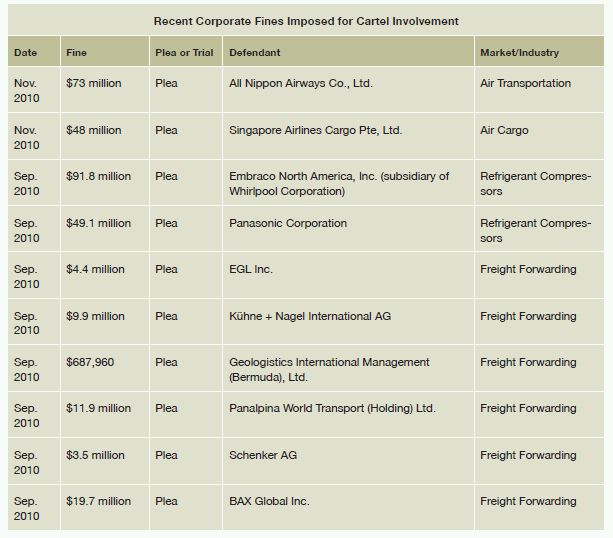 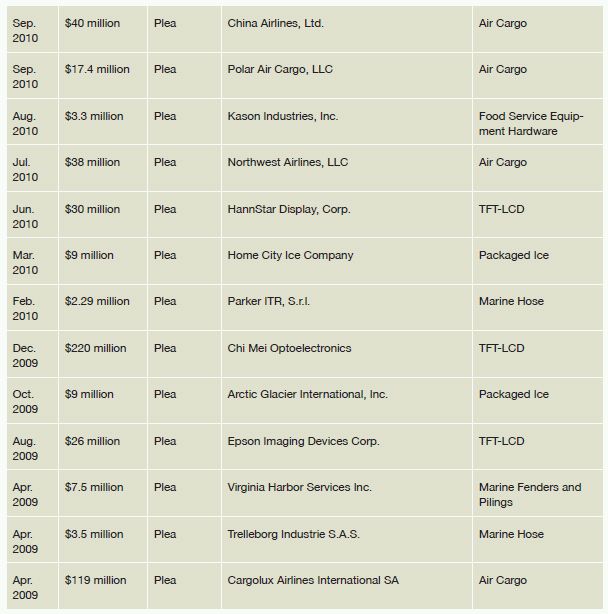 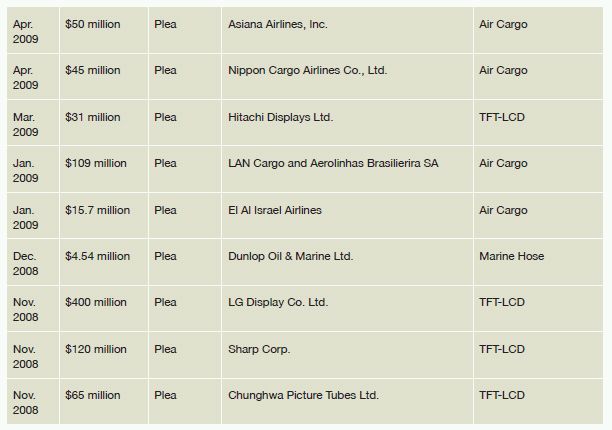 Since October 2010, federal grand juries across the United States have returned indictments for conspiracy to fix prices in the air cargo industry against 11 former executives and one corporation. Most recently, on December 2, 2010, Florida West International Airways, Inc. was indicted in U.S. District Court for the Southern District of Florida.2 Also indicted, along with Florida West, were its former vice president of sales and marketing, Rodrigo Hernan Hidalgo, and two former executives of a Columbian competitor.3

This is the second indictment for Mr. Hidalgo, who was also indicted on October 28, 2010, along with three other individuals, for participation in an alleged conspiracy to fix prices on air cargo shipments following Hurricanes Katrina and Rita in 2005.4 On the same day, a federal grand jury in the Southern District of Florida returned indictments against two former executives of Cargolux Airlines International, S.A. – former President and CEO Ulrich Ogiermann and Senior Vice President of Sales and Marketing Robert Van de Weg – for a separate conspiracy to fix prices of air cargo shipments from October 2001 to February 2006.5 Finally, on November 16, 2010, a grand jury in Atlanta returned indictments against former President of Cargo Sales for Japan Airlines International, Co. Ltd., Takao Fukuchi, and two former senior executives of Nippon Cargo Airlines Co. Ltd., Yoshio Kunugi and Naoshige Makino.6

The DOJ has also announced several corporate plea agreements in connection with the air cargo conspiracies. On September 29, 2010, six companies agreed to plead guilty and pay a total of $50.3 million in fines for their participation in one or more price-fixing conspiracies in the freight forwarding industry between 2002 and 2007.7 According to the DOJ, the scheme involved six separate conspiracies to create and fix fees such as export surcharges, currency adjustment fees, and peak season surcharges.8 Pursuant to the agreements, which are subject to court approval, EGL agreed to pay $4.5 million, Kunhe + Nagel agreed to pay $9.9 million, Geologistics agreed to pay $687,960, Panalpina agreed to pay $12 million,

In November 2010, All Nippon Airways Co. Ltd. ("All Nippon") and Singapore Airlines agreed to plead guilty and pay fines for their roles in conspiracies to fix prices in the air cargo industry. Singapore Airlines agreed to a $48 million fine for fixing prices between 2002 and 2006.10 All Nippon agreed to pay a $73 million criminal fine for its role in fixing prices of passenger tickets as well as air cargo shipments from April 2000 through April 2006.11 Both agreements are subject to court approval.

To view this Newsletter in its entirety please click here

1. Dewey & LeBoeuf represents a number of individuals and/or companies discussed in this Newsletter. However, information reported in the newsletter is derived exclusively from publicly available sources.