On April 26, 2021, World Athletics denied American double-amputee track-and-field athlete Blake Leeper's application seeking approval to compete in World Athletics-sanctioned events, including the Olympic Games, while using his new, modified running-specific prosthetics (RSPs), and to have his results listed alongside those of able-bodied athletes.  This denial was based entirely on the application of the Maximum Allowable Standing Height ("MASH") standards to Leeper, notwithstanding that those standards are based on outdated and racially exclusionary data and discriminate against Black athletes of African descent such as Mr. Leeper. 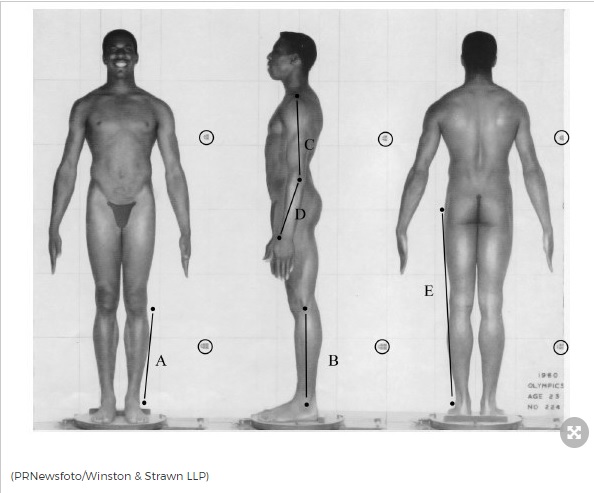 Mr. Leeper plans to immediately appeal this decision to the Court of Arbitration for Sport (CAS).

Relying entirely on evidence and arguments that discriminate against Black athletes of African descent, the World Athletics-appointed Panel ruled that World Athletics had shown that Mr. Leeper's prostheses provided him "with an overall competitive advantage over any athlete not using such aids," and thus ruled Mr. Leeper cannot use those prostheses in any events sanctioned by World Athletics.  The Panel's decision included no real scientific examination of Black athletes, and relied on the MASH standards, which have no application outside of the context of para-athletics and are themselves based on data that excluded Black athletes completely.  Shockingly, World Athletics applied the MASH standards while simultaneously acknowledging that they are derived from studies done solely with Caucasian and Asian subjects, which excluded any subjects of African descent, even though World Athletics' own experts have admitted that persons of African descent have different body proportions, including longer limbs, than individuals of Caucasian and Asian descent.

Compounding the spurious nature of the decision, in concluding the MASH restrictions could be applied to Black athletes, World Athletics did not conduct or rely upon any test of Black athletes that was done for that purpose.  Instead, World Athletics outrageously chose to apply MASH to Black athletes, and ban Mr. Leeper from running on his shorter prostheses, based upon outdated photographs that were taken more than sixty years ago, of just twenty Black athletes, in a study conducted for entirely different purposes (see photo).  There was no legitimate reason to rely on such outdated photographs to claim that MASH can apply to ban Black athletes such as Mr. Leeper, instead of conducting a proper study.

What limited in-person assessment of Mr. Leeper World Athletics did allow was compromised by arbitrary restrictions, including the abrupt early end to the testing when Mr. Leeper was still ready and able to continue performing and providing data points for the study.  But the World Athletics Panel blatantly ignored the failures of these testing protocols in its decision.  Likewise, in ruling as it did, the World Athletics Panel unjustifiably cast aside compelling evidence submitted by Leeper in the form of an expert report by Drs. Alena Grabowski, Owen Beck, and Paolo Taboga, which established that Mr. Leeper's use of RSPs does not provide him with an overall competitive advantage over able-bodied athletes.

Mr. Leeper is concurrently challenging in Swiss Supreme Court an October 2020 CAS decision regarding the use of his prior prostheses, and he will continue to pursue the Swiss proceedings while appealing today's decision banning his current RSPs.  Mr. Leeper will seek a CAS decision on an expedited timeframe to enable him to compete in the 2021 U.S. Olympic Trials in the 400-meter event.

Mr. Leeper's counsel, Jeffrey Kessler, issued the following statement: "Unfortunately, this is what we have come to expect from World Athletics — a result-oriented and racist decision designed to prevent Mr. Leeper, as a disabled black athlete, from realizing his dream to compete in the Olympics based on his athletic merit.  Blake will seek an expedited appeal before the Court of Arbitration for Sport, which will hopefully right this wrong in time for the U.S. Olympic Team trials."

Blake Leeper commented that: "It's not right that World Athletics continues to discriminate against disabled Black athletes, and that the Panel they appointed has again sanctioned this discriminatory treatment.  Basing this decision on standards and studies that completely excluded Black athletes goes against common sense and has no scientific basis, as my experts' submissions to World Athletics made clear.  But despite this setback, I will appeal so I can continue to fight for athletes around the world who are discriminated against—whether on the basis of race, disability, or both—and look forward to making my case before the Court of Arbitration for Sport as I pursue my longtime dream of competing at the 2021 Tokyo Olympic Games."