United States: What Does The Data Tell Us About The PTAB's New Motion To Amend Pilot Program?

The PTAB's Motion to Amend Pilot Program, offering a revamped and more robust opportunity for amendment to patent owners during America Invents Act ("AIA") trials, was launched well over a year ago in March of 2019.  On July 15, 2020, the PTAB released a sixth installment of their Motion to Amend Study (" 6th MTA Study"), which includes data relating to patent owners' use of the Motion to Amend ("MTA") Pilot Program.  What does the data tell us?  Have motions to amend become more popular?  Are they being granted more often?  As described below, the initial data appears to show that that there have been less motions to amend requested. 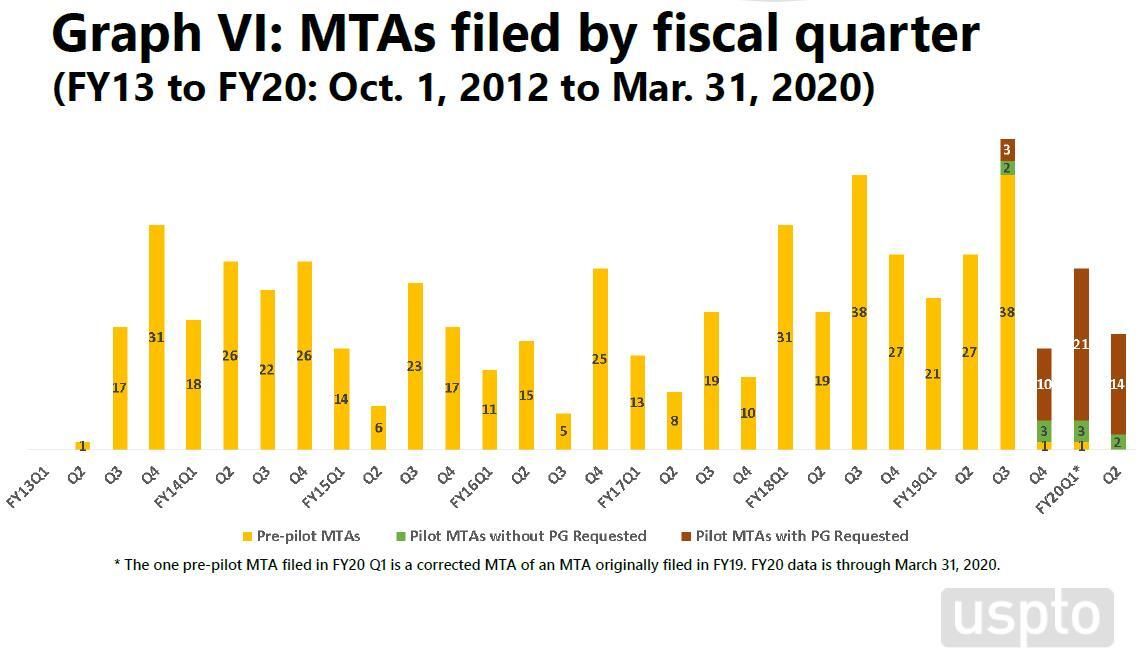 Many questioned whether the MTA Pilot Program would result in more patent owners seeking amendments during an AIA trial.  As shown in slide 11 of the 6th MTA Study reproduced above, the number of total MTA requests actually decreased under the pilot, with 55 MTA requests in the last three reported quarters compared to 91 MTA requests in the prior three quarters.  6th MTA Study, slide 11.  Thus, MTAs in the last reported three quarters totaled only 60% of the number of MTAs filed in the prior three quarters.  Of course, there could be a number of factors contributing to this decrease, including a decrease in overall trial petitions at the PTAB and a decrease in the institution rate by the PTAB.  Based on our own review of PTAB data, the PTAB instituted 90% as many cases in the past three reported quarters as compared to the prior three quarters.  Thus, patent owners had 90% as many opportunities to file motions to amend, but they did so in only 60% as many cases. 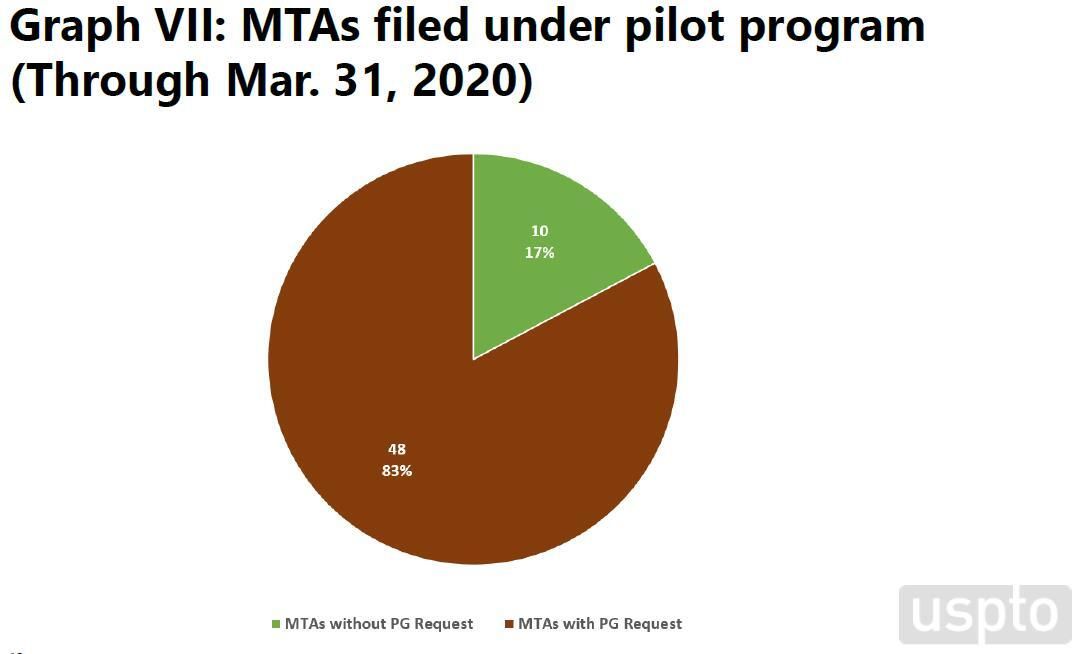 As shown above, the overwhelming majority of patent owners—83% of all who filed MTAs under the pilot—requested the benefit of the Board's Preliminary Guidance.  6th MTA Study, slide 12.  Further, the majority of patent owners requesting Preliminary Guidance did not receive favorable guidance.  As shown below, most chose to file a revised motion to amend. 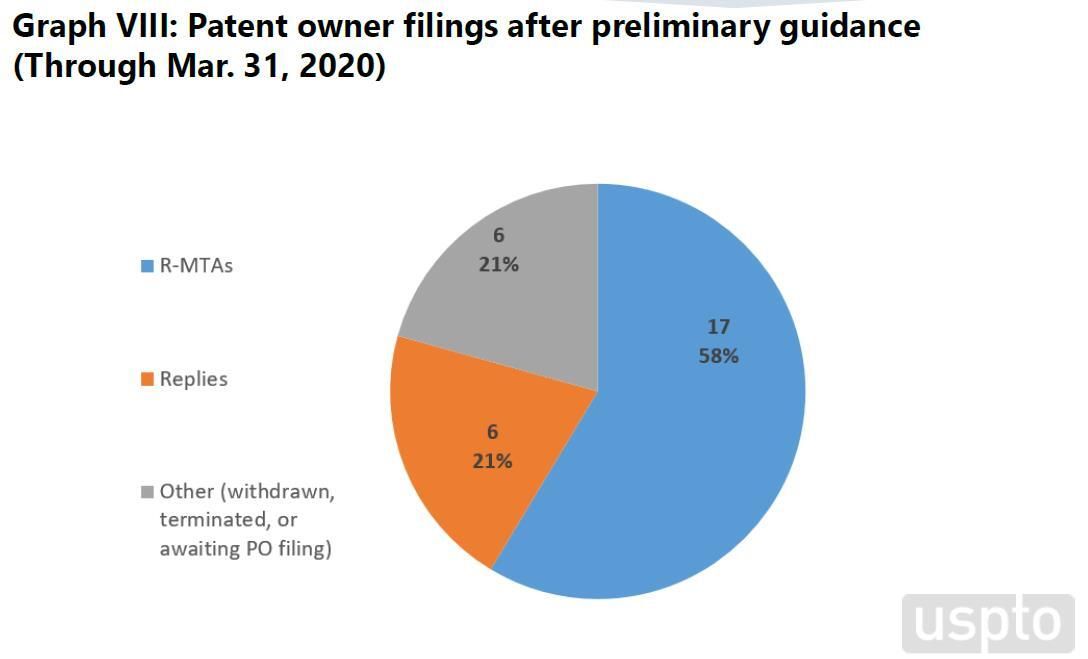 Since the creation of the PTAB in 2012, patent owners have filed motions to amend in roughly 10% of AIA trials.  6th MTA Study, slide 6 (558 MTAs filed in 5359 trials).  Similarly, the Board has granted in full or in part just above 10% of those motions to amend.  6th MTA Study, slide 8 (46 MTA's granted or granted in part of 335 MTAs with claims decided).  We will continue to monitor motion to amend data, including the impact of the pilot program, and will provide future posts as more data becomes available.