Patent challengers have heavily relied on inter partes review (IPR) ever since its inception under the America Invents Act (AIA). However, while IPRs have been popular in certain technology areas since the beginning, interest in IPRs took longer to develop in the life sciences industry. The recent increased interest in IPRs in the life sciences industry raises some important questions. For example, are petitioners having an easier time prevailing at the PTAB than in District Court? In this article, we review data from Lex Machina to assess whether patent challengers have an easier time prevailing on the merits at the PTAB or in District Court when challenging pharma or biotech patents.

According to Lex Machina, between September 9, 2012 and June 21, 2017 235 cases with an ANDA tag reached resolution on the merits. Of those 235 cases the claimant (typically the patentee) prevailed 79.6% of the time and the defendant prevailed 20.4% of the time. 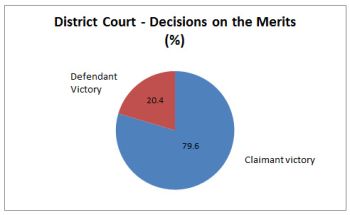 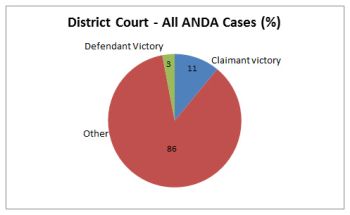 By contrast, between September 16, 2012 and June 20, 2017 there have been 307 PTAB trials in the biotechnology and organic chemistry technology center. Of the cases that were resolved on the merits, the patent owner prevailed in upholding all claims or the PTAB denied institution in 72.4% of the cases that were decided. The petitioner, on the other hand, prevailed (i.e., where all claims were amended or found unpatentable) in 26.8% of such cases.1 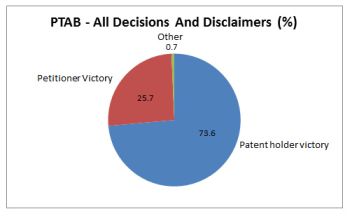 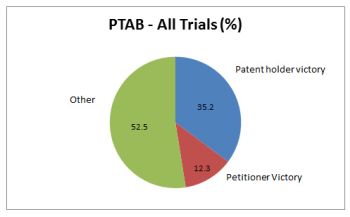 These numbers suggest that the patent challenger (i.e., the petitioner at the PTAB or defendant in district court litigation) seems to have slightly improved chances in the PTAB. However, this article does not address whether such difference is statistically significant. Likewise, these win rates do not take in to account Federal Circuit review of the decisions and the percentage of cases that are upheld or reversed. Moreover, other issues to consider include whether win rates are higher or lower for IPRs filed in connection with a co-pending litigation as compared to stand-alone IPRs, as well comparing win rates in the biotechnology and pharmaceutical sectors.

1. There was one case that had a mixed finding and as such that case was not counted as a victory for either the patent holder or the petitioner.