by Michael A. Bertelson
Kilpatrick Townsend & Stockton LLP
Your LinkedIn Connections
with the authors

The well covered Apple v. Samsung litigation highlighted the power of design patents and the potentially large profit disgorgement damages available for them.  Like utility patents, design patents can be challenged through post-grant proceedings before the PTAB.  Design patents, however, historically have been more difficult to invalidate.  On average, the PTAB only institutes design patent post grant proceedings 40% of the time, compared to 60-70% for utility patents.  See https://www.uspto.gov/sites/default/files/documents/Trial_Statistics_2019-09-30.pdf.

This difference in grant rates is likely due to the fundamental differences between utility patents and design patents.

Both prongs of this analysis can be hard to prove in practice.  For example, in Vitro Packaging v. Saverglass, IPR2015-00947, the PTAB denied institution because neither of the two prior art bottle designs shown below were close enough to the patented design to qualify as a primary reference. 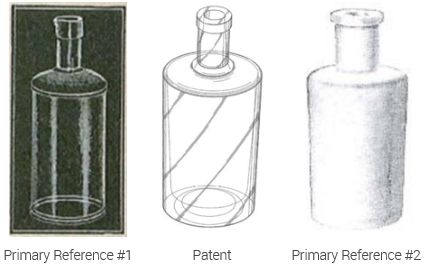 Anticipation of a design patent is similarly difficult to show unless almost identical prior art can be located.  The law requires that a prior art design must be "identical in all material respects" to anticipate a claimed design.  Hupp v. Siroflex of America Inc., 122 F.3d 1456 (Fed. Cir. 1997).

While these differences can make it more difficult to challenge the validity of a design patent, it is by no means impossible.  In some instances, prior art designs will be similar enough to allow for traditional anticipation and obviousness challenges to succeed.  See, e.g. Johnsonville Sausage LLC v. Klement Sausage Co. Inc., 2020 WL 1492983 (E.D. Wis. Mar. 27, 2020) (invalidating as obvious a design patent for a sausage tray based on a combination of two prior art tray designs).  In other instances, successful challenges to design patent validity at the PTAB have relied on avenues other than typical anticipation or obviousness attacks.  A couple of examples follow: 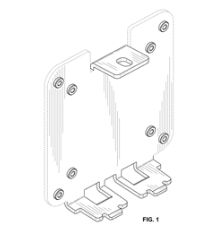 Under 35 USC 171, a design patent must not just be new and non-obvious, but also "ornamental."  "[A] design patent can be declared invalid if the claimed design is primarily functional rather than primarily ornamental, i.e., if the claimed design is dictated by the utilitarian purpose of the article." High Point Design LLC v. Buyers Direct, Inc., 730 F.3d 1301, 1315 (Fed. Cir. 2013).  Here, petitioner argued that the patented design was primarily functional because the connection tabs and screw grommets of the design were defined by functional considerations (how the bracket would connect to a monitor), not ornamental considerations.  The PTAB agreed, finding that Sattler Tech had shown it was more likely than not that the patent was invalid as being primarily functional, and instituted a PGR.  The patent owner subsequently requested entry of adverse judgment, resulting in cancellation of the patent.

Invalid Priority Claim – In C&D Zodiac v. B/E Aerospace, PGR2017-00019, the PTAB invalidated U.S. Patent D 764,031 for the design of an airplane lavatory.  There, the design patent claimed priority to an earlier filed utility patent.  The priority claim was critical to the design patent's validity because the patent owner sold its own lavatories embodying the patented design more than a year before the design patent was filed.

For a priority claim to be valid in a design patent, as with a utility patent, the priority document must "reasonably convey to those skilled in the art that the inventor had possession of the claimed subject matter as of the filing date."  In re. Owens, 710 F.3d 1366.

Based on these differences, the PTAB determined that the patent was not entitled to the priority claim, and consequently invalidated the patent based on the patent owner's own pre-filing sales of the patented design.

As shown by the above, design patents can be successfully challenged at the PTAB, just like any patent; however, traditional anticipation and obviousness arguments can sometimes be difficult, so it is important to choose your line of attack carefully.