by Kaela Shiigi
Perkins Coie LLP
To print this article, all you need is to be registered or login on Mondaq.com.

The U.S. Supreme Court held that property owners do not have to comply with state administrative processes to obtain a final decision before bringing a takings claim under 42 U.S.C. § 1983 when the government's position is clear.  Pakdel v. City and County of San Francisco, 594 U.S. __ (June 28, 2021). 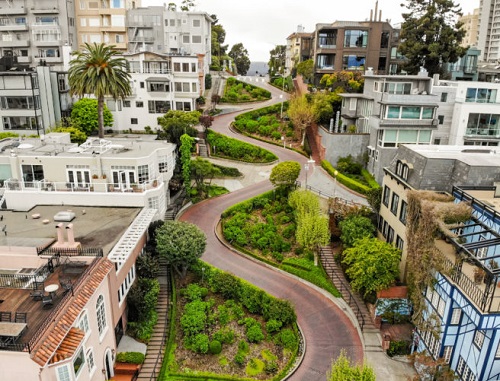 Petitioners were partial owners of a multi-unit residential building in San Francisco that was organized as a tenancy-in-common. When purchasing an interest in the property, they agreed to work with the other owners to convert their interests into a condominium-style ownership arrangement. The City approved the conversion on the condition that all non-resident owners, including petitioners, offer their tenants a lifetime lease. Petitioners agreed to the condition but belatedly requested that the City excuse them from executing the lifetime lease or compensate them for the lease. The City refused, and petitioners brought a suit under 42 U.S.C. § 1983 claiming an unconstitutional regulatory taking.

The District Court held that the petitioners' claim was not ripe because they had not exhausted all remedies in state court. The Ninth Circuit affirmed, despite the holding in Knick v. Township of Scott, which removed the state exhaustion requirements previously a condition to bringing federal constitutional claims. The court reasoned that the holding in Knick  did not remove the requirement that there be a "final" government decision on the matter and that the City's decision was not "final" because petitioners' request for exemption was untimely and improperly made.

The Supreme Court reversed, citing the "modest" nature of the finality requirement. The plaintiff need only be actually "injured by the Government's action" and "not prematurely suing over a hypothetical harm." For takings cases, there is a "final" decision when it is claimed that the regulation has gone "too far" and the court can determine "how far the regulation goes." In this case there was "no question about the city's position" regarding petitioners' claims. In addition, contrary to the Ninth Circuit's ruling, the petitioner need not comply with all administrative processes to obtain the final decision. Although petitioners may not have properly pursued administrative remedies, there were no other avenues for the government to change or clarify its decision, which meant that the finality requirement was fulfilled — "[a]dministrative missteps do not defeat ripeness once the government has adopted its final position."