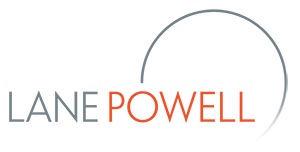 In retroactively allowing PPP borrowers to claim the ERC, Congress included a "no double-dipping" rule that prevents businesses from using the same payroll costs to obtain PPP loan forgiveness and an ERC. This makes sense because employers should not receive a tax credit based on an amount paid for with proceeds from a forgiven loan. Unfortunately, although the no double-dipping rule makes sense in theory, the application by the IRS is seriously problematic.

To implement the no double-dipping rule, the Disaster Relief Act provides that ERC-eligible wages do not include amounts that a PPP borrower elects to exclude, pursuant to rules determined by the IRS. We refer to this as the "Election." In Q/A 49 of Notice 2021-20 (and again in Q/A 56), the IRS provides these rules and deems PPP borrowers to have made the Election based on the costs listed in the PPP loan forgiveness application, rather than actual costs.

Q/A 57 provides several examples demonstrating that, for ERC purposes, PPP borrowers are bound by the forgivable costs listed on the PPP loan forgiveness application, even if the PPP borrower had unreported nonpayroll costs. These include:

On the one hand, the IRS position makes us look good because we have encouraged our clients to list all covered expenses when applying for forgiveness - just in case. On the other hand, the IRS has created a trap for the unwary without a good policy reason to do so. Indeed, basing the deemed Election on amounts listed on the PPP loan forgiveness application strikes us as particularly unfair, especially in light of a program that Congress keeps changing retroactively. Further, it contradicts general tax practices. For example, when the IRS audits an income tax return, it allows deductions not claimed on the original return to offset adjustments made by the IRS. As we previously discussed, businesses successfully challenged the Small Business Administration when it took aggressive and unfair positions with respect to the PPP. We believe courts would do the same to the IRS if someone challenges the deemed Election rules of Notice 2021-20.

1 This only applies to "a payment for any business software or cloud computing service that facilitates business operations, product or service delivery, the processing, payment, or tracking of payroll expenses, human resources, sales and billing functions, or accounting or tracking of supplies, inventory, records and expenses." It thus does not cover most expenditures for "operations," based on the normal usage of the word, making this a poorly-defined term. It would have been clearer if Congress used the term "software/cloud computing expenditures."