by Adam J. Higgins
BakerHostetler
Your LinkedIn Connections
with the authors

AZAR TO TESTIFY THIS WEEK BEFORE HOUSE, SENATE COMMITTEES

In addition to funding issues, Azar is likely to face questions on the federal government's response to the coronavirus outbreak. Last week 25 Senate Democrats wrote to Azar, pressing the administration to request emergency funding.

Finally, Azar will testify Thursday at the House Ways and Means Committee.

GRASSLEY PICKS UP SOME GOP SUPPORT FOR DRUG PRICING BILL 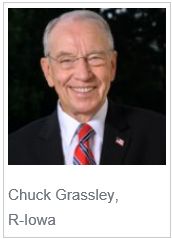 Senate Finance Committee Chairman Chuck Grassley, R-Iowa, knows that before his bipartisan legislation to overhaul prescription drug prices can be considered on the Senate floor, he will need to generate more support from reluctant Republicans.

Grassley said he thinks he needs at least 25 Republican co-sponsors to persuade GOP leaders to bring the bill to the Senate floor. Grassley this month picked up support from two senators – Sens. Martha McSally, R-Ariz., and Joni Ernst, R-Iowa – but at 12 Republicans that's still less than half the support he said he needs.

Many Republicans are concerned about a core Grassley provision that would limit annual price increases for drugs, saying it would represent an impermissible government intrusion into the private marketplace. But Grassley won't drop that section because it would jeopardize the support of the committee's ranking Democrat, Sen. Ron Wyden, D-Ore.

The Trump administration also is speaking out more forcefully in favor of the Grassley bill; President Trump singled out the senator and his bill during his State of the Union address earlier this month. Health and Human Services Secretary Alex Azar also defended the bill in recent testimony at the Senate Finance Committee, rejecting the criticism that it would impose price controls. 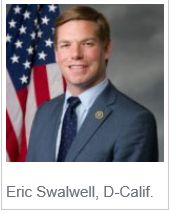 Earlier this month, Sens. Tim Scott, R-S.C., and Kyrsten Sinema, D-Ariz., and Reps. Eric Swalwell, D-Calif., and Tom Emmer, R-Minn., announced they were forming the Congressional Personalized Medicine Caucus. This week they will formally launch the caucus during a Capitol Hill event.

The Personalized Medicine Coalition along with the caucus chairs on Wednesday will hold an introductory briefing aimed at exploring personalized medicine and its benefits.

"For too long and too often, our healthcare system has relied on a one-size-fits-all ideology when it comes to medicine," Swalwell said.

A bipartisan group in the House introduced legislation to create a framework that would allow value-based payments in Medicaid for gene therapies.

The House bill is a companion to a provision in Senate Finance Committee-approved legislation on prescription drug prices.

It would apply to potentially curative outpatient drugs intended for one-time use.

Gene therapy is a growing field in medicine involving the use of a virus or other "vector" to modify a patient's genetic information. Its most advanced application involves reprogramming immune cells to attack cancer – and has successfully treated many patients who previously would have only had a few months to live.