On December 23, 2020, the Government Accountability Office ("GAO") issued its annual Bid Protest Statistics for Fiscal Year 2020. As we've previously noted in this blog, the GAO's yearly Bid Protest Report to Congress provides a snapshot of bid protest metrics for each fiscal year, along with data on five-year trends in the GAO's bid protest adjudication. The following chart provides a summary of the GAO's statistics from FY 2020 through FY 2016: 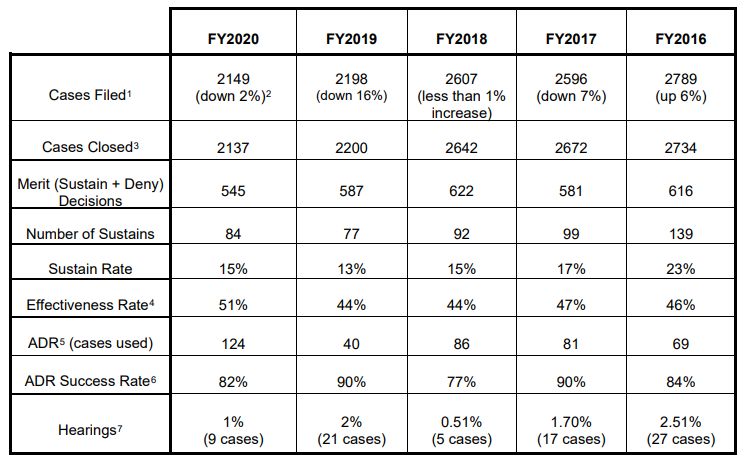 Below are our key takeaways from the FY 2020 report:

At bottom, the GAO bid protest process continues to offer disappointed bidders a significant chance for some type of success. The effective rate of relief afforded to protesters by way of either sustained protests or voluntary agency corrective action has remained remarkably consistent over the past five fiscal years, and the FY 2020 rate of 51% is the highest ever recorded by the GAO. It is important to keep in mind, however, that "relief" doesn't always translate into the protester's receipt of the ultimate contract because agencies have a wide degree of latitude in fashioning corrective action to remedy the alleged defect(s) in the procurement. That said, an agency's voluntary decision to concede error more than half of the time underscores the extent to which protests can serve as a useful tool for contractors.