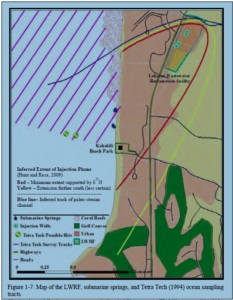 Earlier this month, the  9th Circuit vacated the District Court judgment in a Clean Water Act citizens' suit, because the basis for the judgment had been undermined by the Supreme Court decision in  Maui. The decision is not a surprise, given that Maui explicitly rejected the prior 9th Circuit test for when discharges to groundwater are subject to the NPDES permitting regime.  It nonetheless is a useful reminder that the Supreme Court really did create a new test and that none of the prior tests remain good law.  It doesn't mean that all recent district court decisions will necessarily be vacated, but it does mean that those district court decisions will only remain valid if the judge happened to make factual findings that either clearly include – or exclude – the defendant's discharge from the realm of being a "functional equivalent" to a direct discharge to surface water.

In Corona Clay, the defendant had conceded that its discharge ultimately reached surface water.  Under the then-applicable 9th Circuit test, that admission was sufficient for the court to conclude that pollutants in surface water were "fairly traceable" to the discharge.  Unfortunately for the plaintiffs', the Supreme Court made clear in Maui that a discharge may be fairly traceable to a defendant's discharge without being the "functional equivalent" of a direct surface water discharge.

I have been and remain a supporter of the Maui decision.  Still, I have to admit that its critics are correct that, at least in the short run, it's going to significantly increase the transaction costs devoted to resolving disputes regarding when discharges to groundwater require an NPDES permit.