On Friday, the Principal Deputy Solicitor at the Department of Interior issued a memorandum on how DOI should balance the criteria in the Outer Continental Shelf Lands Act in issuing leases for offshore wind.  The new memorandum replaces one issued by the Trump Administration following the November election. 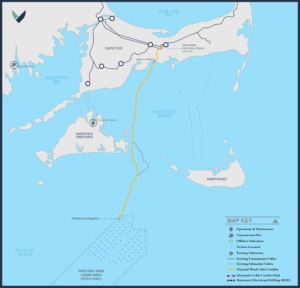 The Trump Administration memorandum, which could have simply been titled the "We Hate Offshore Wind Memorandum," basically treated each of the criteria in the statute as vetoes, requiring the DOE Secretary not to grant leases if any one of the criteria in isolation was not met.  The new memorandum rightly makes clear that it is the Secretary's right and obligation to balance the various statutory criteria.

This is not a bold new interpretation.  Indeed, I would venture to say that any 2nd-year law student who has taken administrative law would have understood that the Trump Administration interpretation was plainly wrong.  Going farther, I would say that this story is most notable only as yet one more piece of evidence that Trump Administration regulatory moves were - I think literally - never driven by honest legal interpretation, but were instead purely outcome-dependent.  I don't even think it can be explained by Trump's desire to support the fossil fuel industry; instead, it feels to me more like the Trump Administration just liked to stick needles in the eyes of its opponents.  Democrats liked offshore wind - reason enough to oppose it.

This isn't to say that the new interpretation isn't meaningful.  It was arguably necessary to withdraw the Trump Administration memorandum before the DOI Secretary could issue the Record of Decision for Vineyard Wind.  Now, that obstacle has been removed.  (Full disclosure - Foley Hoag represents Vineyard Wind.)

And with that obstacle removed, I think that the floodgates may finally be opening for the massive scale of offshore wind development that we need to meet our goals for decarbonizing the electric grid.