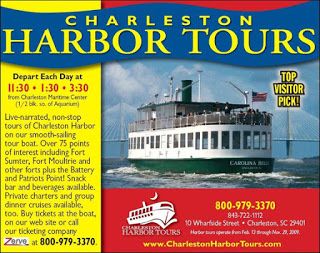 Hearsay objection: Opposer Spiritline offered "screenshots from particular websites on certain dates from the past that are indicated as archive dates on the printouts." Applicant objected to the Wayback Machine printouts "as lacking foundation, lacking proper authentication, hearsay, and double-hearsay." The Board adopted the approach of a number of courts and overruled the objections because a witness from the Internet Archive testified about how the Wayback Machine website works and how reliable its contents are.

Opposer seeks to rely on the Wayback Machine evidence in this case not only for what these pages show on their face, but also to establish that third-party websites displayed "Charleston Harbor Tours" on various dates in the past. Accordingly, Opposer needed to, and properly did, use appropriate witness testimony to authenticate the printouts and lay the foundation to support that intended evidentiary use.

Here, the Wayback Machine evidence was authenticated by Christopher Butler, Office Manager of the Internet Archive, who described the documents as "True and accurate copies of printouts of the Internet Archive's records of the HTML files or PDF files for the URLs and the dates specified in the footer of the printout (HTML) or attached coversheet (PDF)."

As to applicant's hearsay objection, "to the extent the Wayback Machine printouts are offered to show how the webpages appeared on particular dates – the 'truth' of the capture as of the archive date – Mr. Butler's testimony establishes that the printouts qualify under the business records exception. See Fed. R. Evid. 801(c), 802."

He established that the printouts attached to his affidavit come from the Internet Archive's regularly conducted activity. Mr. Butler explained that the Internet Archive's automated web crawlers surf the Internet and automatically store copies of webpages by creating unaltered copies of webpages as they appear on a given day (reflected on the face of the archived webpage record). When a screenshot is captured using the Wayback Machine, the screenshots will display the URL of the web page archived by the Wayback Machine along with the date the screenshot was captured by the crawler and archived. And the webpages are not offered to prove the truth of any matter asserted in the underlying webpage contents, so there is no hearsay problem in that regard.

Other witnesses provided corroborating testimony to support the authenticity of certain of the Wayback Machine evidence and the accuracy of the captures as of the dates in question.

Section 2(e)(2): A mark is primarily geographically descriptive if: (1) the primary significance of the mark is the name of a place that is generally known; (2) the goods or services originate in the place identified in the mark; and (3) the relevant purchasers would associate the identified services with the place named, i.e., the public would believe that the services come from the place named. See In re Nantucket, Inc., 677 F.2d 95, 213 USPQ 889, 891 (CCPA 1982);

Applicant sought registration under Section 2(f), and therefore it was established that the proposed mark lacks inherent distinctiveness because it is primarily geographically descriptive. However, the question was how descriptive, since the answer to that question "is helpful in laying a foundation for our discussion of acquired distinctiveness." The Federal Circuit has held that "'the applicant's burden of showing acquired distinctiveness increases with the level of descriptiveness; a more descriptive term requires more evidence of secondary meaning.'" Royal Crown, 127 USPQ2d at 1047 (quoting In re Steelbuilding.com, 415 F.3d 1293, 75 USPQ2d 1420, 1424 (Fed. Cir. 2005)). The Board saw no reason why that same principle should not apply to Section 2(e)(2).

The evidence established that Charleston, South Carolina is a well-known tourist destination and thus CHARLESTON "is the name of a place known generally to the public." See Newbridge Cutlery, 113 USPQ2d at 1448-49. Likewise, the evidence established that CHARLESTON HARBOR is well-known. And it was undisputed that applicant's service emanate from Charleston and include tours of Charleston Harbor.

In assessing the degree of descriptiveness, especially because Charleston Harbor is a widely recognized place associated with the particular services at issue, and because numerous third parties in the tour and charter industry refer to Charleston Harbor, we find CHARLESTON HARBOR highly geographically descriptive in this context.

The word TOURS is, of course, generic for applicant's services and "because 'tours' are associated with places, it contributes to the primarily geographic significance of the mark as a whole." The Board has repeatedly held that Section 2(e)(2) is still applicable when "generic matter is included if the mark as a whole retains its primarily geographic significance."

The Board concluded that, considering the proposed mark in its entirety, "CHARLESTON HARBOR TOURS is primarily geographically descriptive under Trademark Act Section 2(e)(2), and highly so."

Acquired Distinctiveness: Because CHARLESTON HARBOR TOURS is highly descriptive, "the standard for establishing acquired distinctiveness becomes commensurately high." Royal Crown Cola, 127 USPQ2d at 1047; In re Bongrain Int'l Corp., 894 F.2d 1316, 13 USPQ2d 1727, 1728 n.4 (Fed. Cir. 1990) ("[T]he greater the degree of descriptiveness the term has, the heavier the burden to prove it has attained secondary meaning.")

The Board found the Opposer Spritline's Wayback Machine evidence and testimony and the third-party corroborative testimony "show fairly pervasive use of the same wording in the proposed mark by others in the industry during the relevant timeframe." This evidence undermined applicant's claim of substantial exclusivity and created "a serious problem for Applicant, because it interferes with the relevant public's perception of the designation as an indicator of a single source." See, e.g., Levi Strauss & Co. v. Genesco, Inc., 742 F.2d 1401, 222 USPQ 939, 940-41 (Fed. Cir. 1984) ("When the record shows that purchasers are confronted with more than one (let alone numerous) independent users of a term or device, an application for registration under Section 2(f) cannot be successful, for distinctiveness on which purchasers may rely is lacking under such circumstances.")

Even without that evidence, the Board would have "discretion to find Applicant's use since 2003 insufficient where, as here, the proposed mark is highly primarily geographically descriptive." Applicant provided evidence of its advertising efforts, promotional expenditures, and sales under the mark for 2003 to 2015, noting that it served some 9,000 consumers per month during peak tourist season. However it offered no survey or other direct evidence of consumer perception of CHARLESTON HARBOR TOURS as a source indicator. The Board was not impressed.

Ultimately, we find that the evidence demonstrates that consumers would perceive CHARLESTON HARBOR TOURS not primarily as a source-indicator for Applicant, but rather as a common geographic place name accompanied by a generic term, used by different entities in the industry to refer to the origin and location of services such as those recited by Applicant.

And so the Board sustained the opposition.