On January 24, 2020, the United States Equal Employment Opportunity Commission ("EEOC") released its Enforcement and Litigation Data for Fiscal Year ("FY") 2019, which began October 1, 2018, and ended September 30, 2019. The data reflects that the EEOC received 72,675 charges of workplace discrimination in FY 2019, with retaliation remaining the most frequently filed charge with the agency, followed by disability, race, and sex. The EEOC filed 157 total suits and 144 merit suits, including 87 with Title VII Claims, 55 with ADA claims, 7 with ADEA Claims, 7 with EPA claims, and 12 with claims under multiple statutes.

The above percentages add up to more than 100% as some charges allege multiple bases.

Of note, the overall total number of charges filed against employers decreased by about 5%. Notably, this trend began in FY 2018. The downward trend accounts for nearly all categories of discrimination with only modest increases in charges filed under claims of Color and the Equal Pay Act. The charge category that decreased the most was age by 1,338 claims, representing an approximately 8% decrease. 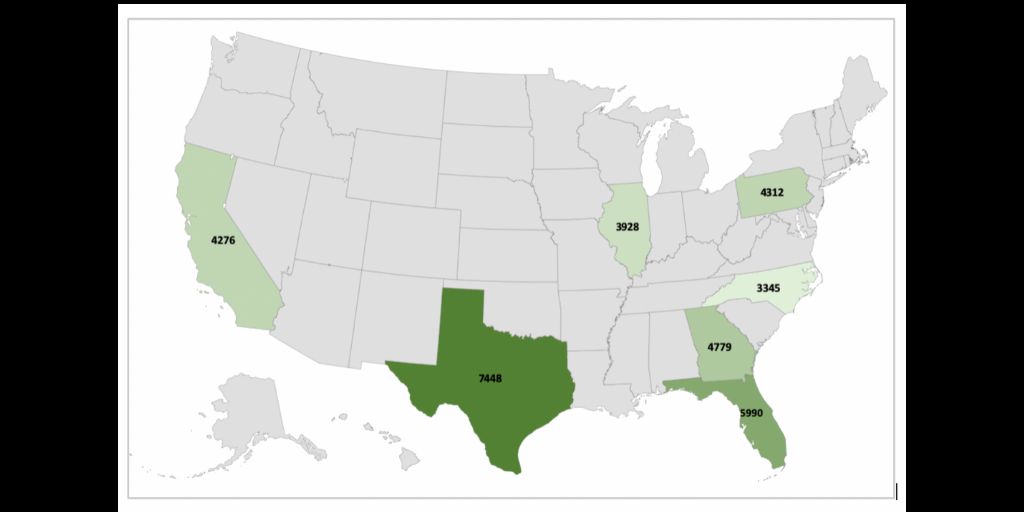 Fortunately, North Carolina only saw increases in two of the eleven charge areas: Genetic Information Nondiscrimination Act ("GINA") claims and religion claims. Religion claims had a very modest increase of .7%, while GINA claims increased by 50%. In other charge categories, the largest decrease in charges filed was for national origin claims – decreasing from 280 to 216 – an overall 22% decrease. The next largest decline was for charges filed based on age. Disability claims saw a modest decrease of 1% in FY 2019, followed by a decline in retaliation claims of 1.7% in FY 2019.

With the North Carolina increases noted, it bears a review of the EEOC's enforcement focuses. Religious charges with the EEOC involve unfavorable employer treatment of a person, whether applicant or employee, based on their religious beliefs. The person's individual beliefs may be associated with organized religions or other sincerely held religious, ethical, or moral beliefs. Further, the EEOC accepts religion charges involving discriminatory treatment of individuals as a result of their marriage or association with and individual or a particular religion.

GINA charges with the EEOC are enforced according to Title II of GINA. GINA applies to all employers subject to Title VII of the Civil Rights Act of 1964 and adopts Title VII's enforcement schemes except that disparate claims are not permitted. GINA claims are focused on genetic discrimination in all aspects of employment, which includes hiring, firing, pay, job assignments, promotions, layoffs, training, fringe benefits, or any other term or condition of employment.

Complying with GINA may require increased attention to your regular business practices. Employee health information needs to be clearly identified as confidential and participation in select health and wellness programs need to include appropriate disclaimers. Employers must remain aware of the EEOC's enforcement activity in this area and train staff accordingly not to unknowingly violate company obligations under this Act.

The statistics matter. While overall charges filed have decreased, the EEOC's enforcement efforts remain robust with positive results for the agency and overall increases in resolutions.

Employers are presently navigating workplaces and society with a keen eye and awareness of advances in the #MeToo movement and expectations for employers. The statistics and society's current culture demand employers implement and act before circumstances giving rise to charges occur.

Set the culture you desire through strong leadership and accountability. Implement sound human resources practices, including regular review and updates to written policies. Train staff and leadership on key policies within your organization to uphold company values at all levels. Protect your culture and, ultimately, protect your company's bottom line.