UK: Goal! Lionel Messi Scores The Right To Register His Name As A Trade Mark After Nine-year Dispute

by Jack Kenny
Marks & Clerk
Your LinkedIn Connections
with the authors

Footballer Lionel Messi has succeeded in a nine-year legal battle to register his surname as a trade mark in the EU.

The Barcelona FC player, who was ranked the world's highest-paid athlete by Forbes in 2019, had applied to register his surname "MESSI" with a stylised logo in August 2011. The application covered sports and gymnastics clothing, footwear and equipment, among other goods. 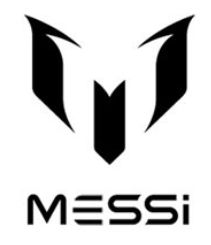 The application was opposed by the owners of Spanish cycling company Massi, on the basis of their earlier EU trade mark for the word MASSI also covering clothing, shoes and sportswear equipment.

The EU Intellectual Property Office ("EUIPO") originally decided in favour of the Spanish company and went on to dismiss a later appeal in 2014 by Messi, finding that the trade marks in question were confusingly similar.

Mr. Messi appealed to the General Court of the EU, who overturned the EUIPO's decision in 2018 – the General Court held that, as Mr. Messi is an internationally well-known public figure, the general public would be unlikely to confuse the two marks. Instead, the public will associate the word "MESSI" with the famous footballer, and will therefore perceive "MASSI" as being different conceptually.

The cycling company Massi then appealed the General Court's decision to the European Court of Justice – the EU's supreme court in matters of EU law. The European Court of Justice agreed with the decision of the General Court and dismissed Massi's appeal, confirming that Lionel Messi's logo mark can be registered in the EU for the goods in question.

Messi already has a range of existing EU trade mark registrations for a variety of goods and services, including the marks LIONEL MESSI, LEO MESSI, and his signature.

This is an interesting decision, with the General Court and European Court of Justice finding that the player's international fame and reputation outweigh the visual and phonetic similarities between the trade marks, although the decision does appears to be exceptional as a result of the incomparable worldwide reputation that Lionel Messi enjoys. As such, this should not deter trade mark owners from enforcing their rights where necessary – a trade mark registration can still be a very valuable asset for protecting and enforcing a brand and its reputation against third parties.

ARTICLE TAGS
UK Intellectual Property Trademark
POPULAR ARTICLES ON: Intellectual Property from UK
Ask The Expert – NFTs And Intellectual Property
HGF Ltd
Non-fungible tokens (NFTs) are a hot topic at the moment and when new technology such as this meets existing laws, things can get interesting.
Intellectual Property Infringement: Directors' Personal Liability
Humphreys Law
Remedies for intellectual property infringements include damages or, at a successful claimant's election, an account of profits.
Because AI Is Worth It
Marks & Clerk
The 4th Industrial Revolution is characterized by a fusion of different technologies including artificial intelligence (AI), 3D printing, quantum computing, and robotics.
Copyright Dogfight
Marks & Clerk
On 6 June, Paramount Pictures, the production company behind Top Gun: Maverick, was sued for copyright infringement in the USA by the heirs of Ahud Yonay
Patents In Music On World Music Day
J A Kemp LLP
World Music Day, or Make Music, was launched in 1982 in France as the Fête de la Musique, it is now held on the same day in more than 1,000 cities in 120 countries. In this article, we explore some...
Incentives In IP To Fuel To The Green Revolution
HGF Ltd
As part of its commitment to achieve net zero by 2050, the UK government has published a ten point plan for a Green Industrial Revolution. The plan focuses on stimulating development in...
FREE News Alerts
Sign Up for our free News Alerts - All the latest articles on your chosen topics condensed into a free bi-weekly email.
Register For News Alerts
Article Tags
UK Intellectual Property Trademark
Similar Articles
Powered by mondaq AI
MATCH
63%
Registered Trade Mark Wide-Claiming: The Pendulum Has Swung Humphreys Law
65%
Why Should I Register The Trade Mark(s) Of My Business? HGF Ltd
55%
Growth, Recruitment And Promotion In Trade Marks Team At Haseltine Lake Kempner Haseltine Lake Kempner LLP
46%
3D Shape Trade Marks For Medical Devices HGF Ltd
41%
Ask The Expert – NFTs And Intellectual Property HGF Ltd
Mondaq Webinars
Global Life Sciences M&A: Market Overview and Trends
Dechert
Webinar London UK
Funding or insurance? Commercial Approaches for Litigation and Arbitration
Erso Capital Advisors LLC
Webinar California United States
More Webinars
Comparative Guides
Anti-Corruption & Bribery
Artificial Intelligence
Banking Regulation
Blockchain
Cartels
More Guides
Mondaq Advice Centres
UK
Coming to and Investing in the UK
Global
Trademarks in SAARC Countries
More MACs