The Plaintiff, Thermos (China) Housewares Co.,Ltd, the exclusive licensee of Thermos Corporation's patented invention described as a 'Beverage Container', claimed that the safety valve and other components of a thermos cup produced by Shanghai Xuanlin Daily Necessities Co., Ltd  and sold online by Shanghai Youyou Daily Necessities Co., Ltd. fell within the scope of the patent.  It commenced patent infringement proceedings in the Shanghai Intellectual Property Court, seeking Orders that the Defendants cease the infringement and pay compensation of CNY 1 million (approx. US$150,000).

The Shanghai Intellectual Property Court held that the Defendants' thermos cup made use of the technical features set out in the patent claims and fell within the scope of the patent claims. The two Defendants had manufactured, sold, and offered to sell, without authorization, an infringing product. Because the Defendants were closely related business entities, and had cooperated in the manufacture and sale of the infringing products, they were held jointly liable for the infringement.

As the actual loss of the patent holder and the gains derived by the infringer were hard to determine, the Court considered various other factors involved in the case before making its final compensation determination. Ultimately, it awarded the amount the Plaintiff had sought.

The Defendant has appealed.

Dilidili Companies Ordered to Pay Compensation of 3 Million Yuan (approx. US$450,000) for Infringement of Bilibili trademarks

The Plaintiff, Shanghai Kuanyu Digital Technology Co., Ltd., the operator of the video sharing the website Bilibili.com (Bilibili), is the exclusive licensee of the following trademarks: 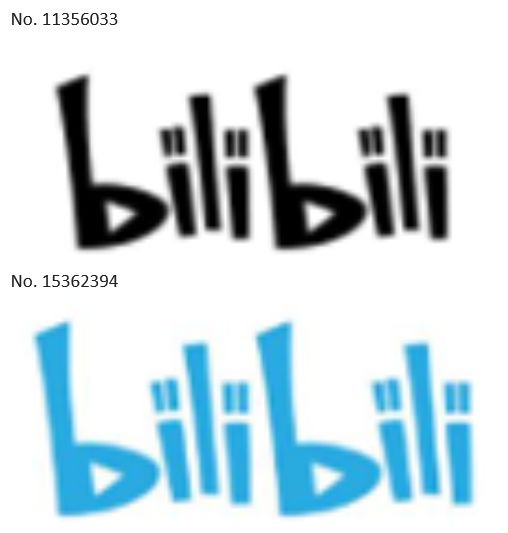 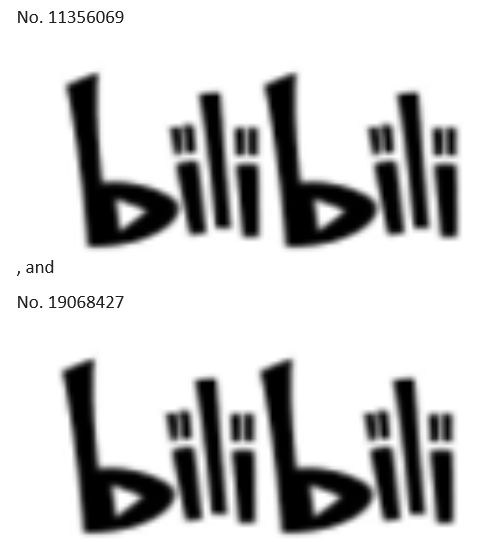 The Defendants, Fuzhou Dili Technology Co., Ltd., Fuzhou Bondage Network Co., Ltd., and Fujian Tianxia Wushuang Investment Group Co., Ltd, jointly operate the dilidili.wang (Dilidili) website.   On both the Dilidili website and a Dilidili App, the Defendants made use of a large number of 'dilidili' logos that the Plaintiff considered deceptively similar to the Bilibili registered trademarks.

The Plaintiff claimed that the Defendants' use of the 'dilidili' logos was likely to mislead and deceive online consumers into believing they were dealing with Bilili.  This not only harmed the Plaintiff's and Bilibili's good reputation and brand image, but was also contrary to the public interest.

On 31 August 2020, the Shanghai Yangpu District People's Court heard the trade mark infringement action and held that the Plaintiff's Bilibili trademarks, with the exception of trademark no. 11356033, had been infringed. The Defendants' Dilidili trademark as a whole was extremely similar to the Bilibili trademarks and the pronunciation of both marks was similar.  Further, with the exception of trademark No. 11356033, the Defendants' marks were being used in relation to the products and services in respect of which the Bilibili marks were registered.   As a result, there was a likelihood of confusion or deception arising.

Accordingly, the Court found in favour of the Plaintiff and ordered the Defendants to cease the infringement immediately; publish an appropriate statement for five days to reduce the impact of the infringement; and compensate the Plaintiff for economic loss and reasonable costs in the sum of CNY 3 million (approx. US$450,000).

In 2019, eight Chinese domestic films that had been launched at the Spring Film Festival - including 'The Wandering Earth',  'Pegasus' and 'Crazy Alien' - lost nearly CNY 800 million (approx.US$120 million) as a result of piracy and copyright infringement.  The Yangzhou People's Procuratorate filed a public prosecution under the Criminal Law for the Crime of Copyright Infringement: infringements involving relatively large illegal gains, or other serious circumstances.

The Defendants Ma Zhenyu and Ma Qingsong produced pirated videos using high-definition technology and began selling the videos to theaters in June 2016. At the beginning of 2017, with the participation of the Defendants Wen Jinjie, Lu Ming, the activities expanded and by the time of the Spring Festival in 2019 included the production and distribution via the internet of many pirated films including 'The Wandering Earth'.

The Court held that evidence of the Crime of Copyright Infringement was clear and sufficient, The four Defendants had engaged in this activity for a long time: it was a criminal group, with fixed members and a clear division of labour.  The Court determined the ringleaders and principal participants. It took account, however, of the fact that Ma Zhenyu, Ma Qingsong, Wen Jinjie, and Lu Ming had showed repentance, pleaded guilty and accepted punishment.  On this basis it  decided to impose a more lenient punishment, in accordance with the law, than it would otherwise have done.

After considering the facts, nature, status, role and social harmfulness of each Defendant's crime, the Court found them all guilty of the Crime of Copyright Infringement; sentenced them to terms of imprisonment ranging from four to six years; and imposed fines amounting to a total of CNY 12.8 million (approx.US$1,920,000).

Appeal Court Upholds Decision that online game 'Noble Aspirations' infringed Copyright in the novel 'Jade Dynasty' - in particular, the adaptation right and right of communication through an Information Network

The Court of First Instance ordered Huaduo Company to pay damages of CNY 3 million (approx. US$450,000) and costs of CNY 3,600 (approx. US$540). Both parties appealed to the Beijing Intellectual Property Court.

First, the Beijing Intellectual Property Court affirmed the infringement decision of the Court of First Instance.  It held that the Defendant's game had reproduced elements of 'Jade Dynasty' that were capable of protection. The defence that elements such as character names and scenes were not capable of protection, was not accepted.

Secondly, it held that Huaduo Company had adapted the novel 'Jade Dynasty' and applied the adapted content in its game  'Noble Aspirations' without permission, thereby infringing the right of adaptation enjoyed by Perfect Company.  Its operation of the game online infringed Perfect World Company's right of communication through information network.

Thirdly, Huaduo Company's promotional material contained false statements and was likely to mislead the relevant public to believe that the 'Noble Aspirations' game had been authorized by the owner of rights in 'Jade Dynasty'

Finally, given that both the actual loss of the copyright owner and the gains derived by the infringer were hard to determine, and considering various other factors involved in the case, the Court decided that the amount of compensation determined by the Court of First Instance was reasonable.

Accordingly, the appeal was rejected and the judgment of first instance was maintained.