In mid-2016 the EPO introduced "Early Certainty from Opposition", announcing that streamlined internal workflows would apply to first-instance opposition proceedings as from 1 July 2016: see notices in the EPO Official Journal, May 2016, A42 and A43. A stated intention was to reduce the time needed for a first-instance decision in "straightforward" cases to 15 months from expiry of the opposition term. Perhaps reasonably enough, no attempt was made to define "straightforward".

Intended or possible effects of EPO-internal "streamlining" on requirements to be made of parties to proceedings were not particularly spelled out in the May 2016 notices. They indicated that the term to be set for the patentee to respond to the notice(s) of opposition would be 4 months, extendible only in exceptional cases, as was previously so (see e.g. Rule 132 EPC). In the November 2016 version of the Guidelines for Examination at the EPO, a passage was amended to emphasize that extensions would be granted "only in exceptional, duly substantiated cases". This was maintained in the November 2017 version of the Guidelines (Part E, Chap. VIII, 1.6 Extension of a time limit).

The notices also indicated that the time between issue of a summons to oral hearing and the hearing date would now normally be at least 6 months (up from 4 months) and that the deadline for final written submissions would now normally be set at 2 months before the hearing (rather than 1 month). These changes were incorporated into the November 2016 Guidelines and maintained in the November 2017 Guidelines (Part E, Chap. III, 6. Summons to oral proceedings; Part D, Chap. VI, 3.2. Summons to oral proceedings). 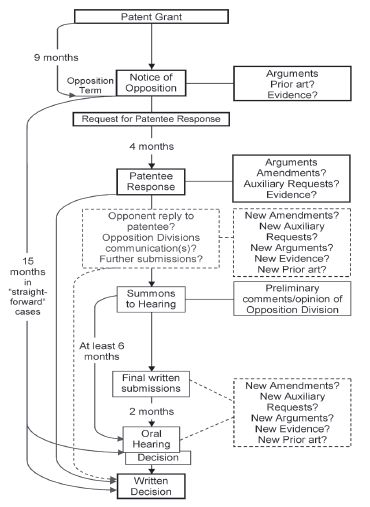 The schematic above outlines steps in opposition proceedings. It does not indicate all possibilities, but shows steps in the procedure which are more or less common.

It is probably too soon to make a firm determination of whether "Early Certainty from Opposition" has in general expedited first-instance opposition proceedings, even if its effect can eventually be singled out from other factors affecting opposition proceedings. However, an EPO "Quality Report" ( http://www.epo.org/about-us/services-and-activities/quality/quality-indicators.html, indicated as updated on 28.5.2018) offers this information on the length of opposition proceedings: 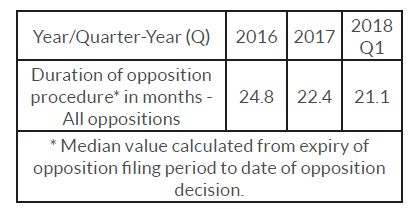 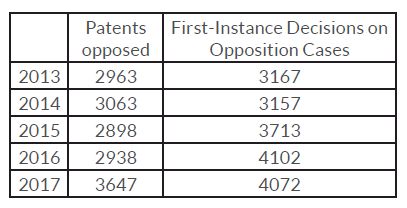 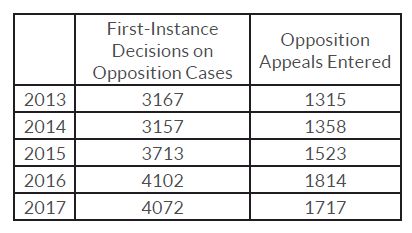 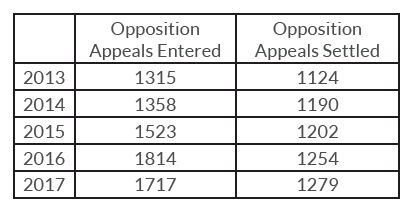 Of course, not all cases still to be settled, either in the first-instance or on appeal, can reasonably be said to represent "backlog". The proceedings involved cannot be concluded arbitrarily quickly. Perhaps a "backlog" might be said to be represented by cases still undecided after some minimum possible time within which the relevant proceedings could, at least theoretically, be concluded, or by cases still undecided after some target period. 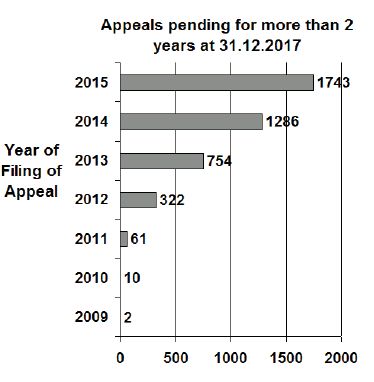 Annual Report of the Boards of Appeal for 2017 indicates that the average length of proceedings before Technical Boards of Appeal was 38 months overall and 37 months for opposition appeals.