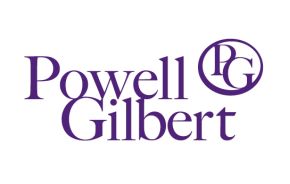 UK: Charging Up: The Rapid Rise Of Battery Technology

by Sam Mitchell
Powell Gilbert
To print this article, all you need is to be registered or login on Mondaq.com.

First developed in 1799 by the Italian physicist Alessandro Volta, battery technology can hardly be said to be new. Fast-forward two centuries, however, and batteries are front-and-centre of the renewable energy revolution: in November 2019 UBS estimated that the global market for energy storage will reach US$462 billion by 2030.

This is hardly surprising when we consider the arsenal of modern battery-powered appliances at our fingertips and the ever-increasing demand for electric vehicles and renewable energy storage. Indeed, our increasing reliance on battery technology has seen this old invention continue to develop at rapid pace.

More than 7,000 international patent families relating to electricity storage were published in 2018, up from 1,029 in 2000. Since 2005 this represents an annual growth rate of 14%, compared to just 3.5% on average across all technology areas. The vast majority of these have been in electrochemical inventions (i.e. batteries), accounting for 88% of all patenting activity in this area.

Leading the charge are lithium-ion ("Li-ion") batteries. Li-ion batteries possess a higher power capacity and charge density than batteries made of other materials. It is Li-ion batteries that have made the mass-manufacturing of electric vehicles possible, and led to their developers being awarded the Nobel Prize in Chemistry in 2019.

2.  Japan and the Republic of Korea lead the charge

Japan and the Republic of Korea are, by far, the lead runners in the global battery technology race.  Of the top ten global applicants, seven are Japanese (spearheaded by Panasonic and Toyota) and two are Korean (Samsung and LG Electronics). The only non-Asian company to feature is the German company Bosch. From 2014 to 2018, Japan alone was home to 41% of all Li-ion patenting activity. Interestingly, Samsung's growth has targeted portable electronics, whereas the majority of other patent filings in this area have focused on automotive applications.

Every battery, whether one developed today or the 1799 original, is composed of two electrodes - an anode and a cathode - dipped in electrolyte (a conductive solution) with a separator that controls the flow of electric charge. The first rechargeable Li-ion battery patent arose when Stanley Whittingham (Nobel prize winner, working at oil giant Exxon at the time) realised lithium metal could be used as an anode. It was later discovered that a graphite anode was more effective, but the name Li-ion remains due the movement of lithium ions.

Today, the most innovative breakthroughs are focused on Li-ion battery cathodes. The recent focus has been on NMC cathodes – one third nickel, one third manganese and one third cobalt. However, recent filings suggest that NCA (lithium nickel cobalt aluminium oxide) may displace NMC in the spotlight. The reason is the shift in desired criteria towards improving specific energy (energy per unit mass), durability, power output, charge / discharge speed and recyclability.

A note on disputes

Similarities can therefore be made between the automotive sector and the smartphone sector, and it would not be surprising to see a substantial rise in licensing activity and disputes.

One company that has already been particularly active asserting its patent portfolio is Varta AG, renowned for its manufacture of automotive batteries.

However, it is not this IP that the Germany company is so fiercely protecting. At the end of last year, Varta sued Samsung and a number of its retailers in Germany, asserting patent infringement relating to its patented 'button batteries' – EP 2 394 324 – a rechargeable lithium-ion battery used in Galaxy Buds earphones.  Further proceedings were issued in the US earlier this year.

The actions resulted in a global settlement in August. Varta now apparently wish to refine and further develop their relationship with Samsung and other manufacturers, particularly those that manufacture smart watches and fitness trackers.

These matters exemplified the rather unusual case of a vendor commencing proceedings against one of its own customers, so it will be interesting to see how this impacts future business relations, and whether we see other innovative companies take the same approach.

ARTICLE TAGS
UK Energy and Natural Resources Energy Law Renewables Intellectual Property Patent
POPULAR ARTICLES ON: Intellectual Property from UK
In Good Spirits: Supporting Scotland's Whisky
Marks & Clerk
From northern Alaska to sprawling Shanghai, ask a local to name something Scottish and you might expect a few things.
Distinctly Different? Trade Marks And The Standards For Distinctiveness
Gowling WLG
The growth of the online world has meant that many brands which previously would have been accessible by and promoted to a section of society are now available to the world.
Innovation In Aquaculture
Marks & Clerk
Aquaculture is the farming of fish, crustaceans, molluscs, aquatic plants, algae and other organisms and Scotland has a long and respected history in this regard.
The New Regime For Trade Mark And Design Protection In The UK And Europe
J A Kemp LLP
The UK withdrew from the EU (Brexit) on 31 January 2020, and the transition period ended on 31 December 2020. The UK is no longer subject to EU law...
Brexit: We Have It Covered
Haseltine Lake Kempner LLP
The UK's departure from the European Union may, on the face of it, have had an impact on certain IP rights and on how particular work is handled...
The Difference Between Trade Marks, Patents, Copyright And Designs
Dehns
The term intellectual property (IP) refers to a variety of different types of legal rights.
FREE News Alerts
Sign Up for our free News Alerts - All the latest articles on your chosen topics condensed into a free bi-weekly email.
Register For News Alerts
Article Tags
UK Energy and Natural Resources Energy Law Renewables Intellectual Property
Patent
More Tags
Related Articles
The Patent Bar And Beyond – From Holding Court, To Heading The Classroom, In An IP Career Spanning 40 Years: In Conversation With Sir Robin Jacob Gowling WLG
Ferrari Drives Forward The Law On Genuine Use Of A Trade Mark Ashfords LLP
A Fabric Design Has Been Found To Be A Work Of Artistic Craftsmanship: Will Response Clothing Cause A Shift In How UK Copyright Is Assessed? Bristows
Podcast On Developments Relating To Component-level SEP Licensing Bristows
Is Your Brand Veganu-ready For 2021? Marks & Clerk
Mondaq Webinars
Merger Control Trends in Turkish Competition Law
ELIG Gürkaynak Attorneys-at-Law
Webinar Istanbul Turkey
Employment Law: Challenges that Lie Ahead for UK Employers in 2021
Stewarts
Webinar London UK
More Webinars
Comparative Guides
Anti-Corruption & Bribery
Banking Regulation
Blockchain
Cartels
Corporate Tax
Mondaq Advice Centres
UK
Coming to and Investing in the UK
Global
Trademarks in SAARC Countries
Global
Investment Immigration
More MACs
Upcoming Events
Gowling WLG Annual Patents Review
Gowling WLG
Webinar London UK
SPCs – Update On Recent Political And Legal Developments
J A Kemp LLP
Webinar London UK
Mondaq Social Media