Following the UK's EU exit, the UK government committed to introducing new rules for authorities that award subsidies to businesses. After eight weeks of consultation the UK government published the Subsidy Control Bill and consultation response on 30 June 2021. The rules are intended to be simpler and clearer than the EU State aid rules that they replace in the UK, but they seem likely to give rise to just as many uncertainties as the EU regime.

The key elements of the new system:

Some of the key features of the new Subsidy Control Bill include: 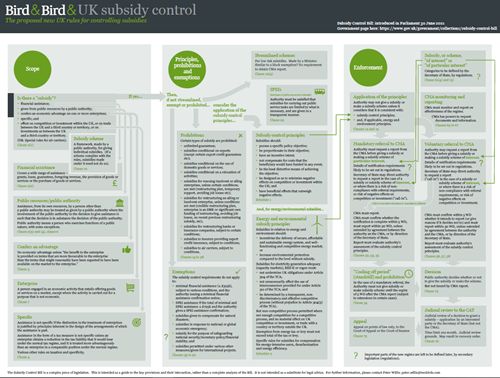