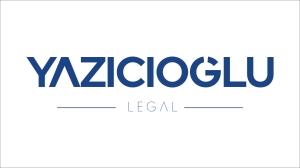 Turkey: A Landmark Decision By The Turkish Constitutional Court On "Right To Be Forgotten"

Turkish Constitutional Court recently decided in favour of an applicant, who suffered from two piece of internet-news dated 1998 and 1999; and decided that such news be removed from the website of the concerning newspaper based on the ground of "right to be forgotten". The news subject to the ruling reported the applicant's use of drugs and sentence of monetary fine due to such usage.

The court ruled that:

I must point out that this decision is not the first high court decision rendered on the ground of "right to be forgotten" in Turkey. The General Chamber of Court of Appeals has already made a ruling in June 2015, which provided a very detailed definition of "right to be forgotten". Actually, Constitutional Court's reasoning includes a reference to such decision of General Chamber of Court of Appeals as well as several decisions of Court of Justice including the famous Google-Costeja Decision.

On the other hand, this decision is still particularly important; because it recognizes the "right to be forgotten" in a constitutional level in Turkey and links it to a constitutional provision.

For the Turkish language version of this decision you can click on the following link: Constitutional Court Decision on Right to be Forgotten (in TR)