Turkey: Buckle Up: The TCA Published Its Long-Awaited Decision On The Banking Sector

The banking sector has always been at the center of the global economy. From retail banking to syndicated loans, financial institutions provide a variety of services to individual customers and businesses. With the increasing technology and financial innovation, banks are positioned to provide their services on a global scale and emerge as one of the driving forces of the world's economy.

Due to its critical position in the global economy, banking services usually entail various regulatory rules and enforcement actions. In 2020, the Turkish Competition Authority ("TCA") launched a preliminary examination to determine whether the financial institutions operating in Turkey have violated Law No. 4054 ("Competition Law").

The TCA focused its investigative efforts on activities

related to deposits, loans, foreign exchange, government bonds, commercial bonds, and intermediation services. After a prolonged examination process, the TCA did not find any infringement and closed the preliminary examination without any measures on any banks or financial institutions.

On 9th September 2022, the TCA published its reasoned decision1 ("Decision") concerning the preliminary examination launched in the banking sector. The preliminary examination marks one of the longest-lasting cases in TCA's enforcement history. It took almost two years (which is far longer than the duration given to the agency) for the TCA to conclude the process and produce its reasoned decision.

Another important aspect of the preliminary investigation is the extensive amount of data collected through the Requests of Information ("RFI") and on-site inspections. Hence, it is fair to point out that this was one of the most comprehensive preliminary examinations of the TCA. Below, you may find a summary of the TCA's remarks and determinations in the 170+ pages-long reasoned decision.

Background of the Case

Within the scope of the RFIs, the TCA requested the banks to provide digital data (e.g., e-mails, messaging records, Bloomberg chats, etc.) relating to all traders involved in Turkish Lira-denominated transactions.

How Does TCA Asses the Market?

The focus of the preliminary examination was transactions denominated in Turkish Lira. Accordingly, the TCA reasoned that the geographic market can be determined as Turkey.

By reference to the TCA's previous decisions, the relevant product/service market has been considered the "banking services market". The TCA took into consideration the following sub-product markets: 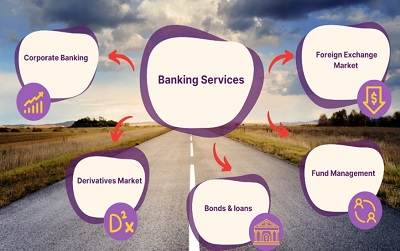 In the reasoned decision, the TCA provides a detailed assessment of its decisional practice concerning banking services. Accordingly, the Decision focuses on three cases; Salary Promotion Decision3, 12 Banks Decision4, and Syndicated Loan Decision5,  where the TCA examined the collusive behaviors among competing banks concerning various financial services. In the 12 Banks decision, the TCA fined all notable banks in Turkey for fixing interest rates in various consumer loans, while the Syndicated Loan Decision focuses on the exchange of sensitive information and potential collusion among banks that take part in the same syndicated loans.

The Salary Promotion Decision concerns cooperation among competing banks in their salary handling services. Another decision referenced by the TCA is the FX Decision6 where the allegations focus on sharing bid-ask spread information, manipulating exchange rates during fixing transactions, engaging in coordinated stop-loss hunting, coordinated frontrunning behavior, and information sharing regarding customer orders.

Another important aspect of this decision is to distinguish financial manipulation from anti-competitive collusion. Accordingly, the TCA underlines two major issues that may constitute manipulation:

TCA provides that there is no fundamental difference between the definition of manipulation and anti-competitive collusion and singles out the infringing behaviors as determining the price, supply, and demand of a product or service, incompatible with the market conditions, through an agreement, coordination, or exchange of competitively sensitive information.

On the other hand, the TCA also set forth the differences between manipulation and anti-competitive collusion. As the concept of manipulation is related to artificial price maintenance in financial markets, it can be carried out by a single undertaking. In such a case, there will not be any collusion between competitors. Therefore, the first issue to be determined is whether the manipulation act contains at least two parties or not. If yes, it is possible to proceed with the other stages of the competition law assessment.

Regarding the market structure of the financial markets, TCA sets forth the following:

How Does the TCA Assess Information Exchanges in the Banking Sector?

The TCA assesses that coordinated frontrunning and coordinated stop loss hunting among traders of competing banks may be considered manipulative collusion and/or a violation of competition. The basis of this assessment revolves around the risk of exchanging competitively sensitive information. Accordingly, TCA provides that if the following conditions are met, the information exchange is highly likely to be considered within the scope of a direct infringement:

Consequently, the TCA decided to close the preliminary examination without any measures. Due to the extensive amount of data collected through RFIs, the TCA spent almost two years on the case. Accordingly, the Decision includes a broad scope of activities and provides an overall assessment of the financial services industry.

With respect to the allegations, the TCA provides

that the findings are not sufficient to impose any measures. That said, both the FX case and the case at hand indicate that the TCA tends to take action at times of significant currency fluctuations.

From a macroeconomic perspective, the currency fluctuation keeps increasing in Turkey and the TRY is losing value against the USD and Euro. Additionally, the inflation and loss of buying power are more severe than it was in 2020. Hence, it would be fair to consider that the TCA may keep its eye on the financial services market for any potential violations.

Against this backdrop, it is prudent for banks and financial services companies to keep up with compliance efforts and have an effective system in place for the core service areas such as deposits, loans, foreign exchange, government, and commercial bonds, and intermediation services. Updated competition law training, reminders by the compliance team to the treasury desks, internal inspections, and mock dawn raids are among the key compliance actions to be implemented regularly. It's crucial to be in compliance with the RFIs and cooperate with case handlers in on-site inspections considering the TCA's recent strict enforcement trend. It is also critical to refrain from direct/indirect information exchanges and any sort of concerted practice with other institutions.