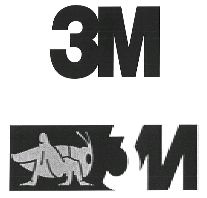 ARTICLE TAGS
Jamaica Intellectual Property Trademark
POPULAR ARTICLES ON: Intellectual Property from Jamaica
Patent Law in India
Anand & Anand
The Patents Act 1970, along with the Patents Rules 1972, came into force on 20th April 1972, replacing the Indian Patents and Designs Act 1911. The Patents Act was largely based on the recommendations of the Ayyangar Committee Report headed by Justice N. Rajagopala Ayyangar. One of the recommendations was the allowance of only process patents with regard to inventions relating to drugs, medicines, food and chemicals.
What Can Be Patented In India?
Intepat IP Services Pvt Ltd
Sections 3 and 4 of the Indian Patents Act, 1970 specifically state exclusions to what can be patented in India.
Patents Law In India - Everything You Must Know
Vaish Associates Advocates
The presentPatents Act, 1970 came into force in the year 1972, amending and consolidating the existing law relating to Patents in India
Process: Trademark Registration In India
Intepat IP Services Pvt Ltd
Many entrepreneurs do not comprehend the importance of a TM search.
All You Need To Know About "Well-Known Trademarks"
Khurana and Khurana
With coming up of the new Trade Mark Rules 2017, a new procedure has been created that allows the Registrar to proclaim a particular trademark as "well known".
Compulsory Licensing In India
Khurana and Khurana
WIPO defines patent as an exclusive right granted for an invention, which is a product or a process that provides, in general, a new way of doing something, or offers a new technical solution to a problem
FREE News Alerts
Sign Up for our free News Alerts - All the latest articles on your chosen topics condensed into a free bi-weekly email.
Register For News Alerts
Article Tags
Jamaica Intellectual Property Trademark
Related Articles
Finally A Modern Patents And Designs Act For Jamaica! Foga Daley
Role Of Intellectual Property Protection In Jamaica's Transformation: From Crown Colony To Middle-Age Independent Foga Daley
Jamaica Trade Marks Act 2013 Amendments Foga Daley
The 2015 Jamaica Copyright Amendments – Major Changes Foga Daley
Copyright Registration In Jamaica Foga Daley
Mondaq Webinars
Fraud and Asset Recovery in England - Building an Effective International Strategy
PCB Litigation LLP
Webinar London UK
Latest Trends and Outlook on Swiss M&A/Private Equity Market and Corporate Law
Wenger Plattner
Webinar Zurich Switzerland
More Webinars
Mondaq Advice Centres
Global
Trademarks in SAARC Countries
Global
Investment Immigration
More MACs
Upcoming Events
Mondaq Social Media