In order for a trade mark to be registrable it must be distinctive and capable of distinguishing one party's products from those of other parties operating in a similar field of trade. Ideally trade marks should not be descriptive of the goods they apply to, or of the inherent qualities or characteristics of the goods. What we often see, particularly in the alcohol industry, is, for example, certain ciders, named after the variety of apple used to make the cider itself. The question is: is such name considered distinctive or descriptive?

Disclaimer: the examples used in this article are purely for illustration purposes, and for purposes of research and study.

The Katy apple is a Swedish dessert apple variety, not so commonly used to make cider, but which has fairly recently been recognised by cider makers as an interesting varietal to be used in cider making. Thatchers, a renowned cider maker in the UK, grows about 460 different apple varieties at its orchards, including the Katy variety. In the early 2000's it launched its Thatchers KATY cider, and has since secured registered trade mark rights in the UK for THATCHERS KATY (2001) and KATY (2006) in class 33 to cover cider – a depiction of this product is found below.

Given that Thatchers has secured registered trade mark rights for the word KATY, Cider makers abound may now be faced with a quandary as to whether they can use the fashionable Katy variety of apple in their ciders, and if so, can they make reference to the word "Katy" on their cider labels at all.

There are a few issues at play. How did Thatchers manage to secure registered trade mark rights for the word KATY in class 33 on cider in the first instance, given that i) it is a descriptive term for a specific variety of apples AND more pointedly ii) where Katy apples are used in that particular cider itself1 ?

If regard is had to i) Whilst Katy is and was a descriptive term for a specific variety of apples at the time that Thatchers filed its trade mark KATY, it probably wasn't and still isn't considered a descriptive term when used, as a trade mark, in relation to cider per se. A question might arise to as to whether cider and apples used in cider making are similar goods. In terms of South African case law, in particular in ALEXANDER ANATOLE THEODOR METTENHEIMER & ZONQUASDRIFT ESTATES (PTY) LIMITED v ZONQUASDRIF VINEYARDS CC & Others, the Supreme Court of Appeal found that wine grapes and wine were not similar goods. Through a process of deduction and reliance on case law in a local context, one can similarly argue that apples used in cider, and cider as an end product, are not similar goods.

If regard is had to ii) should this numeral be i? There is no ii above 2 above, given that Thatchers likely uses Katy apples in its KATY cider, it runs the risk of encountering an objection to its registered KATY trade mark by an interested third party on the basis that its KATY mark is indicative of the qualities and characteristics of its cider which is made from Katy apples. To the writer, it seems that Thatchers could defend its position in the market, by relying on evidence of its substantial use of the trade mark KATY on cider prior to when it filed such mark in the UK in 2006, showing that the word had gained a secondary meaning of a distinctive nature, apart from as a descriptor for a specific variety of apples (irrespective of whether or not such apples are used in its cider).

So can cider makers use the fashionable Katy variety of apple in their ciders, and if so, can they make reference to the word "Katy" on their cider labels at all? The answer to both questions is YES. However, the writer would suggest that the use of KATY as a trade mark be avoided, particularly in the UK where Thatchers has a monopoly right in the form of a registered trade mark, that is prima facie valid and enforceable against third parties. As such, cider makers should restrict use of the term "Katy" to descriptive use only. Examples of descriptive references to an apple varietal used in a cider include: 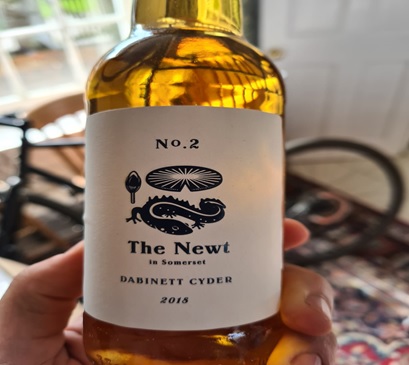 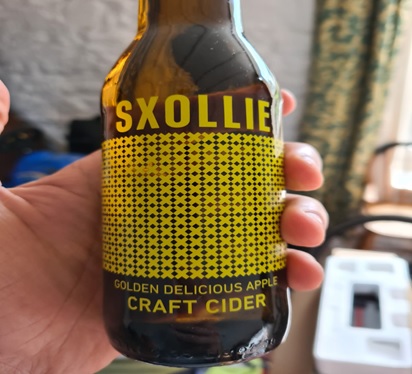 Notably the references to "Dabinett Cyder" and "Golden Delicious Apple" appear to be descriptive as they are subsidiary elements that lie beneath the primary trade marks (which in the above examples would be THE NEWT and SXOLLIE), and are cited in smaller font.

1 Here is point (ii) which is referred to below.

ARTICLE TAGS
South Africa Intellectual Property Trademark
POPULAR ARTICLES ON: Intellectual Property from South Africa
The Legal Implications Of Sampling Music Under Nigerian Law
Banwo & Ighodalo
In 2019, Ajibola Muyiwa Danladi, popularly known as ‘Danny Young' brought copyright infringement proceedings against Tiwa Savage and her then record label, Mavin Records, on the grounds...
Intellectual Property In Nigeria: A Summary Of Protectable Rights In Nigeria
Olisa Agbakoba Legal (OAL)
Generally, Intellectual Property ("IP") covers products of intellectual creations. However, it can also mean a generic term that describes creations of the intellect concerning which the law ascribes the...
Requirements And Procedure For Registration Of Trademarks In Nigeria
Pavestones Legal
Over the years, trademarks have gained prominence around the world as one of the most important intangible assets of any business. Trademarks play a crucial role in branding as they provide businesses and their products with a unique identity.
Who Really Owns The "Machala" Song?
Perchstone & Graeys
The song ‘‘Machala'', performed by Oderhowo Joseph Efe; popularly known as Carter Efe, was released on 30th July 2022 in honour of the popular afro music star; ‘‘Wizkid''.
Registration Of A Patent In Nigeria
The Trusted Advisors
A patent is a license that confers its owner with the legal right for a limited period to make, use or sell an invention to the exclusion of others.
Nigeria Copyright Commission Signs MOU With Federal Airports Authority Of Nigeria To Combat Piracy At National Airports
Adams & Adams
The Director-General of Nigeria Copyright Commission ("NCC "), announced that it has signed a Memorandum of Understanding (MOU) with the Federal Airports Authority Of Nigeria ("FAAN")...
FREE News Alerts
Sign Up for our free News Alerts - All the latest articles on your chosen topics condensed into a free bi-weekly email.
Register For News Alerts
Article Tags
South Africa Intellectual Property Trademark
Similar Articles
Powered by mondaq AI
MATCH
77%
Wanna Take A "Slofie"? KISCH IP
77%
Is Apple Really Threatened By The Pear? ENSafrica
68%
Apples And Pears, Beers And Confusion ENSafrica
62%
Think Different? Sorry, But The "Use It Or Lose It" Rule Applies To You Too ENSafrica
60%
Trade Marks Matter, Especially During COVID! Adams & Adams
Related Articles
IP: Threats, Theft And Ignorance ENSafrica
COVID-19: Is The IP Truce Over? ENSafrica
Trade Marks – Product Shapes And Slogans ENSafrica
Facebook: A Somewhat Tricky METAmorphosis From Facebook To Meta ENSafrica
Diving Into The Scope Of Conceptual Trademarks Inventa
Mondaq Webinars
Recent Global Private Capital Developments Seen from a Channel Islands Perspective
Mourant
Litigation Funding in Canada
Nomos Capital Corp.
More Webinars
Comparative Guides
Dominance
Labour and Employment
Private Equity
More Guides
Mondaq Advice Centres
Global
Trademarks in SAARC Countries
More MACs