by Gaelyn Scott (Johannesburg)
ENSafrica
Your LinkedIn Connections
with the authors

The company Lindt & Sprungli is the maker of the famous Lindt chocolate bunny. The product comprises chocolate in the shape of a squatting bunny, wrapped in gold foil with a red ribbon and a small bell. The chocolate bunny is a very big seller around Easter time, with sales in the tens of millions. 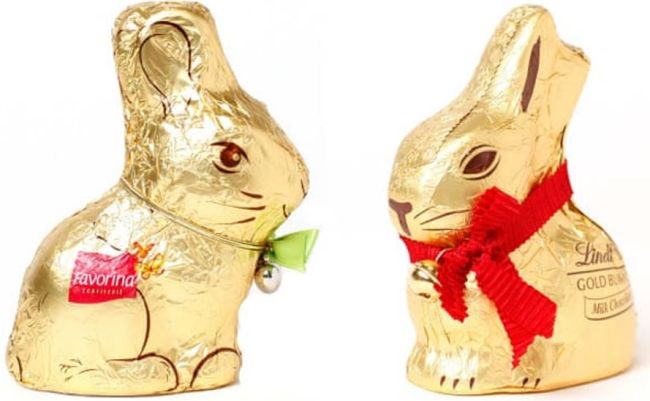 Lindt has two Swiss trade mark registrations for the bunny, one in black and white and one in the colours gold, brown and red.

Lindt recently brought a trade mark infringement case against the supermarket Lidl in Switzerland. Lindt's complaint was that Lidl was infringing its rights by selling a product comprising a similar rabbit-shaped chocolate in foil and with a ribbon. Lidl responded by arguing that the shapes are commonplace and do not qualify for registration.

The Swiss court held that Lindt's trade mark registrations are valid. The court referred to consumer surveys that show that consumers do in fact associate the shape with Lindt. It went on to find that there had been an infringement.

The court held that the destruction of the product was justified. Yet unusually it went on to say that this "does not necessarily mean that the chocolate as such would have to be destroyed", suggesting it could be melted down and used in other ways. It's not clear if this shape-shifting advice was taken up.

The enforcement of the IP rights in the chocolate bunny has been a bit of a mixed bag for Lindt. It's won similar cases in Austria and Germany against rival chocolate manufacturers. In Germany, Lindt focused its efforts on the colour gold and submitted a survey that showed that 70% of respondents associated the colour with Lindt.

Yet, despite having various national trade mark registrations for its product shape, Lindt failed in its attempt to get an EU trade mark registration for the shape and colour (including the red ribbon and bell), because the authorities felt that it was not sufficiently different from other chocolate products.

It's worth bearing in mind that EU trade mark authorities take the view that consumers are less likely to see the shape of a product as an indicator of commercial origin than a brand name or logo. They generally require proof that the shape has been around for some time, and that it also departs significantly from the norms of the industry.

SUPERMARKET LOOK-A-LIKES AND COLIN THE CATERPILLAR

Cases like this are a stark reminder of how big the issue of supermarket look-a-likes is. South Africans are sometimes amazed when they see how blatant the copying can be in places like the UK. Some readers will remember that we discussed this phenomenon a while back in an article on Colin the Caterpillar and the rather amusing spat between Marks & Spencer and Aldi. 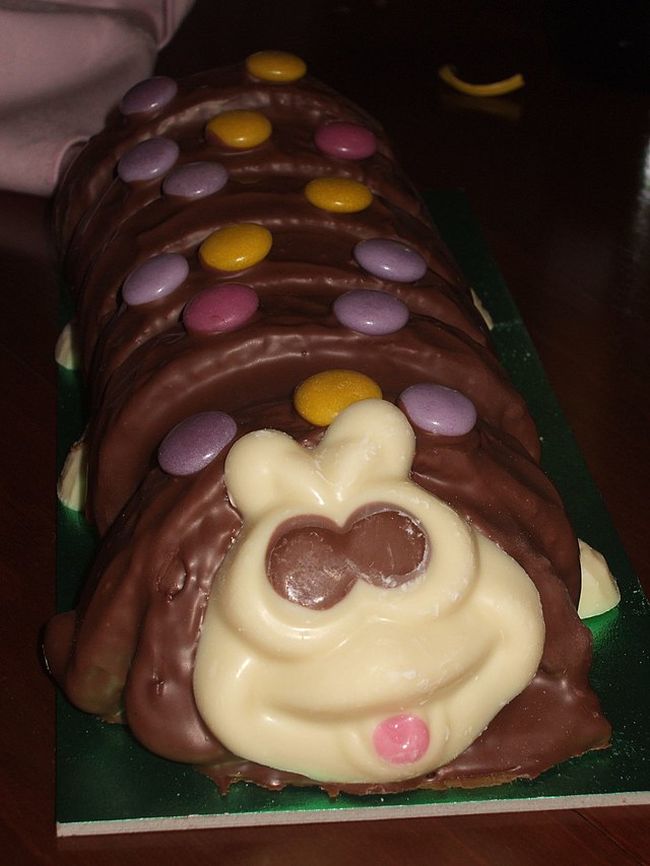 The issue of supermarket look-a-likes is less of a thing in South Africa than it is in some other countries. Yet, cases of this sort can arise. When they do there are various options.

If the company whose brand is being copied has done the sensible thing and obtained a trade mark registration for the particular get-up or packaging (like a shape or colour trade mark), it will be able to respond by suing for trade mark infringement. It's worth noting that the definition of a "mark" in the South African Trade Marks Act, 1993 is very wide:

"Any sign capable of being represented graphically, including a device, name, signature, word, letter, numeral, shape, configuration, pattern, ornamentation, colour or container for goods or any combination of the aforesaid."

Even without a trade mark registration, the brand owner may be able to sue for passing off, but it is important to remember that a passing off case can be far more difficult than a trade mark infringement case because it requires proof of reputation/goodwill.

Passing off forms part of the wider field of unlawful competition. Unlawful competition covers somewhat vague and elastic notions such as the general sense of justice, fair play and the morals and ethics of the particular business community.

There have been cases that have suggested that the copying of a competitor's product shape or appearance might constitute unlawful competition if the motive is to harm the competitor rather than to grow the company's own business.

ARTICLE TAGS
South Africa Intellectual Property Trademark
POPULAR ARTICLES ON: Intellectual Property from South Africa
GCC New Patent Amendments Effective January 01, 2023
Audiri Vox
The Gulf Cooperation Council (GCC) Patent Office has resumed handling of patent applications, examinations and annuities on behalf of the Kingdom of Bahrain and the State of Kuwait from January 01, 2023.
Moral Of The Story
Adams & Adams
Authors of copyright protectable works retain certain rights despite not being the owners of such copyright
Dubai Customs Registers 4,344 Trademarks To Protect Intellectual Property Rights
United Trademark & Patent Services
As it is a known fact, Dubai is the commercial hub of the Middle East and is a busy route for imports and exports.
The GCC Patent Office To Handle New Applications From January 2023
Gowling WLG
In the latest Official Gazette issued by the Gulf Cooperation Council (GCC) Patent Office, the Patent Office confirms the start of the new 'outsourcing' model announced earlier in 2021 for new patent
Requirements And Procedure For Registration Of Trademarks In Nigeria
Pavestones Legal
Over the years, trademarks have gained prominence around the world as one of the most important intangible assets of any business. Trademarks play a crucial role in branding as they provide businesses and their products with a unique identity.
Intellectual Property In Nigeria: A Summary Of Protectable Rights In Nigeria
Olisa Agbakoba Legal (OAL)
Generally, Intellectual Property ("IP") covers products of intellectual creations. However, it can also mean a generic term that describes creations of the intellect concerning which the law ascribes the...
FREE News Alerts
Sign Up for our free News Alerts - All the latest articles on your chosen topics condensed into a free bi-weekly email.
Register For News Alerts
Article Tags
South Africa Intellectual Property Trademark
Related Articles
Change In Assignment Requirements In South Africa Adams & Adams
Moral Of The Story Adams & Adams
Flying Under The Radar: What Are Stealth Trade Mark Applications? Adams & Adams
Where Is The Trade Secrets Rulebook? Inventa
Confusing Similarity – Little More Than A Crapshoot? ENSafrica
Mondaq Webinars
Considering the Nigerian Start-Up Act & The Opportunities for Tech
Oake Legal
A Guide for Business and Investors – The Sleeping Giant; Why is Nigeria the New Emerging Market for Global Business
Threshing Fields Law Practice
More Webinars
Comparative Guides
Dominance
Labour and Employment
More Guides
Mondaq Advice Centres
Global
Trademarks in SAARC Countries
More MACs
Upcoming Events
Mondaq Social Media