by Tevin Jones
ENSafrica
Your LinkedIn Connections
with the authors
To print this article, all you need is to be registered or login on Mondaq.com.

Most people know that Facebook is now Meta, following a well-publicised rebrand in 2021. According to an article that appeared in the publication IP Planet: "the main goal was for this name to fit better with future developments of the company, and in particular with the emergence of the metaverse as a new virtual world." 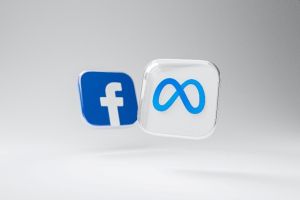 We reported back in 2021 on the emergence of the Metaverse. That article mentioned the interest in the name META. Nike, for example, had filed a US trade mark application for the name META in class 9 for "virtual goods namely computer programs featuring clothing, headgear, eyewear... for use online and in online virtual worlds", as well as in class 35 for "retail stores featuring virtual goods namely footwear, clothing, headgear... online retail stores services featuring virtual merchandise."

In our earlier article, we looked at problems that Facebook might face and mentioned that an Arizona-based retailer called Meta PCs had got in before Facebook with its US trade mark application for META, and was now of the view that this little baby was worth some USD20-million.

A further problem has now come to light. According to the IP Planet article, Facebook is facing litigation in New York from a company that has US trade mark registrations for the name META (in this case, with a stylised letter M) in classes 35 and 41. The company, METAx, claims use of the mark META since 2010 on virtual reality and augmented reality technologies. According to the article, Facebook has been aware of METAx's business and registrations since 2017, when the companies started communicating.

And there's more to come

IP Planet suggests that more disputes can be expected based on other META registrations for related goods and services. It suggests that "one possible defensive strategy for Facebook could be to claim a low distinctive character for the word META at least for services related to the metaverse."

This is, of course, a risky strategy for any brand owner. If you claim that your trade mark is weak, it makes both registration and enforcement considerably more difficult. It would be interesting to know what Facebook's thinking was when it decided to go with META: was the name really that important, does the company value exclusivity and the ability to enforce trade mark rights?

The Facebook-Meta rebrand highlights a number of trade mark basics and truths: trade mark registration is very important, as regards both the right to use the trade mark and the ability to enforce rights; trade mark registers globally are rather crowded and, as such, it can be very difficult to find a trade mark that is available (however, the flip side is that this encourages parties to create truly unique and distinctive trade marks).

We'll end this piece with these words from the IP Planet article, which makes the point that there's more than one way to skin a cat:

"In general the main rule when someone wants to file a trademark is to check for earlier rights and to avoid possible conflicts which can lead to complex lawsuits and a lot of expenditure. Of course, there is another strategy, that however requires deep pockets and out-of-court agreements." We offer trade mark availability and registrability search services in territories across the globe.

In other words, when you are looking to introduce a new brand, you should try to come up with something original, unique, distinctive and not descriptive, although it may subtly allude to the goods/services. Something smart like, oh I don't know, how about....Facebook?