South Africa: Ronaldo And Messi - Increasing The Brand Values Of Their New Clubs

by Rowan Forster
ENSafrica
Your LinkedIn Connections
with the authors

We have in previous articles discussed both the value of football player brands and football team brands.

We've looked at how two players, Lionel Messi and Cristiano Ronaldo, have dominated world football for many years, each winning the Ballon d'Or (the trophy awarded to the world's best player) multiple times. We've seen how assiduously top players protect their brands as in Ronaldo's case, his CR7 mark derived from his initials and his shirt number, plays a big role. Whereas Messi has had to work long and hard to get his name registered in the face of opposition from the owner of the brand Massi. We've noted how top players have considerable trade mark portfolios, with Messi topping the list with 115 registrations, followed by Neymar and then Ronaldo. 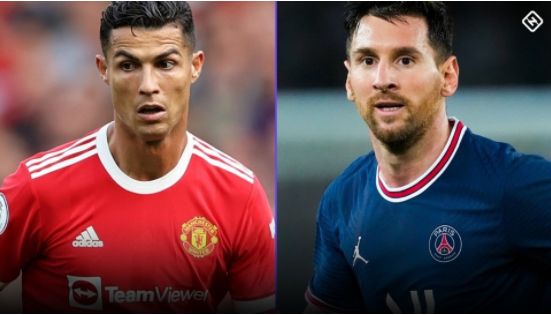 Recent developments show how the values of footballers and football teams are inextricably linked.

Messi and Ronaldo have both moved clubs, Messi leaving Barcelona where he spent twenty years for the French club PSG, and Ronaldo leaving Juventus for the club where he first made his name, Manchester United. In Messi's case the motivation was almost certainly financial - Barcelona is in serious financial trouble and they cannot afford to pay the sort of money that players like Messi expect. In the case of Ronaldo, it's not quite as clear what his motivation was, but it's possible that he saw Manchester United as the perfect place to end a stellar career.

implications of the moves

The possible implications of the Messi move are discussed in a recent article. According to the article, "FC Barcelona, now the second biggest football club trade mark risks losing its place to the club Paris Saint-Germain (PSG) as a result of Lionel Messi's departure". It goes on to suggest that "this departure may not only impact on the club's quality of play but also its finances and especially its intellectual property rights". There's a reference to an article in Brand Finance (6 August 2021) that estimates that the departure of Messi could reduce Barcelona's value by 11%, resulting in a loss of GBP137-million.

On the other hand, the article predicts good things for PSG. The club now has two of the biggest footballers in terms of brand portfolio, Messi and Neymar. It suggests that Messi's large trade mark portfolio (115 trade marks) "is also an asset for the club that recruits him, as it increases its importance and influence". The club "could see the value of its brand increase considerably".

The article goes on to make the point that the signing of Messi led to a 100% rise in the value of PSG's cryptocurrency, the PSG Fan Tokens, taking the tokens' capitalization to some GBP144-million in three days.

As for Ronaldo's move, there was fevered speculation as to whether he would reclaim his old number 7 shirt. The iconic shirt he previously wore, was also worn by Manchester United legends like George Best, Eric Cantona and Ryan Giggs. It was never a doubt really, especially given that Ronaldo's own brand is CR7. The holder of the shirt, Edison Cavani, was given another number and the money immediately started flowing in. Within the space of a few days, before the kick-off of the match in which Ronaldo would make his return, no. 7 replica shirts worth some GBP187-million had been sold, more than covering Ronaldo's transfer fee. As significant (apparently) was the fact that the announcement of Ronaldo's move attracted 13 million likes on Instagram, and 700 000 more mentions on Twitter than the news of Messi's move!

what this story tells us

It merely confirms what we already knew - IP rights are extremely effective money-generators that play a huge role in high-level sport, as indeed they do in so many areas of life. It's well worth investing in them and protecting them.