Worldwide: The Story That Gripped The World

Recollections may vary, but everyone knows the story well enough.  A seemingly embittered Harry and Meghan end their long silence, making some rather colourful claims in the process. Some are not amused – Meghan is the one who is driving all of this nonsense is the well...arch response! But Her Majesty manages to keep her cool, saying very little. Respect for the monarch seems to remain intact.

We are, of course, referring to the jaw-dropping trademark opposition matter that has been going on in the Philippines, the one in which a local man called Soriano has applied to register the trade mark Archewell Harvatera for cosmetics and fragrances. The Sussexes, who adopted a relatively low profile for quite some time, have opposed this trade mark application, claiming that it is confusingly similar to their trade mark Archewell, a trade mark that they have sought to register in multiple jurisdictions, including Australia, China, EU, India, Japan, Mexico, New Zealand, Russia, the UK and the USA. 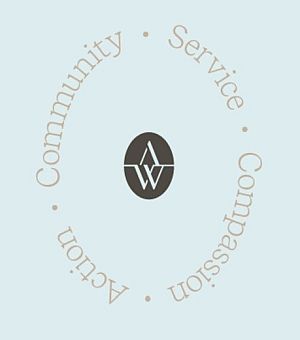 The man from the Philippines is angry, his response in an interview with the magazine is spiky to say the least. He has said: "The Philippines is not a British colony so English laws don't work here."

On a more personal level, Soriano claims that Meghan is the villain of the piece – she's "the one bullying Buckingham Palace", she's someone who "needs to be taught a lesson."

In fact, says Soriano, if the Sussexes go ahead with their opposition, he'll demand a "duel to the death" (you may need to step up to the plate here Harry, what with you being the one with a military background and your wife being pregnant!).

Yet, the local man seemingly does respect the monarch, describing the gradations of his feelings in very precise terms: "I am anti-Meghan, but not anti-Queen and I am pro-Princess Anne." He's actually prepared to let the Queen have the last word: "If the Queen requests me I will give up everything out of respect."

We have, of course, written about the Sussexes quite a bit of late. That's because they're very much into IP. We've seen how they started off with the Sussex Royal Brand, registering it in a number of jurisdictions for a range of rather predictable goods and services including clothing, stationery, magazines, cards and fundraising services. But it wasn't long before they started running into problems, for example when they encountered a third-party EU application for the trade mark Sussex Royal covering beer and jewellery. But it was the Queen who really put a spanner in the works when she let it be known that she did not approve of this usage of the word "royal", an intervention that seemingly led to the adoption of the trade mark Archewell.

So, why are the Sussexes suddenly so into IP?  It's a case of needs we suppose, when the one partner suddenly has their income cut off and the other has to face up to the fact that there simply won't be any more episodes of the TV legal drama that shot them to fame, drastic measures are required. Especially when the personal security has been cut off and there's a second baby on the way.

The branch of IP that's generally most accessible is trade marks. There's a simple reason for this: whereas other forms of IP such as patents, registered designs and copyright tend to be dependent on scarce things, such as talent and effort, or fresh and original thinking, this is not necessarily the case with trade marks. A name or image that is well-known can, for example, very easily be applied to all manner of goods or services, and it can very quickly start generating income. Trade mark protection is, of course, vital, as are licensing agreements with the companies that are authorised to use the trade marks. Quality control provisions will form a major part of any licence agreement.

It seems very likely that trade marks will play a significant role in the future of the Sussexes. Hopefully their decision to open up to the queen of talk shows will result in a win...free of the suffocating restraints of life at The Firm.