by Gerard Du Toit
ENSafrica
Your LinkedIn Connections
with the authors 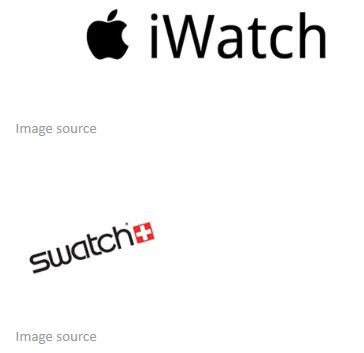 Judge Unterhalter's judgment is nice and short. He said that, although various grounds of opposition had been raised, the issue at the end of the day was a rather simple one: "Although these provisions have certain distinctive requirements, absent a finding that, upon proper comparison, the two marks are deceptively or confusingly similar, Swatch's grounds of opposition cannot prevail. It is to this central issue that I turn."

The test for confusing similarity

In South Africa, every discussion regarding confusingly similar marks starts with a reference to the old South African case of Van Riebeek Paints. That's the one where we're told that these matters require the court to consider a whole host of things, such as the visual, aural and conceptual similarities between the marks, the overall impression of the marks, the dominant features of the marks, the average consumer and the notion of imperfect recollection. Judge Unterhalter did not rock the boat, although in fairness he did also discuss other, more recent decisions.

The judge concluded that the marks iWatch and Swatch are not confusingly similar. The fact that the common feature "watch" is non-distinctive is significant – the registration for Swatch is subject to an admission that "registration shall not debar other persons from the bona fide descriptive use in the ordinary course of trade of the word Watch." As the judge said, "the use of the same descriptive word, of a commonplace item, serves to place greater significance on the prefix of each of the marks."

Dealing with the various forms of similarity the judge held that the two marks aren't visually similar – the first letters I and S "give rise to clear visual differentiation." Nor are they aurally similar, because "IWATCH sounds like 'eyewatch' or 'ayewatch'", and that's nothing like Swatch. Finally, they aren't conceptually similar: "There is good reason to avoid attaching exclusive rights to common descriptors."

Dealing with the likely consumer the judge said that for each brand the consumer will be a discerning one. And discerning consumers are no fools: "Consumers of this kind are less likely to be deceived or confused by the limited similarities between the marks."

So, this is a comprehensive victory for Apple. We'll end off by looking at a fairly obscure issue that did come up in the matter but didn't play a role in the outcome. Only real trade mark law enthusiasts should read on.

The family of marks argument

An interesting feature of the case was the "family of marks" argument raised by Apple. This went as follows: because we have launched many i-prefixed products over the years – such as iPhone, iPod and iTunes, people automatically assume that any such mark belongs to Apple, so no consumer would confuse iWatch with Swatch.

As the judge had already found that there would be no confusion he did not need to decide this point. This is what he said:

"There is some controversy attaching to this contention. A family of marks may assist the opponent in resisting the registration of a later mark that might appear to be a member of the opponent's family of marks. It is less clear that the family resemblance of an applicant's later mark, that is sought to be registered, may be used to dispel the likelihood of confusion with the opponent's earlier registered mark. There is no need to resolve this controversy in this case."'

ARTICLE TAGS
South Africa Intellectual Property Trademark
POPULAR ARTICLES ON: Intellectual Property from South Africa
A Guide To Trademark Registration In Nigeria
Benchmac & Ince
Nigeria is Africa's most populous nation with the largest economy in the continent and a fast-growing services sector with an increasing need for consumer goods.
Types Of Trademarks: All You Need To Know
Abou Naja
As industries race to gain a legal monopoly on their unique innovations through marks registration, we are inundated with an ever-increasing number of products with
Overview Of Copyright Law And Copyright Registration In Nigeria
Resolution Law Firm
The Copyright Act LFN 2004 is the principal law that governs, protects copyrights in Nigeria, while the regulatory agency that supervises copyright registration in Nigeria is the Nigerian Copyright Commission.
Procedure For Trademark Search And Online Registration In Nigeria
Resolution Law Firm
The trademark search is actually the first step for trademark registration in Nigeria.
An Overview Of Copyright Protection In Nigeria (Part 1)
AELEX
Copyright is a form of intellectual property. It has been defined by Black's Law Dictionary, 9th Edition as a right granted to the author or originator of certain literary or artistic productions...
The Defence Of Fair Dealing In Nigerian Copyright Law: Tradeoffs Between Owner And User
Johnson Bryant
The idea of copyright is indicative of two rights – the right of the copyright owner to enjoy the fruits of his labour on the one hand and right of the copyright user to benefit from the copyright work on the other hand.
FREE News Alerts
Sign Up for our free News Alerts - All the latest articles on your chosen topics condensed into a free bi-weekly email.
Register For News Alerts
Article Tags
South Africa Intellectual Property Trademark
Related Articles
The Story That Gripped The World ENSafrica
Virgin: The "Tarnishing" ENSafrica
Copyright Compendium ENSafrica
Elon Musk Doesn't Do Patents. Does That Matter? ENSafrica
The Trade Mark Dispute That Wouldn't Die A Quiet Death ENSafrica
Mondaq Webinars
Construction Disputes: BREXIT, COVID, What Next? Protecting Your Position and Getting Paid
Goodman Derrick LLP
Webinar London UK
World IP Day – Conversation on Significant Role of IP on SMEs’ Growth: The Story of WeWalk
Gun + Partners
Webinar Istanbul Turkey
More Webinars
Comparative Guides
Labour and Employment
Private Equity
Mondaq Advice Centres
Global
Trademarks in SAARC Countries
Global
Investment Immigration
More MACs
Upcoming Events
Mondaq Social Media