by Alissa Nayanah
Adams & Adams
Your LinkedIn Connections
with the authors

A shake and protein bar that will reduce wrinkles in 28 days, improve my skin's elasticity, firmness and hydration, improve my nail strength, reduce the appearance of cellulite and assist in weight management – sign me up!

These were some of the claims being made by Future Life in respect of its BEAUTI FOOD nutritional shakes and protein bars (shown below). Tiger Brands was not going to let it slide and took Future Life to the Advertising Regulatory Board (ARB) to prove that their products did what they said it would. 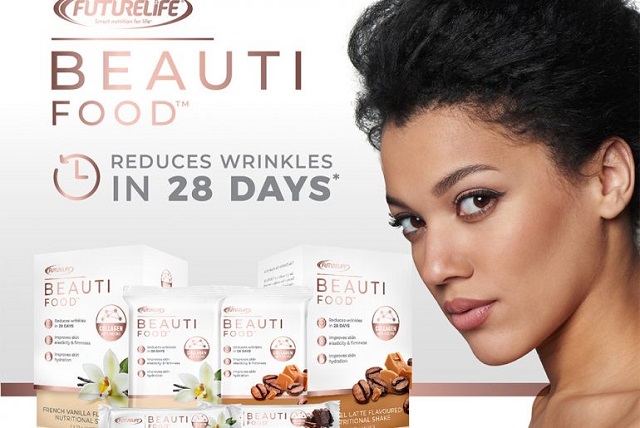 Tiger Brands argued that the claims relating to the reduction of wrinkles, appearance of cellulite, improvement of the skin's firmness, elasticity and hydration, and the strengthening of nails were all unsubstantiated because no testing had been done to prove the efficacy of these claims.

Future Life argued that a primary ingredient of their product is VERISOL, essentially  hydrolysed collagen peptides, sourced from a company named Gelita. Future Life produced documents from Gelita as proof of the efficacy of its VERISOL protein.

The ARB code provides that an advertiser's claims must be substantiated by an independent, credible, expert in the field to which the claims relate. The ARB held that it could not accept the evidence from Gelita as Gelita was Future Life's supplier and, therefore, could not be regarded as independent.

Future Life also submited several articles, which examined the effect of ingesting "VERISOL" on skin condition, wrinkles, nail, and hair condition. The ARB noted that it did not have the techinical expertise to scrutinise these articles and draw any conclusions. However, the articles all related to consumption of VERISOL and did not relate to the comsumption of Future Life's products. There was no evidence produced to show the results of consuming VERISOL automatically applied to consuming the BEAUTI FOOD products.

The ARB further noted that the articles related to skin efficacy in women who are over 45, elderly women, women over 50  and post-menopausal women. The article relating to nail growth was only tested on women. The ARB held that there was nothing in Future Life's advertising to clearly suggest that the claims were only applicable to woman or woman of a certain age.

The ARB held that Future Life's claims relating to skin, nail and cellulite  were all unsubstantiated and contravened the Code of Advertising Practice.

The second catergory of claims related to "Low GI", "Low GL" and "Weight management". Future life submitted an endorsment from a member of the Glycemic Index  Foundation of South Africa (GIFSA), which confirmed that its nutritional shake products were Low GI. The ARB held that the claims in respect of the nutritional shakes were adquately substiated.

The same could not be said for the protein bars as a similar endorsement had not been provided and because the nutritional information and product compostion of the ntutritional shake and protein bars were notably difffernent. The ARB held that the claim of Low GI in respect of the protein bars was unsubstantiated.

Future Life did not provide sufficient evidence to show that its shake was Low GL and the ARB held that the Low GL claim in respect of the shake was unsubstantiated.

Tiger Brands argued that this claim is misleading beacasue the products contains glucose syrup, which is effectively a sugar. Future Life argued that a reasonable consumer would interpret the claim to mean that no cane sugar has been added to the formulation, which was true. Future Life also showed that it does not add sugar in any form to its products. Any sugar in the product occurs naturally as a result of the manufacturing process. The ARB held that the "no sugar" claim appears to be true and was not misleading.

Future Life advertised testimonials on its website in support of the efficacy of its products. The ARB code provides that testimonials should not contain any claims to efficacy which cannot justifiably be attributed to the use of the product. Furthermore, where "before" and "after" claims are made, they should be capable of substantiation.

Future Life had not submitted acceptable substantiation to show that its product was tested and proven to deliver on its efficacy claims relating to skin, nails, cellulite and weight management. The ARB held that the fact that the people who provided the tesitmonial believed that the products had resulted in an improvement was insuffcient. The claims made in testimonials are subject to the same objective independent substantiation as other claims.

So perhaps not the miracle product that we were waiting for ... so embrace the wrinkles and hit the gym!