Russian Federation: Trademark Distinctiveness In Russia: Is Hygge Too Good To Be A Trademark?

For most of those interested in Denmark, its culture and traditions, hygge is one of the first words to learn. Although not so long ago very few people outside of the country would have been able to explain what hygge means, how it should be pronounced and spelled. Danish hygge hit the world in 2016 and very quickly became one of Denmark's most famous national "products" and its symbol, similar to Ikea in Sweden or tulips in the Netherlands.

According to Wikipedia, "hygge" is a Danish and Norwegian word for a mood of cosiness and comfortable conviviality with feelings of wellness and contentment. But hygge is much more than that. In only a few years, hygge has become a cultural phenomenon particularly loved in Denmark that features a lifestyle based on "the practice of creating cosy and congenial environments that promote emotional wellbeing" (Collins English Dictionary) .

So, hygge (which is used as an adjective, noun, and verb) means something nice in a special "Scandinavian" way which probably can only be felt rather than described. But what does it mean from the perspective of trademark law?

Is hygge devoid of distinctive character?

Distinctiveness is one of the characteristics that are crucial in deciding if a trademark is eligible for registration. Conversely, a "lack of distinctiveness" is probably one of the most upsetting assessments for brand owners.

To be distinctive, a trademark should communicate a clear message to consumers about the origin of the goods and services marked with the trademark. Original, invented words are considered the most distinctive, while descriptive words and commonly used terms (generic terms) cannot be protected as trademarks. This is also true of laudatory terms such as "good", "tasty", "super"... and "hygge"?

While the concept of trademark distinctiveness may be difficult to comprehend for uninitiated brand owners, for trademark professionals, a mere indication that a product is "nice" can doom any prospects of registering the corresponding trademark.

With this in mind, one would expect the word "hygge" to have little prospect of success in being registered as a trademark. But another important factor is how the relevant public perceives this sign, in other words, how many consumers are actually aware of the meaning of hygge.

As a brief trademark search for the word "hygge" demonstrates, there have been quite a few successful attempts to register this word as a trademark for a variety of goods and services.

All the trademarks were registered from 2013 to 2017, when hygge was becoming trendy, but probably not trendy enough to become a descriptive term. The most recent "HYGGE" trademark was registered in June 2019 in classes 18, 22 and 35 with regard to industrial packaging containers. One can speculate that the reason for a favourable decision is that hygge as a lifestyle concept promoting cosiness most probably has nothing to do with industrial packaging containers. This begs the question as to whether hygge has the same level of descriptiveness for different goods and services.

For example, registration of the word mark "HYGGE HOTELS" for hotel services in class 43 was rejected in the EU in 2013 based on provisions of Article 7 CTMR cited in the grounds for refusal. In particular, Article 7(1)(b) CTMR prohibits registration of trademarks which are devoid of any distinctive character and Article 7(1)(c) CTMR prohibits registration of trademarks which consist exclusively of signs or indications which may serve, in trade, to designate the kind, quality, quantity, intended purpose, value, geographical origin or the time of production of the goods or of rendering of the service, or other characteristics of the goods or service.

Some other trademark offices seem to treat hygge as a generally descriptive term. Recently, the Austrian Patent Office issued provisional refusals with regard to signs containing "HYGGE" under international registrations no. 1424288 and no. 1424311 for all goods and services in classes 9, 16, 35, 38, 41 and 42 on the grounds of a lack of distinctive character. The Austrian Patent Office stated in the refusals that "Hygge is a Danish and Norwegian word for comfort and sociability. The relevant public will only see in the sign "hygge" a general indication that the goods and services are intended to convey a sense of well-being and satisfaction".

Similar refusals were issued by the Swiss Federal Institute of Intellectual Property with reference to Article 6 quinquies (B)(ii) of the Paris Convention, which states that trademarks may be denied registration when they are devoid of any distinctive character.

Obviously, attempting to register a trademark for "hygge" presents a challenge from the perspective of distinctiveness. However, it is still questionable if this word is indeed perceived by the relevant public as an indication of a certain quality, and if such perception is the same for all goods and services. In other words, if something is said to be "hygge", does everyone clearly understand what quality this something has?

On the other hand, the number of cafés and hotels in many cities around the world that use this word makes it difficult to deny that using "hygge" is intended to imply the presence of certain qualities. In fact, some of these establishments even use "hygge" as an adjective in such phrases as a "hygge café" and "hygge hostel".

Can anyone freely use the word "hygge"? Russian experience.

If in theory hygge is not registrable, it should be permissible for anyone to use it commercially.

In its decision of 17 July, the Russian Trademark Office (Rospatent) rejected this idea. 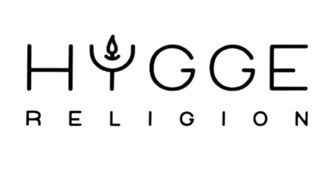 The application was refused for some of the specified goods in classes 29 and 30 and all goods and services in classes 20, 35 and 43. The reason for the refusal was not a lack of distinctive character but the existence of a prior similar trademark for similar goods which also contained the word "HYGGE": 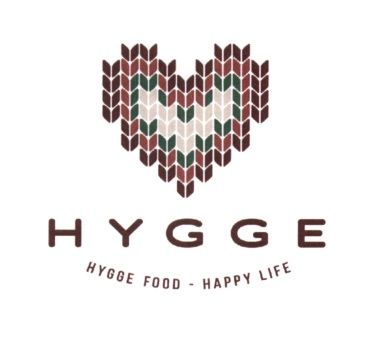 The applicant appealed the refusal decision before Rospatent's Chamber for Patent Disputes, stating among other arguments that the word "hygge", predominant in the both signs, is descriptive and devoid of distinctive character.

The applicant referred to the meaning of hygge as a sense of comfort and sociability which is widely known and used by many manufacturers in various sectors. Therefore, it believed that hygge should be considered a weak and descriptive element of the trademark.

Rospatent responded that, while Russian consumers are generally familiar with the English words "food", "happy" and "life" in the cited trademark, the word "hygge" comes from a different language, and any interpretation of the meaning of these words, taken together, are the result of subjective perception. Rospatent also stated that the applicant had not presented evidence of wide use or registration of this word by different manufacturers. Accordingly, Rospatent rejected the argument that the sign "hygge" is non-distinctive and rejected the appeal.

It would be correct to say that the future of hygge, both as a trademark and as a lifestyle philosophy, is uncertain. The boom of the hygge trend has passed, and its popularity seems to be fading. But if the term "hygge" is forgotten, it is likely that no one will be interested in registering it as a trademark anyway.