Nigeria: Bandits Harass Nigeria's Capital But Elections Are On The Front Burner

Economic pressures are stoking insecurity in Nigeria. The capital Abuja is under threat as "bandits" spread from the north in search for ransom. Administration officials and military commanders have held high-level meetings. But upcoming general elections are the highest priority to decision-makers. Campaigns will begin next month and a turnaround is unlikely to begin until a new government is established in May 2023. 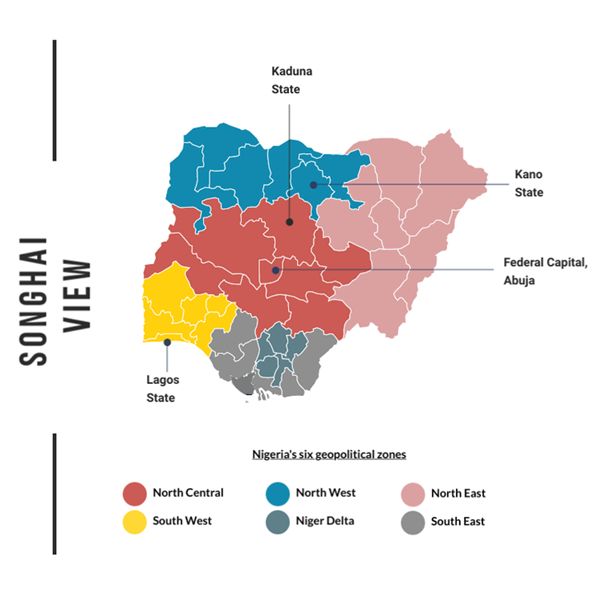 The Nigeria Railway Corporation indefinitely cancelled train trips between the two largest cities Lagos and Kano on 3 August. Passengers had been targeted by bandits who mainly attack victims for ransom. In March, over 60 passengers were seized from a train between Abuja and northern Kaduna. Many of them remain in captivity and that railway is still shut. Abductors also continue to target road travelers throughout the country.

The motive and nature of these attacks vary across the country. Generally, the proliferation of arms and armed actors, and a steep rise in the cost of living have fueled the spread of criminal gangs, who make tens of millions of nairas in cash from abducting people in the countryside and on motorways. These gangs have especially proliferated in the north on the back of ethnic strife and the Boko Haram insurgency. Insecurity is rising "because it has become a business," according to one kingpin. "Everyone wants money. That is why things are deteriorating from the top to the bottom."1

Criminal intent is magnified by the limitations surrounding Nigerian law enforcement and armed service capabilities. The United Nations recommendation of one police officer per 450 population has been achieved in only a handful of the 36 states. Meanwhile, although the estimated number of armed forces personnel increased from 162,000 to 223,000 2014 and 2019, expenditure has been comparatively flat (USD2.36 billion to USD2.57 billion over the same period)2. Neither the ongoing recruitment drive nor policy development like the 2020 police reform bill and retiring of a much-criticised SARS unit in 2020, have proved equal to gaps in professionalism and efficacy of the national security apparatus. See: Nigeria and its #EndSARS turning point.

Even so, President Muhammadu Buhari has been meeting top military and civilian officials in recent weeks to address the insecurity. So has Senate President Ahmed Lawan, who managed to block a motion by opposition senators threatening to impeach Buhari over the crisis two weeks ago. "[Banditry is at] the point of dislocating the security [system] where the government is headquartered," Lawan told military chiefs while referring to ongoing threats near Abuja. Soldiers of the presidential brigade were ambushed by bandits on 26 July as they responded to a distress call from the Abuja-based Nigerian Law School. There was also a separate shootout at an army checkpoint near the capital, days after the Federal Capital Territory Authority ordered schools to shut down as a precaution.

These events are happening as the country prepares for general elections in early 2023. Campaigns will formally begin at the end of next month while Buhari concludes his final term. Meanwhile, the outgoing administration appears to have exhausted ideas on how to tackle the banditry. The impending change of government seems to be the best opportunity for a formidable fightback. See: Religion in focus as Nigeria's presidential candidates pick running mates.

Insecurity in Nigeria is tied to the state of the economy. As such, a fall in inflation and unemployment alongside faster GDP growth would ease the societal pressures fanning violent crime. However, this is unlikely in the short-term given global geopolitical instability, international financial conditions, and Nigeria's current position in the political cycle. Any substantive policy re-orientation or rejuvenation is unlikely to begin until a new government is established in or after May 2023. There is inadequate time for an impeachment process against Buhari based on the constitutional requirements. His All Progressives Congress (APC) party commands a majority share of seats in parliament and will block the process. Therefore, the president is under little pressure to act – and campaigns for general elections will be on the front burner over the next seven months.