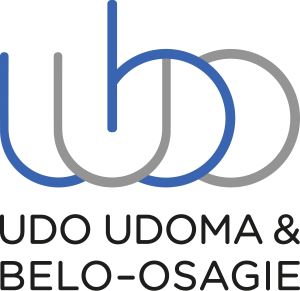 Nigeria: The Companies And Allied Matters Act 2020 - What You Need To Know - Part 5 – Share Capital

The Companies and Allied Matters Act (Chapter C20) Laws of the Federation of Nigeria 2004 ("CAMA 1990") was initially made law in Nigeria in 1990 as a decree of the military government.  It was modelled on the English Companies Act 1985.  For Thirty years, there were no significant amendments to the CAMA 1990, notwithstanding that England has, over the past three decades, amended and replaced its own Companies Act.  Nigerian companies had to, essentially, rely on a 30-year old law to govern the way businesses operate in our dynamic and exponentially evolving global community.  However, this all changed on Friday the 7th of August 2020, when President Muhammadu Buhari, gave his assent to the Companies and Allied Matters Act 2020 ("CAMA 2020").

In the course of a 12-part series, Udo Udoma & Belo-Osagie will provide a review of the provisions of the CAMA 2020, highlighting changes that have been introduced into the body of Nigerian company law by this groundbreaking legislation.

A company is required to pay stamp duty and CAC filing fees whenever it creates or increases its authorised share capital, notwithstanding that all of the shares might not be allotted.  This amounts to a front-loading of costs.  The removal of the concept of authorised share capital therefore means that, at incorporation, a company will only incur these costs in relation to the actual share capital that it issues.  Thereafter, whenever the company wishes to issue more shares, it will simply pass the appropriate resolution to do so, issue the relevant shares, and pay the applicable stamp duty and CAC filing fees in respect of the additional shares issued.

EFFECT ON EXISTING COMPANIES AND IMPLICATIONS FOR EXISTING REGULATIONS

From a regulatory perspective, any regulator that currently relies on the authorised share capital as a benchmark for various compliance thresholds, will need to make consequential amendments to their rules and regulations, such that the relevant thresholds would be based on a company's issued or paid-up share capital, both of which are more reflective of the equity capital of a company. It is also expected that the CAC forms will be amended to delete references to authorised share capital.

With respect to existing companies that may not have issued all of their authorised share capital, the CAMA does not specify a timeframe within which those shares must be issued.  We expect this to be dealt with the CAC's regulations that will be issued pursuant to the CAMA 2020.

The CAMA 2020 prescribes a new process for increasing issued share capital.  Under section 127 of the CAMA 2020, a company that wishes to increase its issued share capital simply passes a resolution approving the allotment of new shares to named persons. The CAC must be notified of the increase and allotment within 15 days of the relevant general meeting and it is at this point that stamp duty and CAC filing fees are paid on the amount of the increase, and a return of allotment filed.

The CAMA 2020 also sets out the mechanics for dealing with circumstances where a company is unable to notify the CAC within the above-mentioned 15-day period, because the proposed increase/ allotment requires the prior approval of another regulator.  In such circumstances, the company is required to notify CAC of this fact within 15 days.  Section 127(3) requires that the notice to the CAC be filed along with an affidavit sworn to by a director of the company to that effect, and upon the notification being filed, the 15-day period shall be deemed to be extended to a period terminating no later than 10 days after the approval of the other regulator is obtained.  If, however, the relevant approval is not obtained from that other regulator within 48 days of the date on which the company first notified the CAC, the company must file another notice and affidavit with the CAC - and must continue to do so for every successive period of 48 days until the relevant approval is obtained.  If the relevant approval is not obtained within 9 months from the date that the CAC was first notified, the increase will be deemed to be null and void.