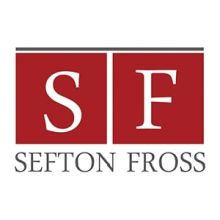 Nigeria: Negotiation Of Concession Agreements In Nigeria - (An Introduction To Key Concepts In Public Private Partnerships)

Nigeria is a fast-developing country and one in need of infrastructure. With a population of over 200 million people1 and a total land mass of 910,770 (sq). Km (351,650 sq. miles)2 , the need for vital infrastructure such as motorable roads, a functional railway system and regular power supply cannot be downplayed. Leveraging on the abundance of human and natural resources in the country for growth requires that the current infrastructure deficit Nigeria must be addressed.

An infrastructural overhaul would be difficult to achieve solely at the government's expense. With dwindling revenues from crude oil exports and a move towards a more private sector driven economy, there is a renewed interest in the private sector participation. This is usually achieved through specialized arrangements with the government, which will allow the government to deliver the minimum standard of services or facilities, with the private sector providing skills and core competencies, while donors and investors provide funding and other resources. These arrangements are what are known as Public Private Partnerships (PPPs).

There are numerous advantages for a PPP, which include:

For private sector participants, the objectives of PPPs will usually be to:

For the public sector, the objectives of PPP would be to:

These objectives may be attained through the wide range of PPP models that are permitted within the ambit of the laws in Nigeria, and one of such is concessions.

The following are some of the relevant laws regulating the operation of PPPs in Nigeria:

PPPs may be applied to a wide range of sectors such as airport construction, roads, ports, railways and bridges. Because of this, some sector-specific enactments would also govern such PPPs. For example, a Concession for the construction or rehabilitation of roads in Nigeria would be further governed by the Federal Highways Act4 and the Federal Roads Maintenance Agency Act, 2002.5 Likewise a Concession for water transportation would be governed by the National Inland Waterways Authority Act.6

Operation of Concessions in Nigeria

The enabling law for the operation of federal government concessions in Nigeria is the Infrastructure Concession Regulatory Commission (ICRC) (Establishment, etc) Act 2005, which provides that;

"...any Federal Government ministry, agency, corporation or body involved in the financing, construction, operation or maintenance of infrastructure, by whatever name called, may enter into a contract with or grant concession to any duly pre-qualified project proponent in the private sector for the financing, construction, operation or maintenance of any infrastructure that is financially viable or any development facility of the Federal Government in accordance with the provisions of this Act."

Thus, the federal government may enter into a concession in respect of financing, construction, operation or maintenance of any infrastructure or facility

As most of the states with PPP laws modeled their laws after the ICRC Act, most of the matters discussed in this Article would also be relevant to state PPPs and references to "Nigeria", "government", "MDA" etc. should be read as applying to PPPs with the federal or state government in Nigeria.

A concession according to Section 36 of the ICRC Act means the contractual arrangement whereby the project proponent or contractor undertakes the construction including financing of any infrastructure, facility and the operation and maintenance thereof and shall include the supply of any equipment and machinery for any infrastructure and the provision of any services.

Under extant Nigerian laws, PPP concessions are, in most instances awarded through auction or tendering of bids. Section 4 of the ICRC Act stipulates that the bidding process should be through a competitive public bidding. After it has been decided by the FEC that a particular project should be embarked upon using the PPP model, the MDA must invite prospective concessionaires to a competitive public bid process through advertising such invitation in three national daily newspapers8 . The concession award is usually awarded to the bidder who, having satisfied the prequalification criteria, submits the most technically and economically comprehensive bid9 . However, if only one contractor submits a bid or prequalifies for a bid, direct negotiation as opposed to competitive bidding would be utilised by the MDA.

Due to the fact that it is a public procurement, the BPP must issue a "Certificate of No Objection" to evidence that the bidding process was fair, transparent and in line with the guidelines as set out by BPP10.

PPP arrangements have been utilised by many countries around the globe including Nigeria to deliver public services such as seaports, airports, roads, waterways and even digital platforms used by government agencies.

Concession agreements are varied in form deepening on the needs of the grantor, for example, the Concessionaire may be required to design the infrastructure, build and operate it for profit and then transfer ownership back to the grantor after the end of the concession period (i.e Design, Build, Own and Transfer - DBOT) whilst some specify that the concessionaire just build (or rehabilitate), operate and transfer the infrastructure (Build Operate Transfer- BOT) leaving the design phase to the pubic authority grantor.

Nevertheless, despite the variety of PPP arrangements available, there are key central features common to most if not all concession agreements. This would be discussed in the next volume of this series.