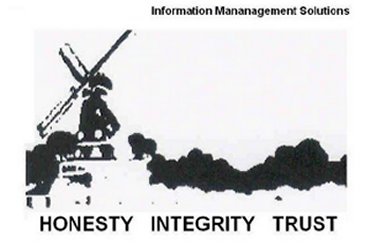 Yet again the Government of Antigua & Barbuda is reaching new frontiers of disrepute.

Not only has it ignored the basic requirements of its Constitution to ensure payment of prompt and proper compensation for its unique version of the expropriation of foreign-owned private property, it now acts in utter contempt of court.

In October of 2020, during a hearing of a legal action for enforcement brought against the Government of Antigua by HM.B. Holdings Limited, the GOAB gave a Court Undertaking that it would not dispose of any assets until the outcome of a court decision regarding the outstanding compensation, which has remained unpaid for 14 years, following the expropriation of the Half Moon Bay Resort from its rightful, private foreign owners.

Then, on 24 March 2021 the Government announced that it would be selling 10% of its shareholding in the West Indies Oil Company to Caribbean investors. breaching the Undertaking given to the Court

The GOAB's first response was to claim an innocent and inadvertent error, easily corrected by replacing the breached undertaking by a new one, reflecting the diminished number of shares to be held in abeyance of the Appeal Court's decision on a claim still awaiting a High Court decision.

This argument received no traction.

In an attempt to justify the breach, a campaign was launched to contend that "Everyone" knew about the Government's long-standing intention to sell a portion of its WIOC holdings and that the shares now offered for sale were never included in the Court Undertaking.

It was so well-known that the GOAB's primary lawyer failed to specifically exclude it in the GOAB's official Court Undertaking.

It was an aberration, a mistake, a miscommunication and an unintentional disrespect of the Court.

When this campaign began to lose ground, the GOAB fell back on its tried and trusted "Poor Country" card that has served it so well many times over decades.

It even weaponised Covid 19, blaming the global crisis for it having to breach the Court Undertaking in yet another recently overused "escape of responsibilities" mechanism.

When even that argument failed to impress, Prime Minister Gaston Browne claimed that the Court did not have a legal jurisdiction to override a Finance Minister on the prioritisation of any debt to any debtor and to determine where the payment will come from, especially during a global crisis.

The level of incompetence displayed by all of the above is such that in any jurisdiction protective of its standing, a lawyer expressing such an opinion could expect to be struck off or at the very least dismissed by his client.

When the opinion is expressed by the client, who also happens to be the Prime Minister, that becomes somewhat more difficult.

According to the Antigua Daily Observer dated 31 March 2021, Browne continued, "There is a separation of powers between the judiciary and the executive," adding that the judiciary must not trespass on the authority of Government.

He further stated, "I do not know ultimately when this case is heard that any judge has the authority to say that we should take out shares from West Indies Oil Company and transfer it to HMB to settle a debt. I am not aware that any judge has any such legal jurisdiction."

Thus, the latest stance by the GOAB is that any Undertaking could be put before the court to seek variance after it has been breached, without incurring any punitive consequences.

Consequently, any commitment by the GOAB given to the Court should now be considered at best variable, certainly discretionary and practically meaningless.

As with its interpretation of expropriation for public purpose and the side-lining of its own Constitution, the simple statement by a Prime Minister that politicians and public officials are not restricted by the Laws and the Courts they have sworn to protect should be of great concern to all associated or seeking an association with Antigua & Barbuda.

When it comes to Ease of Doing Business, deliberately dragging compensation for expropriated property through the courts for almost two decades is also a very bad indicator.

However, the huge difference between this situation and what has been accepted as customary GOAB malgovernance is the use of third and external parties in the matter.

Consequently, public announcements that the issue of the sale of WIOC shares is before the courts should alarm any potential investor, especially given that the Prospectus' small print declares the document to be for information only.

It should also warn regulators, compliance departments and directors of the institutions involved, including FirstCaribbean Bank (Barbados) Limited, Bank of Saint Lucia Limited, Eastern Caribbean Central Securities Depository and the myriad of agents/attorneys, who may become involved in the potential transactions that they may be complicit in contempt of court and international money laundering.