This annual review highlights Conyers Dill & Pearman's global corporate transactional legal work in 2017 across economic markets and industry sectors. Over the course of the year, Conyers' expertise in a wide range of practice areas, sectors, and geographies has served the needs of diverse businesses at all stages of their life cycles.

Our work in 2017 spanned equity and debt markets in North America, UK, and Hong Kong, cross-border financings, M&A, and corporate restructuring worldwide. Observed trends include the increasing presence of Fintech, the notable increase of IPOs in the Chinese education sector, and the growth in corporate transactional work in Latin America, examples of which are illustrated throughout.

The Conyers jurisdictions of Bermuda, BVI, Cayman, and Mauritius are central to international corporate finance, as evidenced by this annual review. The presence of Bermuda public companies on the NYSE and Nasdaq remains strong and several significant transactions are in the pipeline for 2018. Cayman companies are particularly active in the Asian markets, with 133 new listings on the SEHK in 2017 alone. Finally, despite the tremendous challenges brought by a series of devastating natural disasters, BVI saw several landmark transactions close in 2017 (including Despegar's IPO which closed on the day Category 5 Hurricane Maria hit the BVI), demonstrating both the BVI's resilience and its role as a leading offshore centre for major corporate transactions.

Conyers advised on a market-leading number of IPOs and equity and debt issuances for Bermuda, BVI, and Cayman companies across global markets in 2017.

"Bermuda companies on US Exchanges remain active in raising capital, with a total of approximately US$2.8 billion raised in 2017". — Marcello Ausenda, Director, Bermuda

"Whilst deal volumes remained high, with Conyers acting on 70 SEHK IPOs involving Cayman, Bermuda, and BVI entities in 2017, funds raised showed a decline from prior years, due to a lack of big ticket IPOs coming to market. The impending change in the listing rules to allow dual class share structures, slated to take effect from mid-2018 onwards, has pushed the SEHK to a record close early in 2018 and should result in a marked increase in both numbers of transactions and funds raised in 2018". — Richard Hall, Partner, Hong Kong

M&A ADVICE AROUND THE WORLD

Global M&A deal volume reached US$3.4 trillion in 2017, representing a 5.6% decrease compared to the same period last year. Despite this decline in deal activity, companies paid an average of 12.32x the target's EBITDA compared to 11.1 from 2016 (Bloomberg Global M&A Review 2017).

Conyers advised on several innovative deals, some of which are highlighted below.

200 equity acquisitions among SEHK-listed companies were completed in 2017, with an aggregate deal value of US$19.8 billion.

Demand for high-quality private education in China is increasing and private school operators are now able to operate as for-profit businesses with control over their fees and assets. Conyers advised on several Education IPOs in Hong Kong, including:

"Bermuda, BVI, and the Cayman Islands will be central to the increases in fund formation through the Belt and Road Initiative, as they have been oiling the wheels of cross-border deals, including infrastructure projects, for decades". — Piers Alexander, Partner, Hong Kong

THE BELT AND ROAD INITIATIVE

China's Belt and Road Initiative focuses on connectivity and cooperation between Eurasian countries, with anticipated cumulative investment in the range of US$4 trillion to US$8 trillion. As infrastructure conglomerates look to independently raise funds for development, particularly in Western China, we expect to see increases in funds formation.

REAL ESTATE FINANCE IN THE UK

"High-profile commercial property-secured financings are a feature of the London market – particularly acquisitions by non-UK investors. These deals raise significant sums at the development stage and at subsequent refinancing". — Linda Martin, Director & Head of London Office

"VC in the region has grown in size, scope, and sophistication in recent years. Developments have included Amazon's acquisition of Dubai-based e-commerce platform Souq.com; locally based ride-hailing platform Careem achieving US$1 billion unicorn status with strategic investments from Japan, China, and Saudi Arabia; and the launch of promising VC and Fintech initiatives in the Dubai International Financial Centre and Abu Dhabi Global Market". — Fawaz Elmalki, Director & Head of Dubai Office

VC deals nearly always combine an offshore company with one or more locally-established entities (such as an LLC or freezone company in the UAE). For a variety of corporate, legal, and regulatory reasons, Bermuda, BVI, and Cayman feature prominently in VC structures in the region. We continue to receive instructions from leading VC funds and platforms, as well as start-up and emerging growth companies.

ASIA: "In 2017, there was an increasing number of Private Equity consortia forming and bidding as a result of high-value M&A transactions – some in the billions. This was widely reported throughout Asia. Utilising these consortia allows PE firms to share risk. This development is expected to continue, especially as it relates to longer term infrastructure investments". — Piers Alexander, Partner, Hong Kong

BVI: "The BVI introduced new, modern limited partnership legislation. This has been designed in close consultation with private equity funds and we are hoping the new limited partnership vehicle will be very attractive for private equity and venture funds in the year ahead. We also continue to see growing interest for incubator hedge funds". — Anton Goldstein, Partner, BVI

"With more insurance-linked fund managers based in Bermuda than in any other jurisdiction, we continued to see a number of ILS fund formations in 2017 including a spark of interest post–Irma, Harvey, and Maria as investors looked to deploy their capital seeking post-event opportunities. With its ILS alternative capital insurance industry already a global leader, Bermuda was in a good position to take advantage of this new business. In 2018, we look forward to, and anticipate growing interest in, funds forming to invest in the ILS space, as well as other industries, such as cyber insurance products, and blockchain technologies". — Dawn Griffiths, Director & Head of Bermuda Funds Practice

In December, Conyers launched the Funds eTool — the first of its kind for offshore investment funds. This user-friendly eTool is designed to help those looking to set up investment funds in the Cayman Islands. 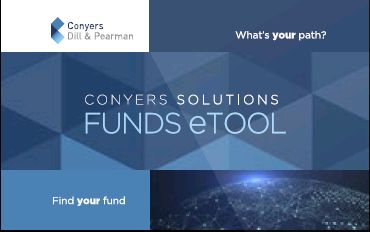 BERMUDA remains the insurance capital of the world and 2017 brought several landmark transactions, including Sirius International Group Ltd's SEK2.75 billion note issuance; the sale of OneBeacon Insurance Group, Ltd. to Intact Financial Corporation; and the formation of both Langhorne Re and Sussex Re ILS fund. In the CAYMAN ISLANDS, 2017 saw the number of interested reinsurance companies more than double - and numbers continue to grow. There has also been increased emphasis by established captive insurance companies, brokers, and insurance managers to improve on regulatory compliance. 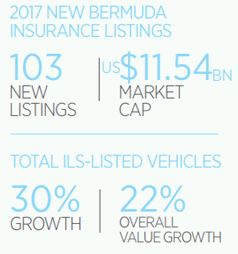 "Hurricane losses related to the four major storms in 2017 are expected to reach upward of US$100 billion. This will likely trigger a hardening of the Bermuda insurance market in the coming year". — Charles Collis, Director & Head of Bermuda Insurance Practice

THE EMERGENCE OF #FINTECH

Fintech is growing at a rapid pace. Bermuda, BVI, and Cayman observed growing interest in this sector in 2017.

"Interest in establishing blockchain-based companies and funds for cryptocurrency-related mining heightened during the latter portion of 2017. Given the new Limited Partnership Act, we anticipate BVI private equity funds will feature prominently in these transactions". — Anton Goldstein, Partner, BVI

"We were delighted to work with Unikrn and iCash on their formations. As technology and platforms advance within cryptocurrency, we can expect to see a larger volume of these transactions take place. This is especially true as innovations in blockchain continue to evolve". — Chris Garrod, Director, Bermuda

Restructuring deals in 2017 crossed a diverse swath of industries, including offshore drilling, financial services, and oil and gas production. 2017 remained a challenging year for new financings and equity raises across these and other sectors.

In CAYMAN, there is a growing trend among aircraft operating lessors eager to access the capital markets to securitise portfolios of aircraft in asset-backed securitisations transactions using Cayman Islands-incorporated special purpose vehicles. The notes issued by the issuer in these transactions are then listed, and there has been a significant increase in ABS listings on the Cayman Islands Stock Exchange, due to its favourable disclosure requirements and listing fee structure

The BVI is a well-established and respected domicile for finance transactions. As the leasing market tightens, the BVI is becoming an increasingly attractive aviation finance jurisdiction for commercial aircraft lessors, as well as for private and corporate jet financing. The use of special purpose vehicles in these transactions provides a particular advantage.

"In 2017, a number of notable securitisation and structured finance transactions were domiciled in our jurisdictions. Market conditions point to 2018 being another very good year in these sectors". — Jason Piney, Director, Bermuda

"It was an active year in the finance space for BVI. We anticipate the aviation sector to play prominently in transactions in the year ahead". — Audrey Robertson, Counsel, BVI

Our work in the shipping sector continues to grow in Norway, Asia, and North America. As accessing equity capital markets has remained challenging throughout 2017, clients have been focused on alternatives, including debt restructuring and private placements.

"The Cayman Islands has exemplary legislation, which allows for a fast and streamlined registration process. In 2017, we received instructions on a number of complex commercial shipping and superyacht transactions". — Gene DaCosta, Partner, Cayman Islands