The Office of the Controller General of Patents, Designs and Trade Marks (hereinafter referred to as the 'Office'), aims to meet requirements of constantly changing IP landscape and aspires to strengthen the culture of transparency, accountability and efficiency in its management. It endeavors to establish a vibrant and balanced IP regime in the country to support the country's innovation and developmental objectives. The Office has undergone sweeping transformations due to various initiatives for easing of access to all stakeholders, augmenting efficiency in processing of IP applications, accomplishing uniformity and consistency in the examination of application, strengthening transparency and dissemination of IP related information, nurturing bilateral co-operation at the international level and leveraging the level of IP awareness amongst the public.

With its responsibilities in mind, the Office on April 03, 2017, released its Annual Report for the year 2015-16. The details of the activities performed by various offices under the Office during the year 2015-16 as well as the revenue and expenditure details of all offices under the Office and other relevant statistics are also included in it. Some of the highlights are mentioned in detail below:

The Intellectual Property Annual Report shows that this year overall filing of applications for various IPRs (4,05,324) has been higher as compared to the previous year (3, 50,546), exhibiting an overall increase of 15%.

Trends in last five years with respect to filing of IP applications are shown below:

With regards to foreign filing applications the top filing countries are: 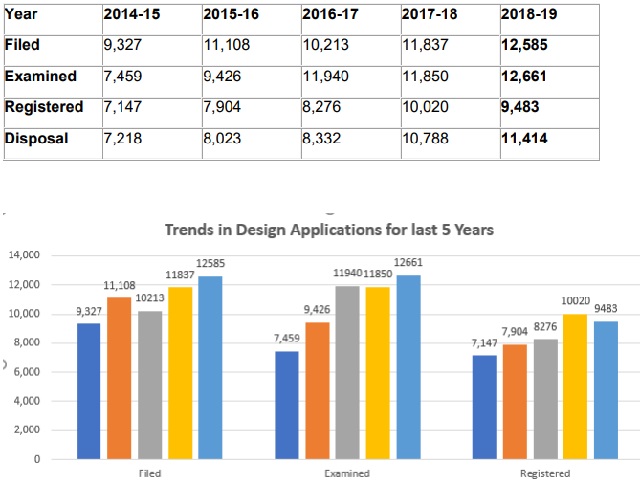 The filing trends of Indian and foreign origin are:

With regards to foreign filing applications the top filing countries are: 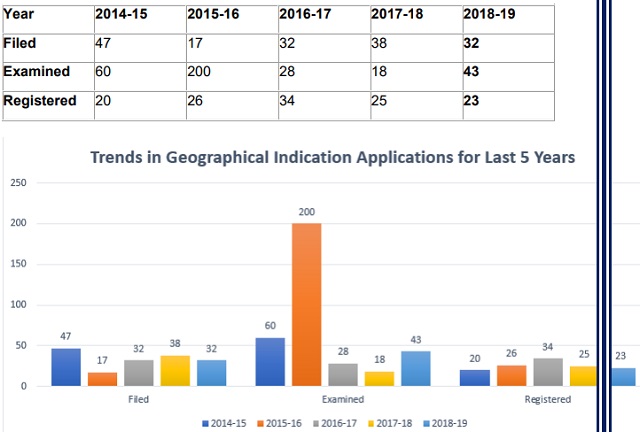