by R. K Dewan & Co (Mumbai)
R. K. Dewan & Co
To print this article, all you need is to be registered or login on Mondaq.com.

Recently, at the Indian Trademark Registry, the proprietor of the mark 'HITACHI' viz. Hitachi Ltd. filed an opposition against the mark ' 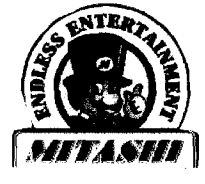 ' which is an assortment of the word 'MITASHI' with the slogan 'Endless Entertainment' with the face of a moustached human, filed by Maze Marketing. The Opposition was filed in January 2006. The Opponent contended that the marks 'HITACHI' and 'MITASHI' are phonetically, structurally and deceptively similar to one another, thus alleging that the applicant's mark was adopted in bad faith.

The Registry took into consideration all the submissions and passed an order in favour of the Applicant and dismissed the Opposition stating that, the two marks were far from being phonetically or structurally similar.