India: NCLAT Affirms Admission Of Insolvency Petition Against The Corporate Guarantor Of A Sole Proprietorship Firm 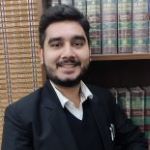 Recently, the Appellate Authority (NCLAT) in the matter of Laxmi Pat Surana v. Union Bank of India & Ors.1 has held that an application under Insolvency and Bankruptcy Code, 2016 (‘I&B Code') is maintainable against the corporate guarantor of a sole proprietorship firm.

The Appeal was preferred by the Promoter/Director and Shareholder of Surana Metals Ltd. against the admission order passed by Ld. Adjudicating Authority, Kolkata Bench2 wherein a Section 7 application under the I&B Code filed on behalf of Union Bank of India was admitted against the corporate guarantor of the sole proprietorship firm.

The point for adjudication which fell before the NCLAT was:

On behalf of the Corporate Debtor, the first contention which was raised was that the application filed on behalf of the bank under Section 7 of the I&B Code before the Ld. Adjudicating Authority, Kolkata is time barred. The Corporate Debtor pointed out that the date of default was 03.01.2010 and the application was filed on 13.02.2019 which was much beyond the period of limitation. The Corporate Debtor submitted that the letters dated 03.03.2012, 27.05.2015, 24.10.2016 and 08.12.2018 issued by the principal borrower (M/s Mahaveer Construction) in favour of the bank are not an acknowledgment of debt and since there is no admission of liability the aforesaid letters do not start the fresh period of limitation under Section 18 of the Limitation Act, 1963.

The NCLAT on this point held that after the date of default in the year 2010, not only the original borrower but also the Corporate Debtor admitted and acknowledged the debt even in the year 2018. Hence, the application filed under Section 7 of I&B Code on behalf of the bank is well within the period of limitation.

The bank on the other side submitted that the principal borrower (M/s Mahaveer Construction) had borrowed the money against the payment of interest and the Corporate Debtor being the corporate guarantor is registered under the Companies Act, 2013 and as such the corporate guarantor comes under the purview of Corporate Debtor and therefore application under Section 7 of I&B Code filed on behalf of bank is maintainable under law.

It was also submitted on behalf of the bank that the corporate guarantor had duly executed the Letters of the Guarantors dated 02.02.2007, 17.02.2007 and 03.08.2008 in respect of the loan facilities signed by the bank to the principal borrower therefore, it will come under the purview of the definition of ‘Corporate Guarantor' as per Section 5(5A) of I&B Code. Further, it was submitted that the Corporate Debtor acknowledged in reply dated 08.12.2018 its outstanding debt towards the bank.

The NCLAT also observed that that the ‘Financial Debt' includes a ‘Debt' owed to a Creditor by a ‘Principal' and ‘Guarantor'. A just omission or failure to pay on the part of a Guarantor to pay the ‘Financial Creditor' when the principal sum is claimed certainly, will come within the scope of ‘Default' under Section 3(12) of the I&B Code. The proceeding under Section 7 of I&B Code can be triggered by a ‘Financial Creditor' who had taken Guarantee in respect of ‘Debt' against ‘Guarantor' for failure to repay the money borrowed by the Principal Borrower.

From the above and as per the Judgment of NCLAT it is made clear that the Financial Creditor or any other Creditor can always proceed against the guarantor of the principal debtor by invoking the guarantee.