The World Intellectual Property Organization (WIPO) released the Global Innovation Index 2020: Who will Finance Innovation? on September 02, 20201. This year, the GII rankings were topped by Switzerland, Sweden, U.S., U.K. and Netherlands while India, China, the Philippines, and Viet Nam have been listed as the economies with most significant progress in their GII innovation ranking over the years. 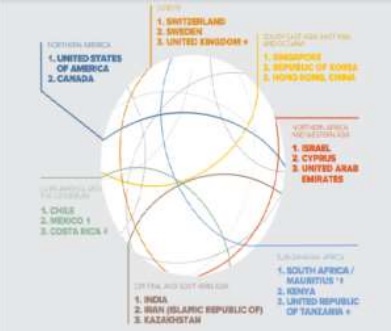 Impact of COVID-19 on Innovation

GII crucially analyses the impact of COVID-19 pandemic which has impacted almost all walks of life and sectors. In this context the report strongly words that COVID-19 pandemic has triggered an unprecedented global economic shutdown which has severely hindered the innovation worldwide. The report also states that the crisis struck innovation when it was flourishing and the situation requires for government support as well as collaborative models and also continued private sector investment in innovation.

The GII also reports a decline in innovation finance and one of the critical areas recognized is the impact of the current crisis on start-ups, VC (venture capital), and other sources of innovation financing. The findings indicate that money to fund innovative ventures is drying up as there are few initial public offerings (IPOs) in sight, and the startups that survive may grow less attractive and profitable for—venture capitalists.

India has been remarked as the "Innovation achievers" and also the Indian start-up ecosystem has been praised as exemplary for boosting start-up investments and funding. The concerted efforts of the Government to build a conducive environment for fostering innovations and start-ups appears to be streamlining and consistent efforts may make India a developed economy in near future.