by Pranati Pandit
King, Stubb & Kasiva
Your LinkedIn Connections
with the authors 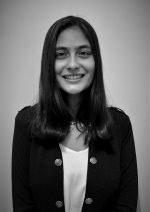 "There has been a debate about building into statutes, criminal liability for acts that are civil in nature. Hence, for Companies Act, certain amendments are proposed to be made that will correct this."1

The views expressed in this excerpt from India's 2020-2021 Union Budget Speech have been incorporated in the Ministry of Corporate Affairs' ("MCA") 2020 amendment to the Companies Act, 2013. The MCA has facilitated the ease of doing business in India by introducing significant compliance and other relaxations to companies, as well as to their officers and employees.

On the 28th of September 2020, the MCA introduced the Companies (Amendment) Act, 20202 ("Amendment") to amend the Companies Act, 2013 ("Act"). On the 26th of January, 2021, the MCA notified,3 and thus brought into force, certain provisions under the Amendment with effect from the 22nd of January, 2021. The notified amendments to the Act are as follows:

The insertion of a new Section 129A in the Act has placed a requirement on certain classes of companies to prepare, attain board approval for, and audit the financial results of such companies on a periodical basis. These companies will further be required to file a copy of such periodical financial results with the Registrar of Companies ("RoC") within the prescribed period.6

An amendment to Section 62(1)(a)(i) of the Act provides for a company to increase its share capital giving its existing shareholders a period of less than 15 days to subscribe to such further issue of shares. The MCA is yet to prescribe this reduced period within which the offer, if not accepted by such shareholder(s), shall be deemed to have been declined by such shareholder(s).

4. Respite from Filing Requirements for Companies:

An amendment to Section 117(3) of the Act has exempted banking companies from filing requirements with the RoC in respect of a resolution passed to grant loans, give a guarantee, or provide security for loans in the ordinary course of business. This exemption from filing compliances may further be extended to Non-Banking Financial Companies ("NBFC") registered under Chapter IIIB of the Reserve Bank of India Act, 1934, and to housing finance companies registered under the National Housing Bank Act, 1987.7

The insertion of a new clause (11) to Section 89 of the Act has empowered the central government to exempt any class or classes of persons holding beneficial interest in the shares of a company from being required to file declarations to that effect with the company.

In the event a company defaults in holding its Annual General Meeting ("AGM"), and subsequently does not file financial statements and other requisite documents with the RoC, in accordance with the respective timelines for the same prescribed by Sections 92(4) and 137(1) and (2) of the Act, but rectifies these defaults within 30 days of a notice issued in respect of such violations by an Adjudicating Officer under Section 454 of the Act, then such company shall not be liable for any penalties imposed by the Adjudicating Officer, and any proceedings initiated against these companies under Section 454 shall be deemed to be concluded.

5. Corporate Social Responsibility ("CSR"): Decriminalization of Offences and other Relaxations

An amendment to Section 135 of the Act permits companies to set-off their excess CSR spending8 unto succeeding financial years. This shall bring significant relief to companies unable to adjust their CSR spending, thereby providing monetary relief. Further, the Amendment has substantially altered the penalties applicable to companies that have not complied with their CSR obligations. Companies are now liable to a penalty of twice the amount statutorily required to be spent on CSR activities, or Rs. 1 crore, whichever is less.

The Amendment has dispensed with the penalty of imprisonment applicable to officers of a company in default of its CSR obligations and has limited such officers' liability to a fine amounting to 1/10th of the sum required to be spent on the company's CSR activities, or Rs. 2 lakhs, whichever is less.

Additionally, companies that spend Rs. 50 lakhs and less in respect of their CSR activities are no longer required to constitute a CSR Committee. Directors of such companies may now discharge the functions normally performed by a CSR Committee.

6. Reduction in Penalties for Certain Offences, Companies under the Act

An amendment to Section 452 of the Act has exempted officers and employees wrongfully withholding property belonging to a company from the penalty of imprisonment if the following conditions are satisfied:

Further, an amendment to Section 435 of the Act has excluded officers and employees wrongfully withholding monetary or other property belonging to a company from the jurisdiction of Special Courts.9

Section 446B of the Act has been substituted in its entirety by the Amendment. The new Section 446B has significantly reduced penalties for offences and/or non-compliances by one person companies, small companies, start-up companies, producer companies, and their respective officers. Fines imposed on such classes of companies and their officers have been limited to one-half of the penalty specified in the Act for the offence. Any fine imposed on such companies is subject to a maximum amount of Rs. 2 Lakh, and officers' liability has been capped at a maximum amount of Rs. 1 Lakh.

An amendment to Section 379 of the Act and the insertion of a new Section 393A has empowered the central government to exempt any class of foreign companies from any or all of the provisions under Chapter XXII of the Act.

8. Amendments in Respect of the NCLAT

Further, a new section 418A has been inserted in the Act, whereby the Chairperson of the NCLAT may constitute additional benches of the NCLAT, which will ordinarily sit in New Delhi. Each additional NCLAT bench shall be constituted by at least one Technical Member and one Judicial Member.

The Amendment brings in both, pros and cons.

Some of the pros are as follows:

Some of the cons of the Amendment are as follows:

The newly amended provisions of the Act have provided significant advantages to companies, as well as to their officers and employees. These advantages, which range from reduced reporting and filing requirements, to lower penalties for a myriad of offences under the Act, will facilitate the ease of doing business for companies incorporated in, as well as outside India. Further, the proposed constitution of additional NCLAT benches will, in addition to accommodating the increasing caseload of the Appellate Tribunal, aid in the speedy disposal of appeals preferred by companies and their officers before this Hon'ble Tribunal.

4. Classes of Companies and Securities yet to be prescribed by the Central Government

5. Securities and Exchange Board of India Act, 1992

6. Within a period of 30 days from the completion of the relevant period for which the periodical financial results are required to be filed.

7. As may be prescribed in consultation with the RBI (NBFCs) and the National Housing Bank (housing finance companies)

8. An amount in excess of 2% of the company's average net profits made during the three immediately preceding financial years.

9. Special courts have been established by the Central Government to conduct speedy trials for offences under the Companies Act and Rules thereunder.

10. Awarding of compensation by the Competition Commission of India