by Jidesh Kumar and Nivetha George
King, Stubb & Kasiva
Your LinkedIn Connections
with the authors

News about the Indian Government's moderation of Over the Top ("OTT") platforms and online content have been abuzz in recent times due to the notification released by the Central Government of India aimed at bringing digital/online media platforms, films release on OTT and audio visual programmes, provided by content providers, within the ambit of the Ministry of Information and Broadcasting (MIB).

The notification as issued by the Cabinet Secretariat on November 9, 20201 has made amends to the Government of India (Allocation of Business) Rules, 1961 by including two new entries - 22A and 22B - to the Second Schedule of the Rules.

The two new entries are as follows:

By way of this inclusion, online content released in India is hereafter regulated. This includes content not only from OTT platforms but also news platforms, social media platforms and current affairs available online.

The reasoning for this regulation is believed to be, the vast expanse of unregulated content made available online amidst the lack of any proper regulatory mechanism that can offer protection to its viewers.

According to a national survey, the online content industry has an estimated value of INR 4,000 Crores, with a current viewership of more than 17+ Crores from OTT platforms alone, and all of this is currently unregulated with little to no scrutiny2. The information and content portrayed on such platforms can impact its viewers, which includes minors.

It is noteworthy to mention that many governments over the world including Singapore, UK and the United States, have either already implemented online content regulations or are in the process of doing so. This has finally added a modicum of clarity and regulatory framework to a major grey area.

Furthermore, there is a need for a level playing field among other online content providers.

However, online content was in dire need of a regulatory architecture; more so to offer a protective measure to its audience, than to curb the freedom of content providers.

Anticipating the government's intervention, in January 2019, video streaming service providers had signed a self-regulatory code that laid down a set of guiding principles for regulating and prohibiting five types of content:

The current regulation does not come as a surprise. The Apex court sought the centre's response on a Public Interest Litigation (PIL) last month, for the regulation of OTT platforms by an autonomous body. The PIL alleged that no regulation was imposed on these platforms wherein the digital content is made available to the general public without any form of filter or screening. Following which the bench comprising of Chief Justice SA Bobde and Justices AS Bopanna and V Ramasubramanian, issued notices to the central government, Ministry of Information and Broadcasting (MIB) and Internet and Mobile Association of India(IAMAI)3. 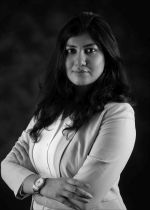