Malta: The Rise Of Occupational Pension Schemes In Malta

by VacancyCentre
VacancyCentre
To print this article, all you need is to be registered or login on Mondaq.com.

In recent past years, the retired population of Malta began to utilize their retirement funds at an increased rate. Retirement plans still have their fair share of limits and laws to abide by, which can make things complicated for those looking to use the benefits. This has given rise to occupational pension schemes surfacing in Malta.

According to the official Ministry for Finance document from the Economic Policy Department, the older aged demographic that will utilize their pensions are "projected to increase from 29.1% to 55.8% with the peak year being in 2066." Pension schemes in Malta are all earnings-related, which means employers need to plan for the future with all hires regardless of age. The process of paying out pension schemes in Malta will impact thousands of people in the country.

According to the Central Bank of Malta, the pension age will have its final increase to age "65 in 2026." Here is what some of the guidelines mean for those looking to collect:

For those who retire and are looking to collect their pension, an application must be filed within 6 months of their retirement date. According to this article from Servizz in late 2020, this is the timeline necessary for applicants to follow:

2020 was the fifth consecutive year Malta has seen an increase in occupational pension schemes. As of 2020, the new age requirement to collect a pension in Malta increased to 64 and is expected to make one final rise to age 65 by the year 2026, according to Inter Economics. The below graphs from Eurostat's 2013 projections help display this information. 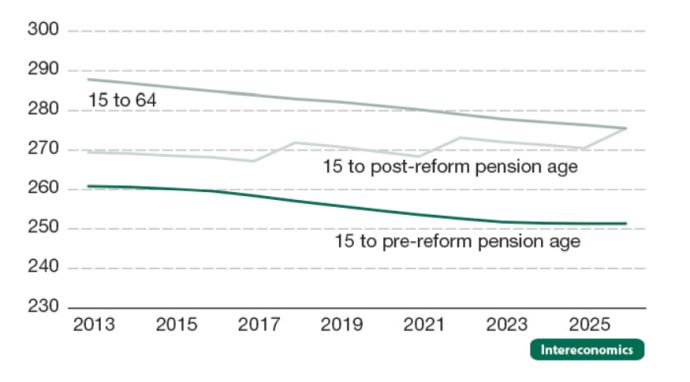 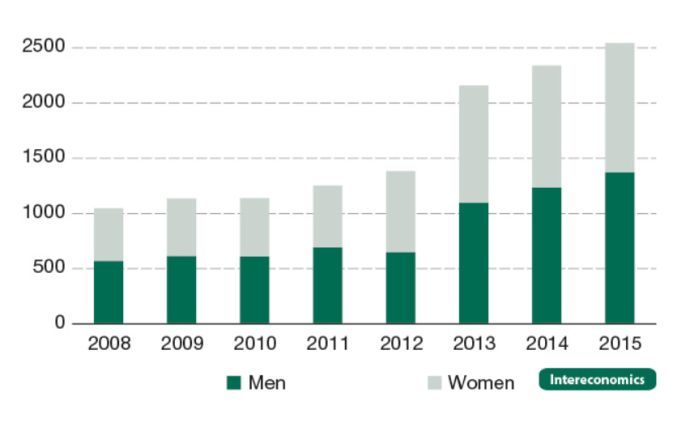 The graphs dictate that the year the pension age increased, beneficiaries also increased by about 550. Approximately 20% of men left their place of employment upon collection pension, and 36% of women left their place of employment. These are both less than they used to be. With the possibility of collecting a pension while remaining employed, it seems that is the choice taken by most. However, men appear more likely than women to meet the increasing requirements to collect a pension in Malta. The increase in pension age will likely not affect wages collected by the correlating cohorts by age.

If you live in Malta and are looking to utilize your pension in the coming years, please refer to the references linked here for more information on specific requirements that need to be met.