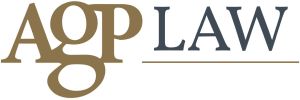 Worldwide: The Double Taxation Treaty Between Cyprus And The USA

The agreement contains a non-discrimination clause which covers taxes imposed on every level including state, local and national. It applies to natural persons and corporations, including, trusts and estates.

What is a Double Taxation Treaty?

The Double Taxation Treaty is a bilateral agreement entered into by two countries, essentially, deciding the rules on where different types of income should be taxed under different circumstances.

Generally, these treaties aim to avoid double taxation on the same income. They can be very significant for encouraging investment from one country to another.

Double taxation refers to levying of tax on the same income, asset or financial transaction more than once by different jurisdictions. This can apply to natural or legal entities. Different countries have different tax regulations. If an individual pays tax in a country it does not mean they can't be taxed for that same income in another country. This can occur when an individual is a tax resident of a country but has international income from another country, a common example of this can be owning property abroad and receiving rental income. In this case tax might have to be paid in both countries because the individual is a tax resident in one but also generating income in the other. Double taxation can also occur when shareholders are viewed as a separate entity from the corporation. Tax will be paid on the annual earnings and also on the dividends paid out to shareholders, effectively, levying tax twice on the same income.

The 1985 Double Taxation Treaty between Cyprus and the USA

In 1984, Cyprus and the USA signed a double taxation agreement which was ratified in 1985 and enforced on the 1st of January 1986. The agreement contains a non-discrimination clause which covers taxes imposed on every level including state, local and national. It applies to natural persons and corporations, including, trusts and estates.

For the purposes of this treaty, exchange of information can only take place by the competent authorities which are the US Secretary of Treasury and the Finance Minister of Cyprus. Specifically to Cyprus the tax treaty covers income tax, capital gains tax and special contributions tax. In relation to the USA the treaty covers income tax and insurance tax premiums contributions applied to foreign companies.

Article 6 of the treaty covers the sources of income which are included for the purposes of avoiding double taxation. These are:

Advantageous Position of Cyprus against low or zero tax countries

There is little interest for high tax countries to enter into Double Tax Treaties with low tax jurisdictions such as Belize and BVI because the latter often levy zero taxation. Furthermore, high tax countries will often sign treaties with one another. Even though this provides relief, many business owners will be unwilling to pay high tax even once often opting for zero tax jurisdictions instead.

Cyprus is in the unique position to utilise a competitive advantage when double taxation is an important factor. Being a low tax jurisdiction, the country has negotiated 32 Double Tax Treaties with different countries. The fiscal policies of Cyprus still offer some of the lowest tax rates across Europe while being considered an "on-shore" jurisdiction. Corporate Tax is fixed at 12.5%, furthermore there is zero taxation of dividends and interests, these are just two examples of why it is considered as a first choice International Business Centre offering the benefits of low taxation in a stable transparent European environment.