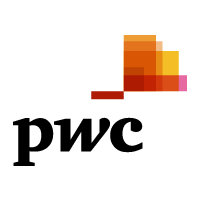 by
PwC Cyprus
0 Liked this Article
To print this article, all you need is to be registered or login on Mondaq.com.

The Cyprus Parliament voted on 5 April 2019 the first implementation law in Cyprus of the EU Anti- Tax Avoidance Directive (ATAD) and more specifically on the following areas:

The first ATAD implementation law will enter into force on the date that it will be published in the Cyprus Government Gazette with an effective date as from 1 January 2019 i.e. for tax years 2019 and onwards.

Cyprus, consistent with the options foreseen by the ATAD, excluded from the scope of application of this rule:

The term 'borrowing costs' is broadly defined and covers interest expenses on all forms of debt, other costs economically equivalent to interest expenses as well as expenses incurred in connection with the raising of finance including, for example, payments under profit participating loans, financing related hedging costs and guarantee fees. Consistent with the OECD BEPS Action 4, from which the interest limitation rule derives, the annual Cyprus Notional Interest Deduction (NID) which is calculated on new equity (introduced in Cyprus with effect from 1 January 2015) is not considered as 'borrowing costs' for the purposes of this rule.

The interest limitation rule applies to EBCs irrespective of whether the financing is with related parties or third parties.

Grandfathering of loans concluded before 17 June 2016

When determining the amount of deductible EBCs that may be limited under this rule, the EBCs of loans concluded before 17 June 2016 are excluded and remain deductible. This exclusion shall not extend to any subsequent modification of such loans.

When determining the amount of deductible EBCs that may be limited under this rule, the EBCs, arising from loans used to finance long-term infrastructure projects in those cases where the project operator, borrowing costs, assets and income are all in the EU are excluded and remain deductible.

The corresponding taxable profit from such long-term infrastructure projects is excluded from the taxable EBITDA.

The interest limitation rule also contains carry forward provisions. EBCs not deductible in a tax year due to the application of this rule may be carried forward to future tax years for up to 5 years. This 5- year carry forward is in line with Cyprus' 5-year income tax loss carry forward rule. Additionally unused interest capacity (i.e where the amount of 30% of taxable EBITDA is in excess of the EBCs for a tax year) that has not been utilised within a tax year may be carried forward for use for the next 5 tax years.

The above carry forward provisions are subject to an anti-abuse rule in certain cases of change in ownership of the company.

A CFC is a low taxed non-Cyprus tax resident company in which the Cyprus CIT taxpayer, alone or together with its associated enterprises, holds a direct or indirect interest of more than 50%.

The CFC rule does not apply to non-Cyprus tax resident companies (or exempt foreign PEs):

ii) of which the accounting profits amount to no more than 10% of their operating costs for the tax period. For the purposes of this exception operating costs do not include the cost of goods sold outside the country where the non-Cyprus tax resident company (or the exempt foreign PE) is tax resident and payments to associated enterprises.

Cyprus has opted for the Model B approach as foreseen in ATAD.

When a non-Cyprus tax resident company (or an exempt foreign PE) meets the definition criteria of CFC (refer to Scope, section 2.1 above), the Cyprus CIT taxpayer must include in its taxable profit the non-distributed income of the CFC to the extent such income arises from non-genuine arrangements which have been put in place for the essential purpose of obtaining a tax advantage (refer to Nongenuine arrangement test, section 2.4 below).

Non-distributed income of the CFC is defined as the after tax accounting profit of the CFC, which has not been distributed to the Cyprus CIT taxpayer during the Cyprus tax year in which the CFC profits are included (refer to Inclusion rules, section 2.5 below), or within the next seven months.

An arrangement or series thereof shall be regarded as non-genuine to the extent that the CFC would not own the assets or would not have undertaken the risks which generate all, or part of, its income if it were not controlled by the Cyprus CIT taxpayer where the significant people functions (SPFs) which are relevant to those assets and risks, are carried out and are instrumental in generating the CFC's income.

The same provisions apply in those cases where the CFC generates losses instead of profits. The CFC income or loss, depending on the case, to be included in the taxable profit of the Cyprus CIT taxpayer is calculated based on the Cyprus CIT taxpayers' percentage of entitlement of the CFC's profits. The CFC income or loss must be included in the Cyprus tax period in which the tax year of the CFC ends. Upon inclusion, such income or loss shall be subject to the normal Cyprus corporate income tax rules.

Cyprus shall grant a tax credit against the Cyprus corporate income tax payable for certain taxes paid abroad on the CFC income.

Additionally rules have been put in place to prevent double taxation in Cyprus in cases where income that has previously been included in Cyprus under the CFC rule is subsequently actually distributed or realised through a disposal of investment.

The Cyprus ATAD first implementation law includes the ATAD GAAR. This requires (for the purposes of calculating the Cyprus corporate income tax liability of the Cyprus CIT taxpayer) an arrangement or a series of arrangements to be ignored where these, having been put into place for the main purpose or one of the main purposes of obtaining a tax advantage that defeats the object or purpose of the applicable tax law, are not genuine having regard to all relevant facts and circumstances. An arrangement or a series thereof shall be regarded as non-genuine to the extent that they are not put into place for valid commercial reasons which reflect economic reality.

The Cyprus ATAD first implementation law is further clear indication of Cyprus's willingness to comply fully with EU tax initiatives and to adapt fully to a "post-BEPS" international tax environment. Clarifying interpretative circulars are expected to be issued by the Cyprus Tax Authority (CTA) in the coming months in order to provide more practical guidance on this law.