China: Supreme Court Of China: HONDA Can Put The Brakes On Exportation Of HONDAKIT

The Supreme Court of China recently held that manufacturers with trademark registrations in China may ask China Customs to prevent counterfeit or infringing products from being exported from China to overseas markets, even if the manufacturer has not sold or advertised the products in China. The Supreme Court's decision demonstrates that it is critical to record trademark registrations with China Customs. Otherwise, a rights owner may be unable to prevent counterfeit or infringing products from leaving China.

Honda Motor Co., Ltd. recorded its HONDA word mark with China Customs in 1988 for automobiles and parts—and has used the mark in China since it was recorded. In June 2016, China Customs found 220 motorcycle parts that were being exported from China to Myanmar under the mark HONDAKIT. Honda asked China Customs to detain these parts, and it brought a court action against the manufacturer of the parts, Chongqing Hensim Group Limited ("Hensim") for counterfeiting and trademark infringement. In its defense, Hensim alleged that the exporting company, Mei Hua Company Limited of Myanmar ("MH") had registered the HONDAKIT mark for automobile parts in Myanmar. Hensim then argued that its contract with MH gave it the right to rely on MH's Myanmar registration to defend itself against Honda's claims in Chinese courts. 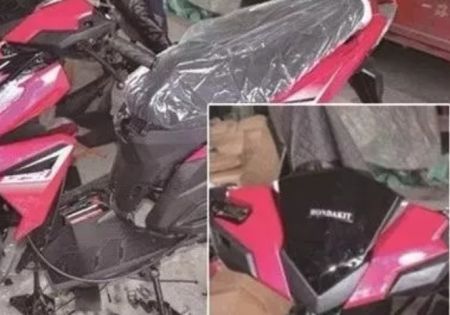 Rejecting Hensim's arguments, Taizhou City Intermediate Court (Taizhou City was the port from which the products were to be exported) ruled in favor of Honda, issued a permanent injunction against Hensim, and awarded Honda damages of US$50,000. Hensim then appealed to Yunnan Province High Court. The High Court overturned the Intermediate Court's decision, finding that mere manufacturing activities for the sole purpose of exporting the products to overseas markets did not constitute "trademark use" in China. Thus, in the High Court's view, Hensim had not violated Chinese law even if its products bore counterfeit marks.

Honda subsequently requested review by the Supreme Court of China. The Supreme Court vacated the High Court's decision ruling that because "trademark rights . . . are limited to geographic regions . . . .  Trademark owners will not be afforded rights without registration in China, even if [the trademark owner] had registration rights overseas. Similarly, a licensee [i.e., Hensim] claiming to have rights to use a mark based on the licensor's [i.e., MH] foreign registrations cannot be protected against the rightful owner of the registered mark in China." The Supreme Court also affirmed the US$50,000 damage award to Honda.

In light of this decision, even trademark owners who only manufacture their goods in China should record their rights with China Customs.

ARTICLE TAGS
China Intellectual Property Trademark
POPULAR ARTICLES ON: Intellectual Property from China
Patent Law in India
Anand & Anand
The Patents Act 1970, along with the Patents Rules 1972, came into force on 20th April 1972, replacing the Indian Patents and Designs Act 1911. The Patents Act was largely based on the recommendations of the Ayyangar Committee Report headed by Justice N. Rajagopala Ayyangar. One of the recommendations was the allowance of only process patents with regard to inventions relating to drugs, medicines, food and chemicals.
Compulsory Licensing In India
Khurana and Khurana
WIPO defines patent as an exclusive right granted for an invention, which is a product or a process that provides, in general, a new way of doing something, or offers a new technical solution to a problem
Assignment And Licensing Of Copyright
Singh & Associates
Copyright is a protection given to the creators of certain types of works as an acknowledgment to their intellectual input
Patents Law In India - Everything You Must Know
Vaish Associates Advocates
The presentPatents Act, 1970 came into force in the year 1972, amending and consolidating the existing law relating to Patents in India
Passing Off For Registered And Unregistered Trademarks
Khurana and Khurana
The Trademarks Act, 1999 (herinafter referred to as ‘the Act") gives rights and protection in the form of remedies to not only registered but also unregistered trademarks.
All You Need To Know About "Well-Known Trademarks"
Khurana and Khurana
With coming up of the new Trade Mark Rules 2017, a new procedure has been created that allows the Registrar to proclaim a particular trademark as "well known".
FREE News Alerts
Sign Up for our free News Alerts - All the latest articles on your chosen topics condensed into a free bi-weekly email.
Register For News Alerts
Article Tags
China Intellectual Property Trademark
Similar Articles
Powered by mondaq AI
MATCH
66%
China Trademarks: Exporting Without Registering Kangxin
66%
OEM Liability Decision Protects Against Bad-Faith Trademarks, But Leaves Border Protection Questions Unanswered AnJie Law Firm
Related Articles
【华源原创】空间音频——苹果未来规划中的一小步 Kangxin
Licensor Need Not Reimburse Licensee For Unauthorized Advertising Expenses In China Finnegan, Henderson, Farabow, Garrett & Dunner, LLP
習近平総書記「知的財産権保護を全面的に強化」 Kangxin
罗永浩直播事业风生水起，那些"罗永蚝"和"螺永浩"们也想来蹭一波热度… Kangxin
China's 2021 New Patent Law: What Companies Need To Know HFG Law & Intellectual Property
Mondaq Webinars
Arbitration is Common and Civil
OBLIN Attorneys at Law LLP
Webinar Wien Austria
Construction Disputes: What Will 2021 Bring?
SCHOUPS Advocaten Avocats Lawyers
Webinar Brussels Belgium
More Webinars
Comparative Guides
Cartels
Merger Control
Patents
Mondaq Advice Centres
Global
Trademarks in SAARC Countries
Global
Investment Immigration
More MACs
Curated Content
A Framework For Examination Of Personal Devices Under The Turkish Competition Authority's New Guidelines – How It Converges With And Differs From The EU Practice
ELIG Gürkaynak Attorneys-at-Law
Digital Securities Business Is About To Bloom
Anderson Mori & Tomotsune
A Different Perspective To Employer`s Liability For Anti-Competitive Behaviors: Arçelik's Application For Leniency
ELIG Gürkaynak Attorneys-at-Law
Losing The Battle, Winning The War? – Ramifications Of The Newly Introduced Settlement Mechanism Under Turkish Competition Law
ELIG Gürkaynak Attorneys-at-Law
Upcoming Events
Mondaq Social Media