One of the defenses available to defendants in a trademark infringement action is laches. If proven, laches can bar some or all the relief requested by the plaintiff. Like the U.S. practice, to establish laches in China, a defendant must prove that the plaintiff unreasonably delayed in enforcing its rights for more than five years, and the delay caused prejudice to the defendant.  A recent decision by the Beijing High Court provides new guidance on what constitutes "prejudice" in that the defendant must prove that its use of the infringing mark has generated actual brand goodwill.

In Anta (China) Co., Limited v. State Intellectual Property Bureau, the Beijing High Court dismissed the bad faith filer defendant's laches defense, finding that the plaintiff could not have prejudiced the defendant because the defendant's use of the plaintiff's famous mark did not generate any actual goodwill.

Anta is a Chinese sporting goods corporation and the world's third-largest sportswear company by revenue in 2019.  Anta sold apparel, footwear,and sporting equipment since 1994, but not eyewear: 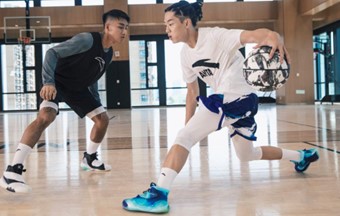 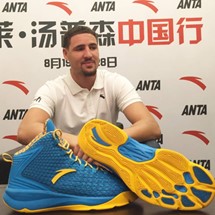 Just like many Western brand owners, Anta made a mistake of not registering its Chinese character mark early to cover eyewear as accessories to its apparel products.

In 2011, a Chinese indivual raced to the China Trademark Office and registered a composite mark containg the ANTA Chinese mark for eyewear:

（the "ANTA Chinese Mark"）as displayed below: 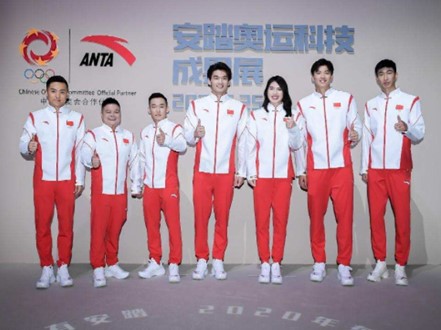 Anta did not object to the defendant's registration or use of the Infringing Mark until six years later, or 2017.  The China Trademark Office dismissed Anta's petition for cancellation, based on the defendant's laches defense that Anta delayed in enforcing its rights for more than 5 years and that delay prejudiced the defendant.  Beijing IP Court affirmed the dismissal and Anta appealed to the Beijing High Court.

) and had licensed them to others for use in the marketplace on eyeglasses.

In the past, Chinese courts did not distinguish between a bad faith filer's use of an infirming mark and a brand owner's use of a mark, presuming that use and investment in a trademark always generated some degree of business goodwill or brand recognition by the public.  This presumption frustrated brand owners in enforcement actions, where brand owners' delay in enforcing its rights overseas in China forfeited their opportunity to remove any bad faith filing  Armed with this decision, however, brand owners may eviscerate a bad faith filer's laches defense and protect its famous marks much better in China.

ARTICLE TAGS
China Intellectual Property Trademark Litigation, Mediation & Arbitration Trials & Appeals & Compensation
POPULAR ARTICLES ON: Intellectual Property from China
Patent Law in India
Anand & Anand
The Patents Act 1970, along with the Patents Rules 1972, came into force on 20th April 1972, replacing the Indian Patents and Designs Act 1911. The Patents Act was largely based on the recommendations of the Ayyangar Committee Report headed by Justice N. Rajagopala Ayyangar. One of the recommendations was the allowance of only process patents with regard to inventions relating to drugs, medicines, food and chemicals.
Assignment And Licensing Of Copyright
Singh & Associates
Copyright is a protection given to the creators of certain types of works as an acknowledgment to their intellectual input
New Aussie Domain Name
Davies Collison Cave
A new Australian domain name, .au will be available from 24 March 2022. Australian individuals, businesses, and organisations will be able to register their existing and new domain names in the .au domain name space...
Patent Specification - Where The Rubber Meets The Road
Singh & Associates
In order to obtain a patent, an applicant must fully and particularly describe the invention therein claimed in a complete specification.
Compulsory Licensing In India
Khurana and Khurana
WIPO defines patent as an exclusive right granted for an invention, which is a product or a process that provides, in general, a new way of doing something, or offers a new technical solution to a problem
What Can Be Patented In India?
Intepat IP Services Pvt Ltd
Sections 3 and 4 of the Indian Patents Act, 1970 specifically state exclusions to what can be patented in India.
FREE News Alerts
Sign Up for our free News Alerts - All the latest articles on your chosen topics condensed into a free bi-weekly email.
Register For News Alerts
Article Tags
China Intellectual Property Trademark Litigation, Mediation & Arbitration Trials & Appeals & Compensation
Related Articles
国家知識産権局、『商標審査審理指南』の公告（第462号)を公布 Kangxin
Trademark MOCCA Cancelled As Generic Name In China Chofn Intellectual Property
江蘇徐州市、商標関連知財民事事件の訴訟調停連携体制を確立 Kangxin
GossIP – November, 2021, HFG Law&Intellectual Property Newsletter HFG Law & Intellectual Property
深セン検察院、「知的財産権刑事法律保護活動白書」を発表 Kangxin
Mondaq Webinars
Employment in The Netherlands – Significant Challenges That Lie Ahead in 2022
ACG International
Webinar Amsterdam Netherlands
What Can Be Achieved in Luxembourg in Terms of Securing Assets in Pre-Trial, Pre-Enforcement Situations?
Bonn Steichen & Partners
Webinar Luxembourg Luxembourg
More Webinars
Comparative Guides
Cartels
Franchising
International Arbitration
Merger Control
Trademarks
More Guides
Mondaq Advice Centres
Global
Trademarks in SAARC Countries
More MACs