China: A New Pilot Free Trade Port Will Be Established In China!

October of this year, the 19th National Congress of the Communist Party of China ("CPC") was held in Beijing. The General Secretary of the CPC, Mr. Xi Jinping, announced a very ambitious development plan for China for the coming thirty years. He declared that China will stick to the "reform and open-up" policy. Hence, the government will give more reform power to the pilot free trade zone, and will explore the possibility of establishing a free trade port in China.

On November 10th, Mr. Wang Yang, a member of the Politburo Standing Committee of the CPC and the Vice Premier of the State Council, published an article in the People's Daily (an official newspaper of the CPC). Mr. Yang defined the free trade port as a special area that is located within the national territory and outside of the customs; goods/capital/people can enter and exit freely.

In addition, most goods are exempted from duties and taxes. This area is a special economic function area at the highest level for an open process. It means that China will use more international and professional standards to establish the free trade port soon. 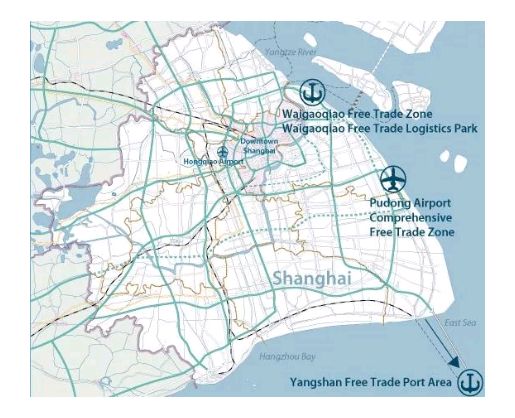 One of the main policies likely to be implemented in the free-trade port is offshore trade. Unlike entrepot trade, offshore trade does not need the goods transportation pass system from the port of transshipment.

If the same company was operating under offshore trade, the same Chinese company would not have to arrange the transshipment. It could transport the goods from South-Korea to Spain directly. Understandably, offshore trade will decrease the cost of international trade operators.

Offshore finance is also expected to be part of the operations carried out in the free trade port. Although some finance policies have been loosened by the central government in the pilot zone in the past years, the capital flow is still limited by a complex administration system.

Recently, the Chinese government stated that it will continue opening the financial market to the foreign investment by a wide margin. It appears that more financial administration regulations may be loosened in the free trade port.

According to relevant reports, Mr. Zheng Yang, the director of Shanghai Finance Office, stated that the offshore finance policies will include the relevant measures to improve convenient procedures for the capital flow, optimize the cross-border capital service for RMB and other foreign currencies,enhance the innovation on the cross-border RMB finance products, and facilitate the new out-border finance model.

China is presently the second-biggest economy in the world, and the world's largest trader. A free trade port would inject more dynamism into its economic development.

The foreign international trade companies and finance institutions could choose the free trade port in China to expand their business. However, we must not ignore that all the policies, which are expected to be implemented in the free trade port, will go through a long administrative process. After all, Rome was not built in a day!

Our suggestion to foreign business community, is to keep an eye on the news relevant to the establishment of the free trade port, and to make quick business decisions when the preferential policies are published in the coming months.